The story started with a picture of a place she never knew existed.

That place was Paradise Park, and everyone in the picture was black.

That picture inspired Cynthia Wilson-Graham to work on her first book with author Lu Vickers. On Wednesday, she will speak at Silver Springs State Park in Marion County about the book, “Remembering Paradise Park: Tourism and Segregation at Silver Springs,” which was published in September.

She saw the decades-old photo in the one-room Black History Museum of Marion County in 2005. The photograph shows 11 black men and women craning their necks to see the view beneath a glass-bottom boat in a part of the state park called Paradise Park.

Paradise Park, open from 1949 to 1969 when the park closed due to integration, was a portion of the park designated for black people, Wilson-Graham said.

“I’ve been to Silver Springs hundreds of times, but I’d never heard of this park,” 51-year-old Wilson-Graham said.

The picture taken in Paradise Park sparked 10 years of investigation and collaboration between she and Vickers.

Wilson-Graham spearheaded the project alone until Vickers, an author and teacher of African-American literature at Tallahassee Community College, asked to partner with her.

Vickers, 57, had written several books related to Florida history and natural springs and said she was interested in covering Paradise Park.

With research and interviews from Wilson-Graham, Vickers wrote the book. Vickers did her own research as well, and she interviewed about 30 people.

Wilson-Graham said because Vickers is a writer, she could detail the book’s picture well.

“Lu is white. Her perspective is going to be different,” Wilson-Graham said. “The person looking from the outside in can offer something different.”

Over the course of the project, Wilson-Graham said about 50 to 60 individuals were interviewed, ranging from park visitors to park employees and more. She also collected four to six cardboard boxes of research.

Wilson-Graham said she had three main goals, and two have been met.

She published the book, and a Paradise Park historical marker was installed in October to mark the spot as a historical heritage site.

As her third goal, she said she hopes to restore part of Paradise Park’s grounds, but she’s not yet sure in what capacity.

“My goal is to tell the story – to make sure the story is told,” Wilson-Graham said.

Wilson-Graham considers herself multi-racial. She is African-American, white and Native American.

Her passion for history came when she was researching her own family history. She said she discovered there was little documentation of her roots.

“When I was in school, I feel like they robbed me,” said Wilson-Graham, who has been a resident of Marion County for more than 40 years. “They didn’t give me enough of my own history.”

“We forget that people had lives,” Vickers said. “That they went on picnics with their families. [The book] shows a different side of segregation.”

Wilson-Graham is a community activist and said Marion County has many individuals who have been trailblazers in African-American history preservation, but she said it is time for younger generations to pick up the ball.

“You just don’t have a sign saying colored only, but we’re still dealing with those same issues,” Wilson-Graham said.

Wilson-Graham said many people did not understand why the story of Paradise Park was worth telling.

“History is history. It is what it is,” Wilson-Graham said. “It’s not trying to bring up old memories or sore wounds. It’s just trying to let them know that the story existed.”

She said some people she interviewed have since died. Bruce Mozert, an Ocala photographer, provided most of the black-and-white photos for the book. He died Oct. 14 at the age of 98.

Vickers said she hopes the book will spark a conversation about segregation and that people will possibly write books about African-American history in their regions as well.

“History is out there, but it must be told,” Wilson-Graham said.

Lindsay is a reporter who can be contacted by calling 352-392-6397 or emailing news@wuft.org.
Previous Eastside High School Teacher Wins Oral History Award
Next UF Preservationists Key in Telling Story of St. Augustine 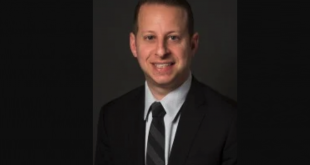