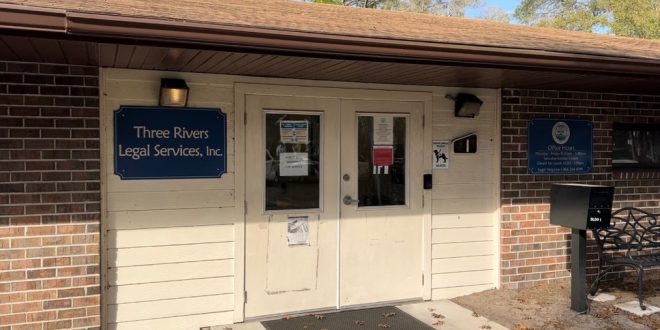 In March of 2021, the City of Gainesville approved the donation of 11 city-owned plots of land to the Alachua Habitat for Humanity. With the donation, the City intended to enable the construction of affordable homes to be sold to first-time homeowners at accessible prices.

The project was lauded by public officials as a step toward achieving equity and enabling generational wealth. However, the origin of the plots of land that the City donated is an example of an issue that the U.S. Department of Agriculture considers the “leading cause of Black involuntary land loss.”

According to City Commissioner Harvey Ward, the original owners of the land that the city donated were involved in heir property cases that resulted in the loss or abandonment of their plots. The city ultimately acquired the land in auction or seized it for tax evasion reasons.

Attorney Joan Flocks, a faculty member at the UF Levin College of Law, explained that heir property issues arise when a person passes away without leaving a validly executed will. In those instances, the property remains under the deceased person’s name until the title is “cleared,” which is a complex and expensive legal process handled by the courts.

When there are multiple legal heirs, each of them has a right to the property, and the clearing process requires they all agree on what to do with the estate.

Traditionally, the initial heir would be the person’s spouse, followed by their children, then the children’s descendants and so on. However, this flowchart can change, especially in mixed families where there could be children from different marriages.

“You go through two or three or four generations, and all of a sudden, this property that everybody in the family thought was very clearly delineated, is owned by 40 people, many of whom aren’t even in town anymore,” Ward said. “You don’t get the benefits of homeownership the way that other folks do.”

According to Ward, there are anywhere from 600 to 800 properties within city limits that remain in heir property status. The issue is particularly prevalent in underserved communities and has historically affected Black citizens the most.

Without clear titles, homeowners become ineligible to take out loans against their property, receive emergency assistance from FEMA following a disaster or apply for tax exemptions if they are experiencing poverty or fall under a protected category.

In a move to help these vulnerable owners keep their properties, the City of Gainesville rolled out a new assistance program that intends to provide low-income homeowners involved in heir property cases with the legal help they need to get the titles to their real estate assets cleared.

The city has set aside a budget of $250,000 to hire legal services for these individuals through Three Rivers Legal Services, a North Florida law firm that specializes in probate and estate planning issues.

“We’re working with the property appraiser’s office, with tax collector’s office, with the county to really make an effort at this in a way that no other city in America, that I’m aware of, is doing,” said Ward, who pioneered the program within the commission

The assistance program is being implemented through the Gainesville Community Reinvestment Area (GCRA) a department of the City of Gainesville created in 2020 to improve the conditions of neighborhoods that have been historically underserved.

According to Chelsea Bakaitis, the project manager at the GCRA overseeing the heir property assistance program, people experiencing heir property issues are eligible for assistance if their property is located within the GCRA district and if their income is below 120% of the median income for the Gainesville area, per federal guidelines.

Currently, the assistance program is only available to homeowners within the GRCA, but Ward explained that this was only a pilot program, and if it proves to be successful, the commission might look to expand it outside the reinvestment district.

According to County Commissioner Anna Prizzia, another reason for that decision is that the GCRA district is particularly vulnerable to gentrification, and investors are known to take advantage of people that do not have clear titles.

“It gives developers an opportunity to potentially prey on those families who are in heir properties because all they have to do is find one heir that’s willing to sell their interest,” Prizzia said. “And that might be a 1/67 interest or 1/82 interest in that, and suddenly, the developer can force the sale of that whole property at having just that one small interest.”

According to Rachel Rall, managing attorney at Three Rivers Legal, since applications opened, the firm has onboarded 12 clients through the heir property assistance program. She encourages people to become informed about their rights and to take advantage of the program to make sure that their property is safe from unexpected outcomes.

“A lot of people are intimidated by attorneys, and they don’t trust us,” Rall said. “That’s one of our biggest hurdles: getting people to trust that we’re not trying to take their property. We’re actually trying to protect it for them.”

To take advantage of this program, homeowners can reach out to the Gainesville Community Reinvestment Area at (352) 393-8200.

WUFT-FM’s Elliot Tritto reported an audio version of this story:

Jose is a reporter for WUFT News who can be reached by calling 352-392-6397 or emailing news@wuft.org.
Previous First and Fastest: How Olympic Gold Medalist Erin Jackson impacts the local roller sports community
Next Marion County combating stray animal stereotypes with help of the Humane Society