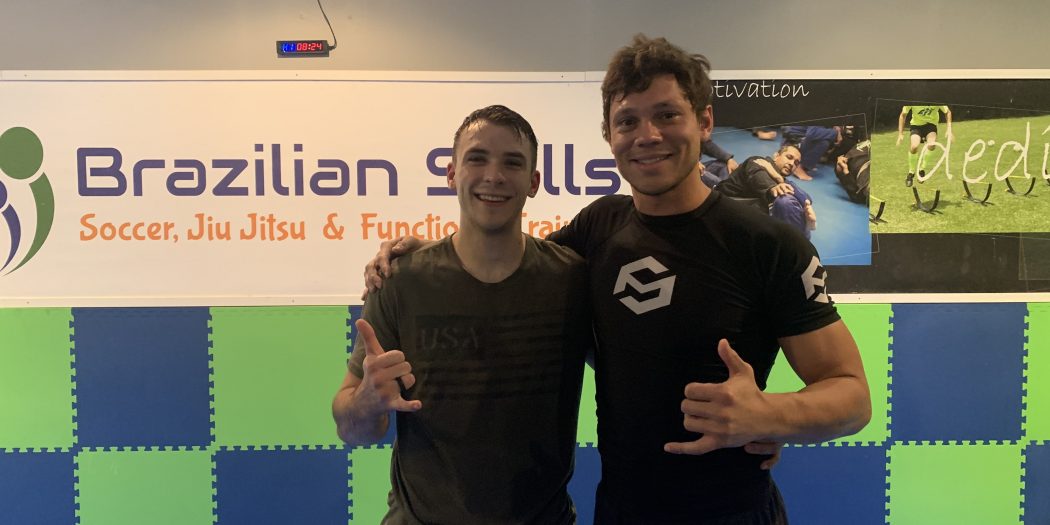 Brazilian Jiu Jitsu Gainesville is one of the many martial arts studios and academies in Gainesville. This academy opened in October and marks the culmination of two friends’ dreams.

Rezende said he wanted to move to Gainesville to be closer to his community of friends and be around the peace and nature of the city. Nicholas Swartz, 22, the president of Brazilian Jiu Jitsu Gainesville and University of Florida exercise science and pre-med senior, offered him a place to stay at his apartment and to help to open a Brazilian jiujitsu gym.

“I’ve always looked up to him as he’s the one who got me interested in jujitsu in the first place,” Swartz said. “He’s been almost like a big brother to me.”

Rezende has been practicing Brazilian jiujitsu since he was 12 years old. He moved to Miami from Brazil when he was 18 years old to follow his passion of Brazilian jiujitsu. At 21, he held a black belt in the martial art. He has since competed over the world and awarded titles such as World Expo GP Champion, World No Gi Champion and Pan American NoGi Champion.

At 31, Rezende now owns and teaches at his academy. He said Brazilian jiujitsu gave him a purpose in life.

He said he has seen the impact of jiujitsu on his students: Their confidence grows. They overcome their fears.

“It’s not just like fighting,” Rezende said. “It’s a way to develop yourself mentally, physically, spiritually.”

Swartz helped set up the business through the licensing process and other behind-the-scenes work. He said a friend introduced him to the owner of Brazilian Skills, located at 3832 West Newberry Road, which hosts physical, technical and tactical soccer training, jiujitsu, running group, Capoeira and functional training.

Within about 30 days of conceptualizing the gym, Swartz and Rezende secured a studio in the Brazilian Skills facility to start teaching classes out of. The room was already equipped with matts needed for Brazilian jiujitsu training.

“I look at it as like a gift from God because it was basically everything, exactly what we’re looking for ready, handed to us on a silver platter, ready to go,” Swartz said.

“It was awesome,” Swartz said. “We had our friends come out and support. It was really nice, it went really well.”

Ethan Pham, a 20-year-old microbiology and pre-med student at UF, said he talked to Rezende at the Plaza of the Americas when he was handed a flyer.

“At first, I thought he was another guy handing out flyers, but he was super welcoming and gave off a really calming energy,” Pham said. “He wasn’t trying to advertise fighting, but more of a lifestyle focused around acceptance from a community but also a discipline and morals that one can learn from Brazilian jiujitsu, which I thought was amazing.”

He said he has been interested in Brazilian jiujitsu for the past two months since he has a background in wrestling from high school. He said he is intending to go to a class soon.

In the coming months, Swartz said he hopes to expand the studio’s student base and attract students from UF. The academy also has goals of helping women learn self-defense amid rising sexual assault reports in Gainesville and outreach with the Gainesville Police Department to help provide alternative training for officers when faced with combat scenarios.

“We really want to make an impact on the community,” Swartz said. “Jujitsu is not about hurting other people; jujitsu is about neutralizing your opponent in the most safe way possible.”

With these initiatives on the horizon of their young business, Rezende hopes to inspire kids in the community the same way he was inspired when he was a young student.

“You are stronger than you think, and the more we dedicate ourselves to something new, the more we put in as a student, the more we grow,” Rezende said.

Michelle is a reporter for WUFT News who can be reached by calling 352-392-6397 or emailing news@wuft.org.
Previous Pleasant Street cottage wins top new Airbnb host in Florida
Next UF Health provides Marine with double lung transplant