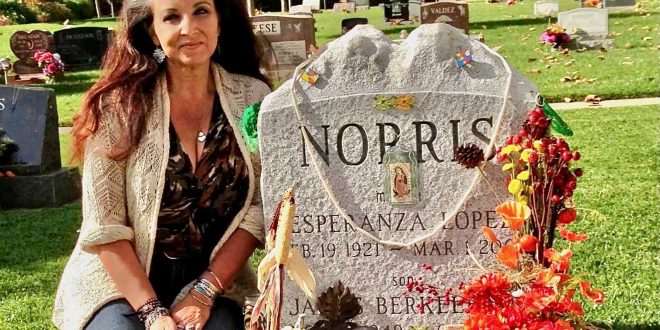 Rosemary Norris-Southward’s goal was to recover the remains of her brother so that he could be buried with their mother. They now lie together in the San Francisco Bay area. (Photos courtesy of Norris-Southward)

Nearly 50 Years Ago, Jimmy Norris Was Killed In Florida. The Cold Case Is Accelerating Thanks To New Leads

Rosemary Norris-Southward was not quite 14 years old when she watched her brother walk out of their home for the last time.

Forty-six years later, she said she feels closer to James “Jimmy” Norris than she has in decades.

“I’ll be back in a few days,” Norris-Southward remembers her brother telling her and their mother on Oct. 2, 1974, as he left his San Francisco Bay Area home.

He was going to Miami to buy some Colombian marijuana with the $12,000 he and his friends had pooled together. Norris was looking to buy as much marijuana as he could to resell it in California, and with today’s money, $12,000 could get you nearly $61,000 of whatever you wanted.

Norris never made his purchase.

The last thing his family received from Norris was a postcard, dated Oct. 4, 1974 and sent from Inglis, a town about 40 miles west of Ocala. It said that he would be home soon.

Norris never made it home.

Like most mothers, theirs had a feeling that something was not quite right, Norris-Southward said in an interview this month. While she knew that her 24-year-old son was a free spirit and tended not to be the most dependable in being somewhere when he said he would be, she could not shake her feeling.

She spoke to the son’s friends, law enforcement in California and Florida, the FBI and a private investigator, all to no avail.

Nobody could find James Norris.

That was the case for two years.

On April 19, 1976, a bulldozer operator in Dixie County rumbled upon human skeletal remains. He immediately called the sheriff’s office.

The technology available in 1976 was not capable of identifying the remains, and they stayed unclaimed for nearly 30 years.

It was not until 2011 that, due to advancements in technology and the help of Norris-Southward providing a DNA profile, James’ body was able to be identified.

James Norris had been found, 36 years after his disappearance.

The question shifted from “Where is he?” to “Who did it?”

Since 2011, Norris’ case has been labeled a homicide, and that question has burned in the minds of Norris-Southward, the Florida Department of Law Enforcement and the Dixie County Sheriff’s Office.

Still, it’s been a decade with little to no advances in their search.

“We never expected there would be a homicide investigation,” Norris-Southward said. “We just wanted to recover his remains and bury him in the Bay Area with his mother.”

“We do this once a year,” FDLE spokesperson Jessica Cary said, referencing the leads. “If we keep the drumbeat going, then people will be informed.”

“Obviously, what’s out there is out there,” Dixie County Maj. Scott Harden said. “We can’t say much without pointing a finger at someone.”

While the specifics involving Norris’ case are not available, his surviving family members are allowing themselves some amount of eager anticipation.

“It’s very exciting right now,” Norris-Southward, said. “There were times when we were optimistic, but never like this. It feels like they’re on the edge of something.”

For the Norris family, it has been a long 46 years without their brother. The desire to find not only him, but also his justice, kept them motivated.

“It makes me mad that someone got away,” Norris-Southward, said. “What makes me mad is to think someone did that to him, left him to rot like trash and went on to live a long life, have kids, get married, go to college, just have a rich life experience that they stole from Jimmy.”

The case tends to be an emotional roller coaster, she said, but the FDLE has done a good job communicating with our family.

“We’ve always felt we were in good hands,” Norris-Southward, said. “This is the first time that we felt that it was possible.”

Timothy is a reporter for WUFT News who can be reached by calling 352-392-6397 or emailing news@wuft.org.
Previous Legal Dispute Leaves Florida Supreme Court Without Black Justice For First Time In Nearly Four Decades
Next Alachua County Public Schools Donate Buses To Local Churches And Nonprofits