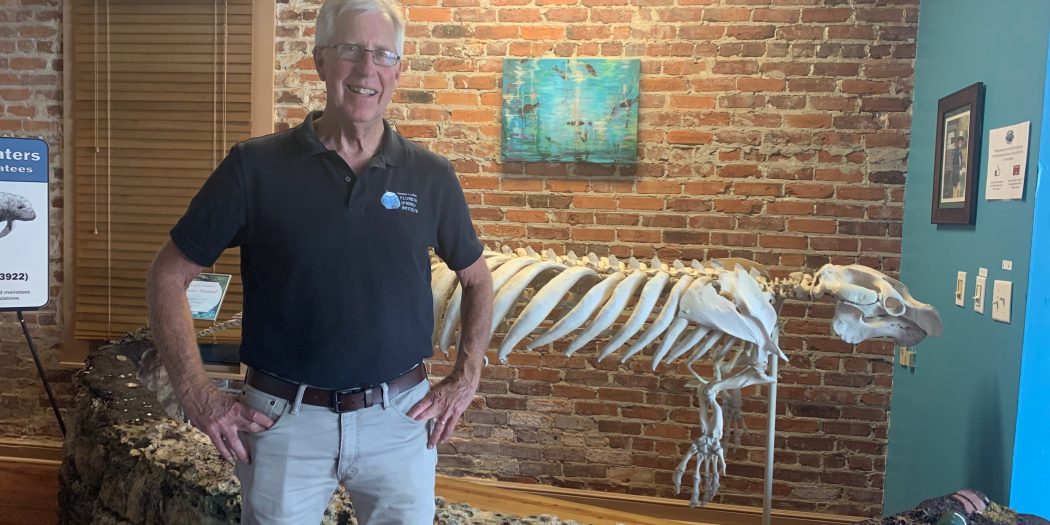 Robert Knight has led the Florida Springs Institute since founding it in 2010, and has taught these free classes for the past four years. (Karmiyis Edwards/WUFT News)

Free Classes About The Florida Springs To Be Held Through May

The Florida Springs Institute has begun an eight-month effort toward better educating people about the state’s springs and other freshwater resources.

It’s holding monthly classes on the first Tuesday of every month until May, with the next one scheduled for Nov. 5 from noon to 1 p.m. at the corner of Northwest 237th Street and U.S. Highway 27 in High Springs. The classes are free and open to the public.

The first class in October consisted of an overview of Florida’s springs. It detailed how human interaction has affected springs, rivers and lakes over the years and how efforts can be made to repair damages already done.

Robert Knight, the institute’s executive director and class instructor, also explained where spring water comes from and why managing the Floridian aquifer is so important.

His presentation included “before” photos that showed how springs throughout Florida flourished with animals, vegetation and bright blue water before humans started to pump water and use them for recreational purposes.

The “after” photos showed a lack of vegetation and water browner than it was before.

Mermaid Michi, a water conservationist and traveling mermaid based in Ocala, was also in attendance.

She frequently hosts meetups, with other people who dress up as mermaids, at local springs such as Ginnie Springs, Devil’s Eye and Silver Springs.

“I enjoy raising awareness about Florida’s springs, and this class is a great resource for people,” she said.

She also said the class is great for those wanting to get involved in, and learn more about, conservation.

There were about 15 people in attendance for the opening class, and Connie Brown, the Institute’s associate director, said the class is big enough to accommodate around 30. State Rep. Anthony Sabatini, R-Tavares, said he traveled to attend the first class because he was curious about the issues facing the springs.

Knight said he enjoys teaching the classes and looks forward to these eight months.

“I touch on everything in the Springs Academy in terms of things that we need to know about springs, such as why they’re important, what’s wrong with them and what we can do about it,” Knight said.

Class-goers typically eat lunch afterwards at the Great Outdoors Restaurant down the street.

Knight formerly taught springs ecology at the University of Florida from 2006 to 2012. He said this class is his way of condensing that class into six short lectures.

He started the Florida Springs Institute in 2010. Prior, he worked designing wetland systems for treating wastewater, such as Gainesville’s Sweetwater Wetlands Park.

He said the academy is a great way for people to go to college without actually having to pay for it.

Recently, there has been backlash from the High Springs community and other people who visit Ginnie Springs due to a pending Nestlé permit decision. Seven Springs Bottling Company has pumped water from Ginnie Springs for over 20 years. Nestlé bought its plant in January, and they seek to renew the permit, with plans to take four times more water daily than Seven Springs’ previously recorded peak of .26 million gallons, according to The Guardian.