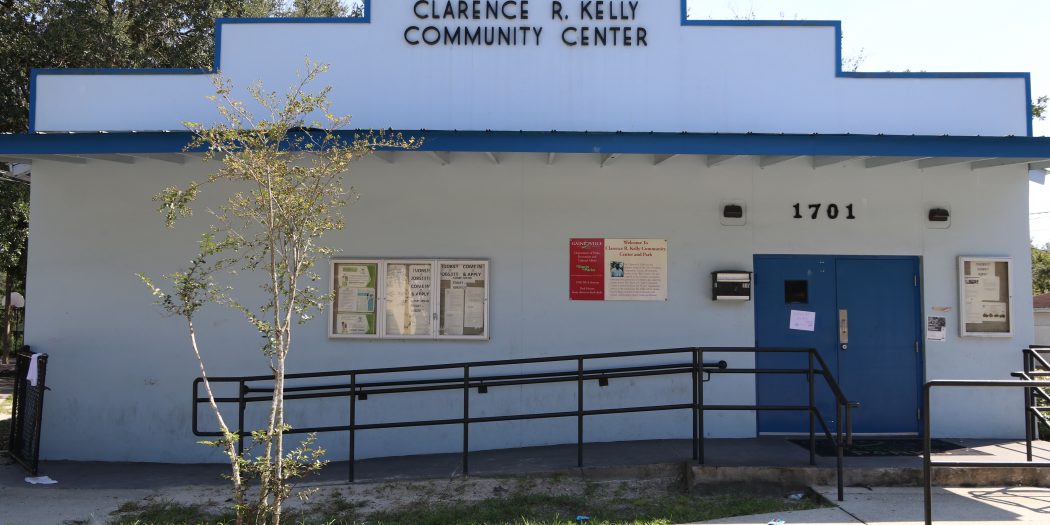 Donna Smith remembers going to the Northeast Recreation Center for arts and crafts as a child after elementary school.

That was decades ago. Today, Smith runs A to Z Professional Childcare, a daycare center across the street from the center. She said she’s happy to see renovations for the center — now called the Clarence R. Kelly Community Center — coming to fruition.

“I feel like the east side of town has been one of those forgotten sides, so it’s good to know that someone is realizing that ‘Hey, we’re here, and we want better,’” Smith said. “Just like with voting, if you want to have a voice, come out and speak up. Don’t wait until everything is over and complain about it; now is the time to voice your opinions.”

The City of Gainesville’s Parks, Recreation and Cultural Affairs Department will host its second community meeting on the proposed design for the building on Tuesday at 6 p.m. at the center, located at 1701 NE 8th Ave.

The center serves as a place for kids to spend their time with a an outdoor playground, indoor space and computer lab. It has a winding history. Originally a grocery store built over 50 years ago, it was renamed from the Northeast Recreation Center following the 2011 death of its longtime director — Clarence R. Kelly.

The parks department in November 2012 identified the aging Kelly Center as a place that would benefit from renovation and expansion.

Four years later, Alachua County voters approved the “Wild Spaces and Public Places” one-half percent sales tax. The money is used to preserve natural areas and refresh public spaces, with 35.78 percent of the proceeds going to the City of Gainesville, according to the city website.

With the funds provided by the tax, the City of Gainesville is moving forward with the renovations. In 2017, the City Commission approved funding for conceptual planning and began soliciting citizen input.

The City Commission in April 2019 voted unanimously to proceed with major renovations to the center, estimated to cost $1.75 million. The renovations include an entirely new building, improved parking, expanded playground areas, adult exercise stations and more. The project is still on track for September 2021 completion.

The parks department in July hosted a community workshop at the center that allowed members of the public to discuss potential improvements and design options.

“We had about 60 people or more who attended. I think it was very successful, and we got a lot of input and excitement from the community,” Sela said. “We’re hoping to have similar attendance and excitement this time.”

At Tuesday’s meeting, Sela will present the work that has been done over the last two months.

“We have an idea of our proposed design, and we want to discuss with the community how the input that we previously received influenced the design and to see if we are on track from a community standpoint,” Sela said.

The progress has the surrounding community enthused.

“That first meeting I was like, ‘Oh, they got a whole game plan for this,’ so that got me a little excited, like open-minded about this more,” Kelly Center employee Sarah Turner, 20, said.

Turner, an employee for two years, said she thinks more parents will bring their kids to the center once it looks nicer and has more amenities.

Smith’s son, Ja’Mel, 10, said he is excited about the possibility of making new friends. He has been going to the center for about two years.

“I think this upcoming meeting, everybody is going to come out. They are going to feel much better about it like, ‘Yeah, this is serious. They are really going to do something about this center,’” she said.

Zachariah is a reporter for WUFT News who can be reached by calling 352-392-6397 or emailing news@wuft.org.
Previous ‘We’ve Been Talking Long Enough:’ Ex-Inmates Silently Protest Recent Prison Abuse
Next The Point, Sept. 9, 2019: The Motivation Behind This Weekend’s Protest Outside A Florida Women’s Prison