Although those who have been to the University of Florida may be familiar with much of the campus, sometimes the most recognizable places tend to be taken for granted.

Century Tower and University Auditorium, both of which house UF’s most famous musical instruments, are among those places.

Klima said the organ, situated inside of one of the most recognizable buildings on campus, has a storied past itself.

“This organ was originally installed in 1925 by the E.M. Skinner Organ Company, was redone from 1965-1970 by the Aeolian-Skinner Company, and then redone twice in 1980 and 1993 by the Moller Organ Company,” she said. “So you’ve definitely seen an evolution from American classic style of organ building here. “

The organ contains 99 ranks and more than 5,000 pipes. Those pipes range from the length of a pencil, to those 16 feet tall. It can mimic the sounds of any instrument in an orchestra, including bassoons, flutes and clarinets.

Klima said the organ’s range of pipes and sounds give the instrument a certain awe factor.

“Along the lines of the specifications, the organ just has a natural ability to mimic things in the orchestra,” she said. “Mozart, I believe, was the person to deem it the ‘King of Instruments.’ So it really encompasses a lot of musical features that you won’t find anywhere else.”

Laura Ellis, UF associate professor of music, said the organ works in harmony with the auditorium to create a spectacular aura.

For Klima, the privilege to play the University Auditorium organ is a rite of passage and said it gives her a special connection to her predecessors.

“Just knowing the history and wanting to know about the history, I’ve tried to take over some historical research on the organ, just because it is… our heritage,” she said. “I can be proud to say that I’ve played this organ and I was here and I’ve made my mark. ”

Just a few yards away from the home of the organ, the carillon chimes each quarter of the hour, playing from 8 a.m. to 8 p.m. The tune that is played, “Florida Chimes,” was written by Dr. Budd Udell, a former chair of the Department of Music at UF.

When Century Tower was built in 1956, there was no money to buy bells for the carillon. An electronic bell system was used until it finally broke down in 1975. It was replaced in 1976 by a 49 bell set.

A gift in 2002 allowed for 12 additional bells, completing the 61 bell ensemble that can be heard today.

Ellis said she and her students relish the opportunity to take part in a rich UF tradition.

“It’s a privilege when you get to come up here and you get to be there, and I think every carillonneur feels the same way — that it’s a privilege every time you get to climb these stairs and play the instrument,” she said. “It’s the visual centerpiece of campus … so I like to think about how important that is in what we do in the tower, that we really are representing, and in the auditorium, representing the importance of what goes on on campus.” 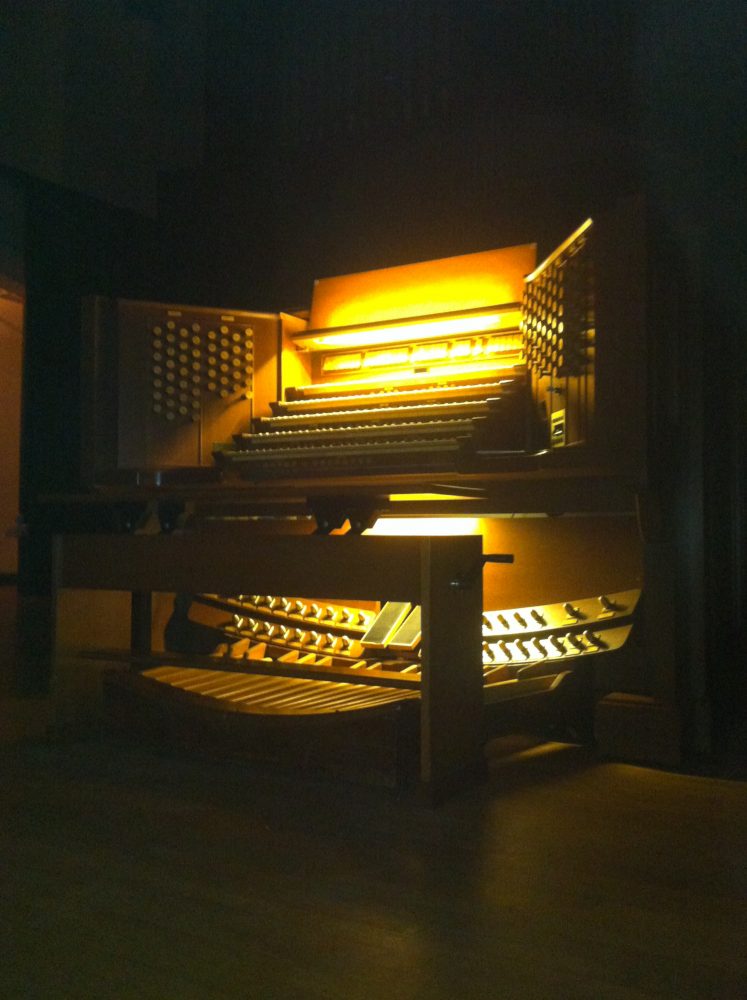 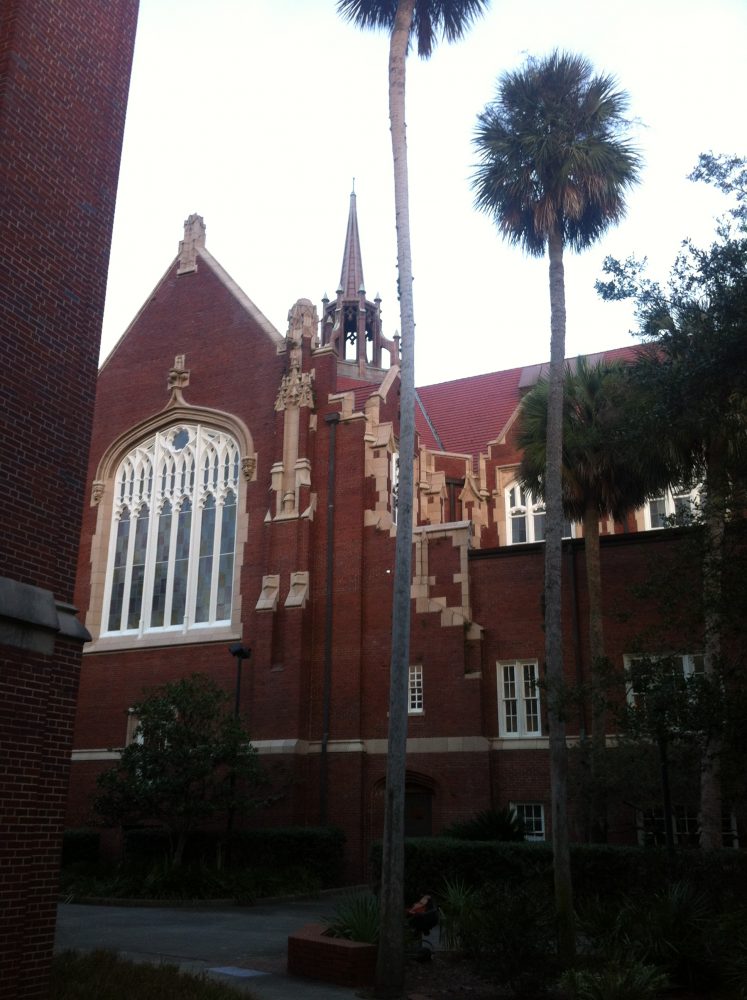 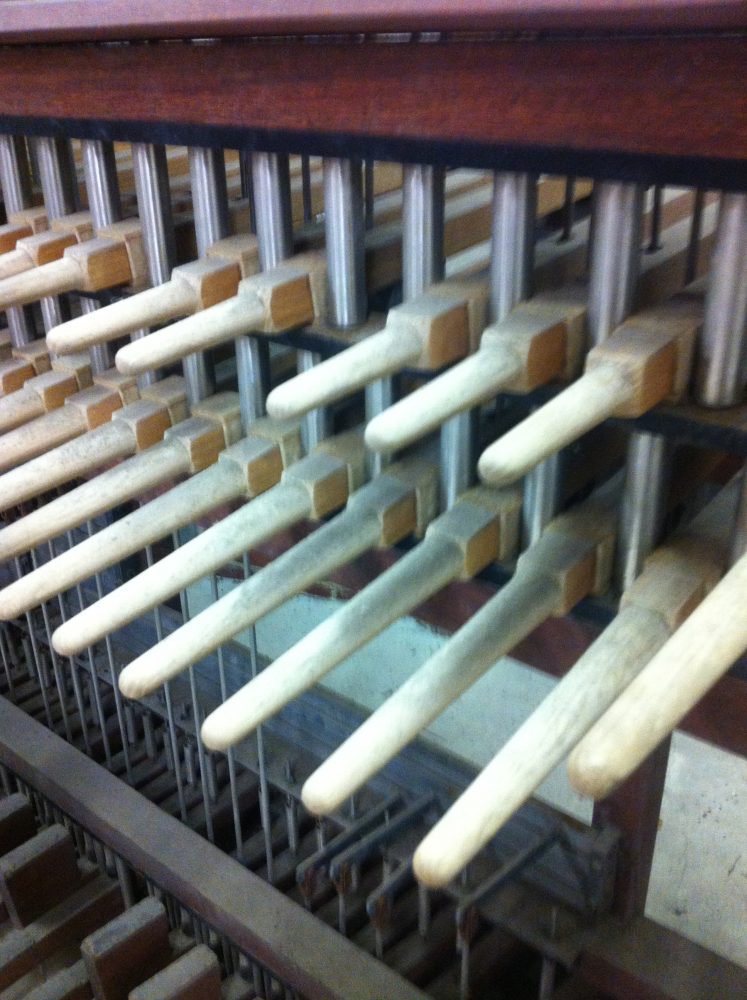 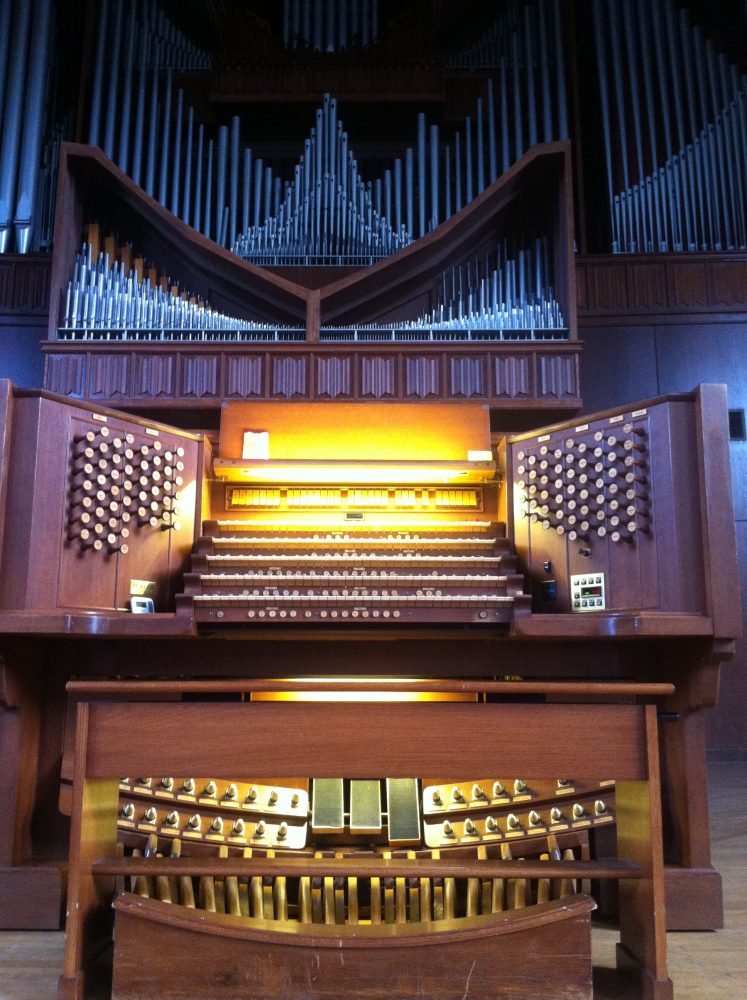 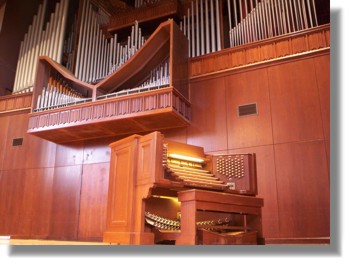 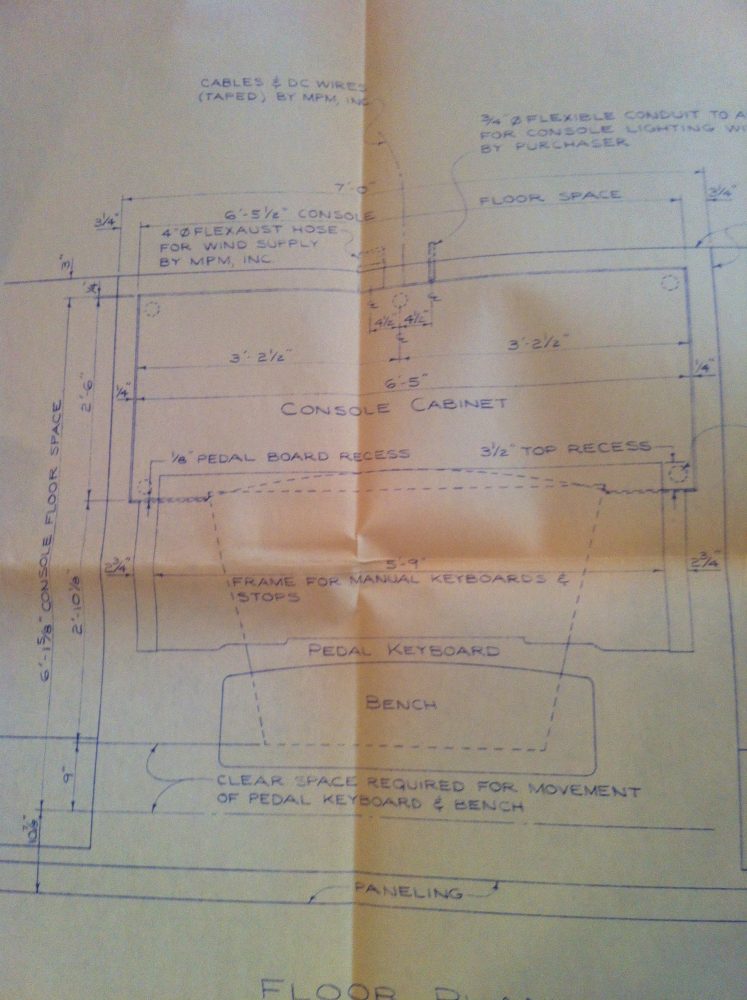 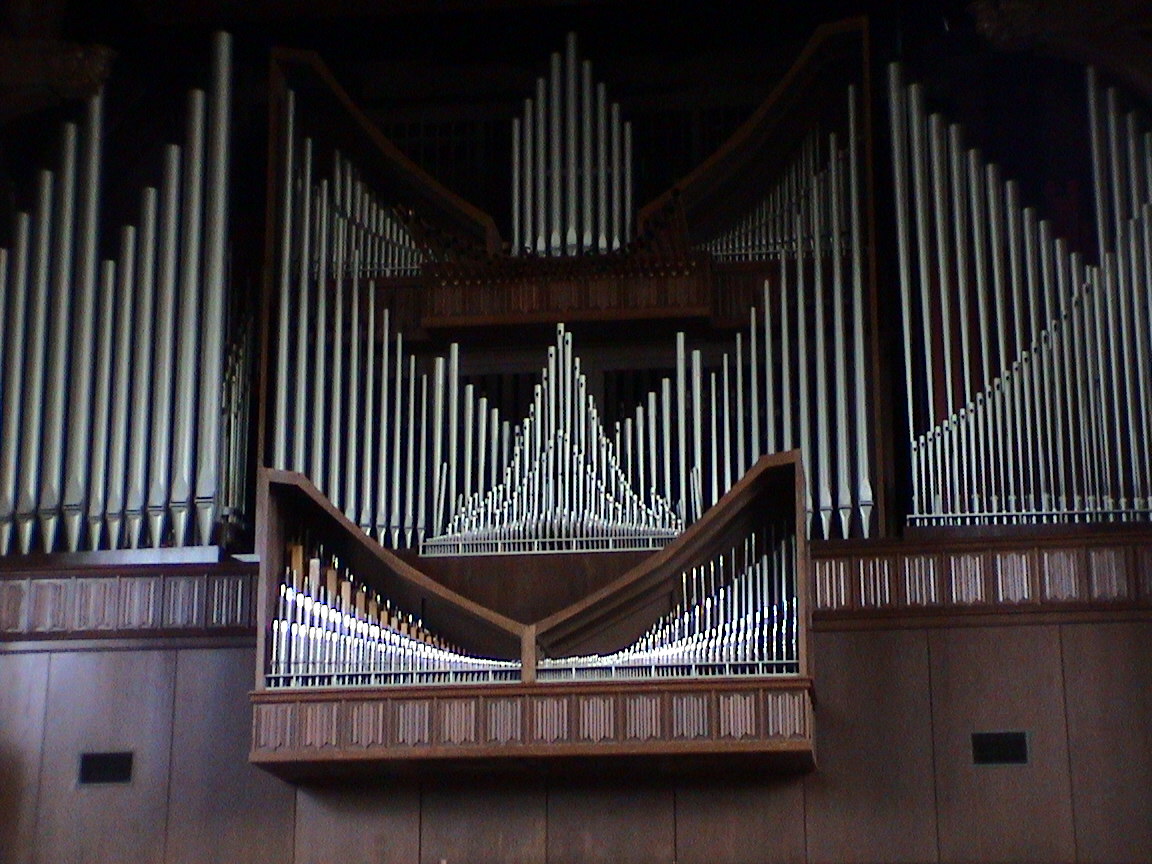 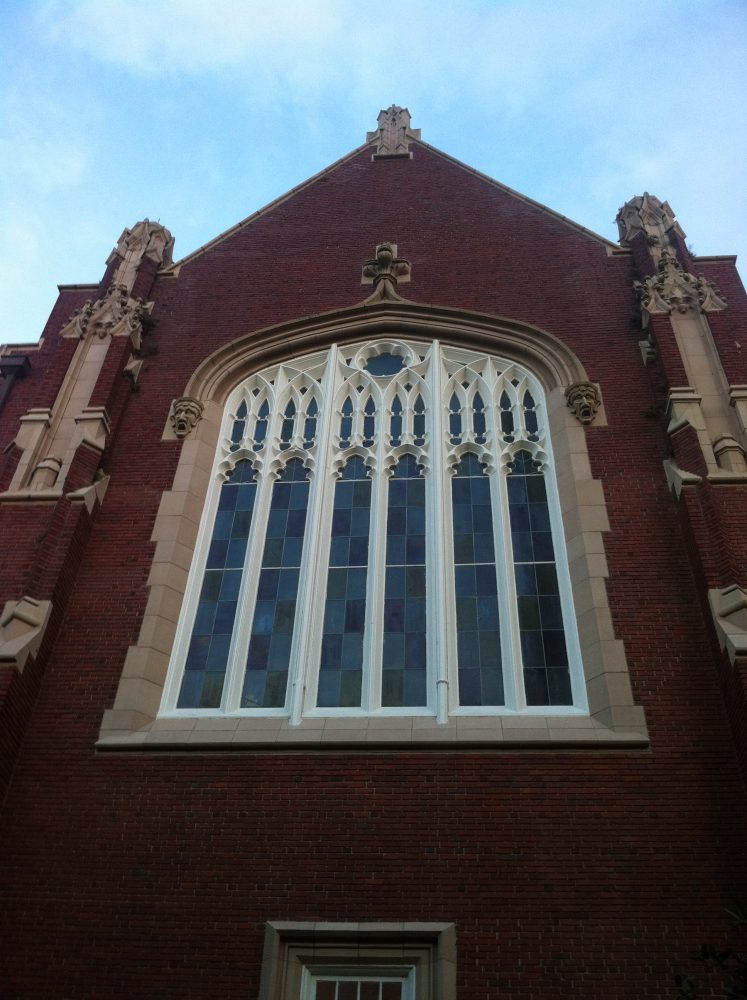 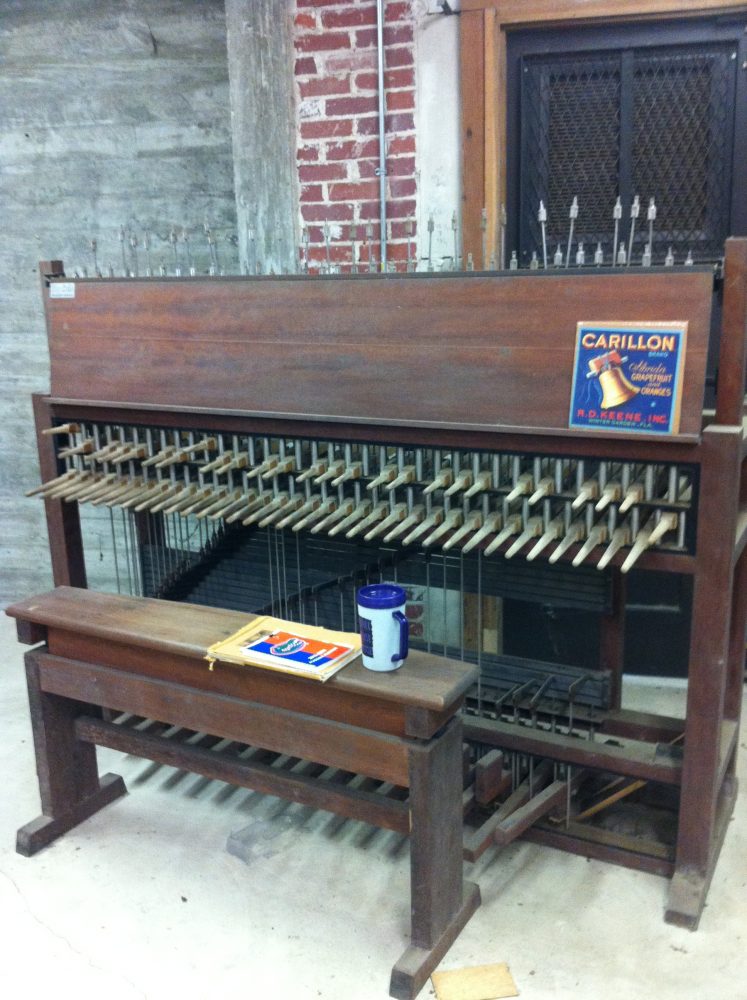 Shane is a reporter for WUFT News who may be contacted by calling 352-392-6397 or emailing news @wuft.org
Previous International Trade Office Will Help Gainesville Businesses Increase Exports
Next Humane Society Urges People To Think Before Gifting Pets