A Florida law requiring health department regulation of  tattoo studios and artists may mean a bigger donor pool for blood banks across the state.

The new regulation required all studios to be licensed by the Florida Department of Health by Jan. 1. Tattoo artists are required to complete a blood-borne pathogens course by Dec. 31. Permanent makeup artists also require licensing.

Before the law went into effect, Floridians had to wait a year after getting inked to donate blood. Now, with state regulations on the tattoo industry, community blood centers hope more Floridians, especially young people, will be able to donate.

Alachua County Health Department Environmental Health Director Anthony Dennis said most states were already regulating tattoo artists and studios, so it was only a matter of time before Florida followed suit.

Dennis said the law gives the county power to investigate violations, though he hasn’t encountered problems with Alachua County’s 12 studios.

North Florida Regional Director of LifeSouth Community Blood Centers Wendy Enting said she doesn’t know how many people in the region have been turned away because of tattoos but hopes the new regulations will mean more donors.

As the sole provider of blood for the Malcom Randall Veterans Administration Medical Center, the North Florida Regional Medical Center and Shands at UF, LifeSouth collected around 1,000 units a week for the hospitals in 2011.

Enting says LifeSouth hasn’t lifted the 12-month ban yet, but will consider the change once every artist is licensed in January.

Bodytech Tattoo and Piercing President Wayne Lessard said he welcomes the regulations because reputable studios like his already observe them.

Some regulations haven’t changed, though. No one under 16 can get a tattoo. Parents of 16- and 17-year-olds must provide written consent and be present during the inking.

Hoffman, who had his second tattoo done with Bodytech, chose to keep the subject of his tattoo private, but says he’d donate blood immediately if he were allowed to. 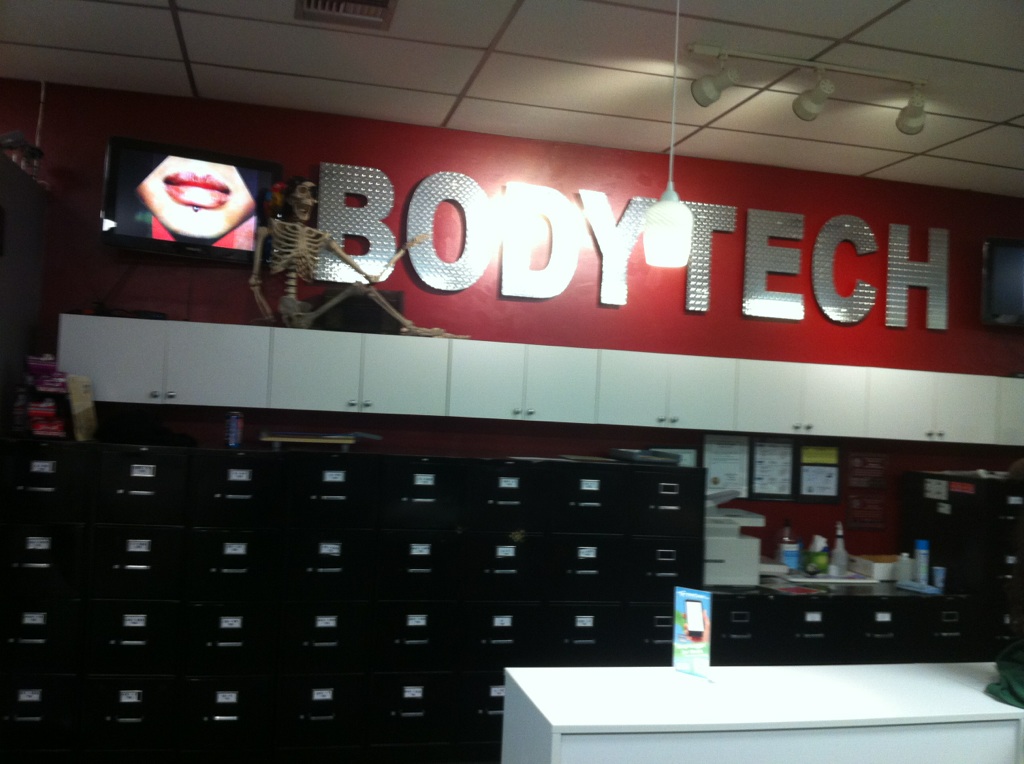 Bodytech Tattoo and Piercing president Wayne Lessard said the transition to complying with state regulations was easy, since the studio had been adhering to similar regulations already.

At Gainesville’s Bodytech Tattoo and Piercing, people can have their tattoos done in private rooms.

Brianna is a reporter for WUFT News and can be contacted by calling 352-392-6397 or emailing news@wuft.org.
Previous Staying sane on election day
Next Sweetwater charter elementary faces possible state shut-down