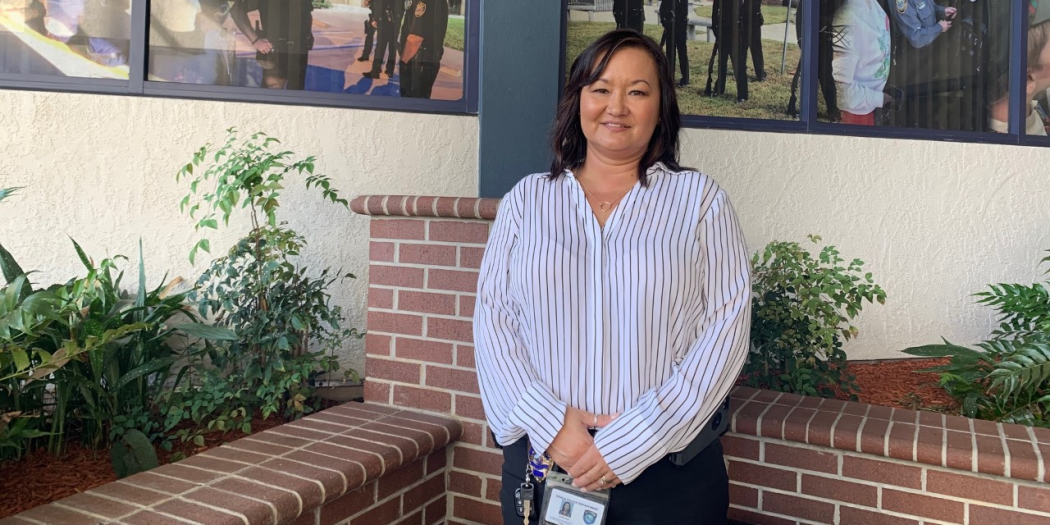 Captain Angela “Angy” Scroble wears three different bracelets with trinkets representing three important facets of her life– one of her alma mater, Florida State University, one of her sorority, Kappa Delta and a mother-daughter charm.

She’s been married for 21 years, and her daughter turns 20 years old next month.

She wears different hats as a mother and wife, and she also worked as a police officer in the Ocala Police Department for over 25 years.

Scroble graduated from the 22nd Senior Leadership Program on Friday at the Florida Department of Law Enforcement. The program consists of seven week-long sessions over 10 months when officers from across the state convene for training.

Of the countless lessons learned during the program sessions, Scroble said the definition of leadership alters when one reaches an administrative position.

“When you lead people, you lead by example and you develop those people, you empower those people below you to do the job,” Scroble said. “You’re not a glory seeker. You’re not the person who has to be the person who is given credit for everything. You’re the person that allows those you lead to get that credit and to develop and become confident and competent in what they’re doing because they’re the ones who are going to step up and take your place one day.”

Scroble started her career in investigations where she specialized in crimes against children. She then patrolled the streets of Ocala as a Watch Commander. She also served at times as the Public Information Officer over a 10 year period. Now, she supervises properties and major crime investigations.

She said she was never treated differently by her counterparts, but she did hold herself to a higher standard.

“I was 5-foot 1-inch, 98 pounds when I got here. I know I am not the biggest, heaviest, strongest person around,” Scroble said. “I’m going to give my all. But I’m aware of my strengths and weaknesses. So, you do that, and you give everything you can in your strength areas and try to overcome your weaknesses with your other strengths.”

She graduated from FSU in 1993 with a Bachelor of Science in Criminology. During her undergraduate studies, she had an internship with the Florida Department of Law Enforcement where she worked with a drug agent.

She would later credit that internship for igniting her passion to serve the Ocala community.

Scroble said she’s observed the police force change drastically, and any young female officer new to the job needs to be confident in her abilities.

“Don’t carry the chip on your shoulder that you’ve got something to prove out here as a female,” Scroble said. “I think all you have to show is that you’re competent and that you can be relied on. They (male police officers) will respect that.”