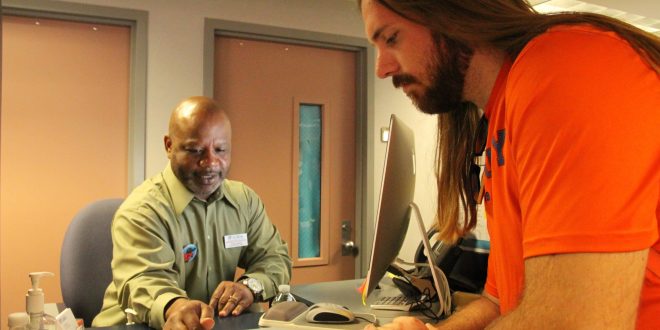 The bill (SB 2) is part of Senate President Joe Negron’s higher-education initiative. It cleared the Senate Higher Education Appropriations Subcommittee in a 5-1 vote, with opposition from Sen. Jeff Clemens, D-Lake Worth.

Clemens unsuccessfully tried to amend the bill, including with a proposal to let the 12 state universities review the financial impact of block tuition before mandating its use in the fall of 2018.

A move to block tuition would require undergraduates to pay a flat tuition rate per semester, rather than be billed on the current credit-hour basis. The bill would require block tuition but leave it up to the universities to develop the specific plans.

Clemens said he was concerned that if the proposal results in universities only charging for what now represents 12 credit hours per semester but students take 15 or more credit hours, it would lead to a substantial revenue loss for the schools. He said he has been told it could be $30 million or more for some universities.

“That’s a big concern. That’s not a small hit,” Clemens said. “There is a real impact to the revenue loss here that we are not taking into account.”

His amendment was defeated in a voice vote after drawing opposition from Sen. Bill Galvano, a Bradenton Republican who chairs the subcommittee and is sponsoring the bill.

Galvano said the Senate was waiting to see block tuition plans from the universities, which have had the block-tuition option for a number of years but have failed to advance a plan. He also said if a plan reduced tuition, which would be a savings for students, the financial loss for the schools could be offset by other funding.

“I think we all can anticipate a very robust education budget at the university level,” Galvano said. “Let’s see what the (university block tuition) plans are. Let’s see how it works.”

Other provisions in the bill would hold universities to a new performance standard based on a four-year graduation rate, rather than the six-year measure now used.

College presidents and students have raised objections to that provision, arguing that many of the system’s 800,000 students are “non-traditional,” with 65 percent of fall 2015 enrollment being part-time students and 58 percent minority students.

Nadia Esha, student government president at Florida State College at Jacksonville, said students on her campus are “strongly opposed” to the legislation.

She said the 60 percent of the school’s students who are part time “cannot attend or complete their (baccalaureate) degree in four years.”

“These are hard-working, non-traditional students that seek flexibility that only colleges like FSCJ can provide,” Esha said.

Sen. Gary Farmer, D-Fort Lauderdale, offered an amendment to ease that college standard, seeking to allow students to earn associate degrees within three years and baccalaureate degrees within five. But it was defeated.

Joe Glover, a provost at the University of Florida, said UF supports the bill, including the Bright Futures expansion as well as a commitment to double the state funding match for a program that supports “first generation” students attending state universities or colleges.

But the problem has been there are more students eligible for the need-based financial aid than available funding. In the 2015-2016 academic year, the first-generation aid program supported 8,200 students. Another 13,700 were eligible but received no funding according to the state Department of Education.

The News Service of Florida is a wire service to which WUFT News subscribes.
Previous Fla. Medicaid Settlement Expected To Keep Disabled, Elderly At Home
Next Feb. 9, 2017: Morning News In 90