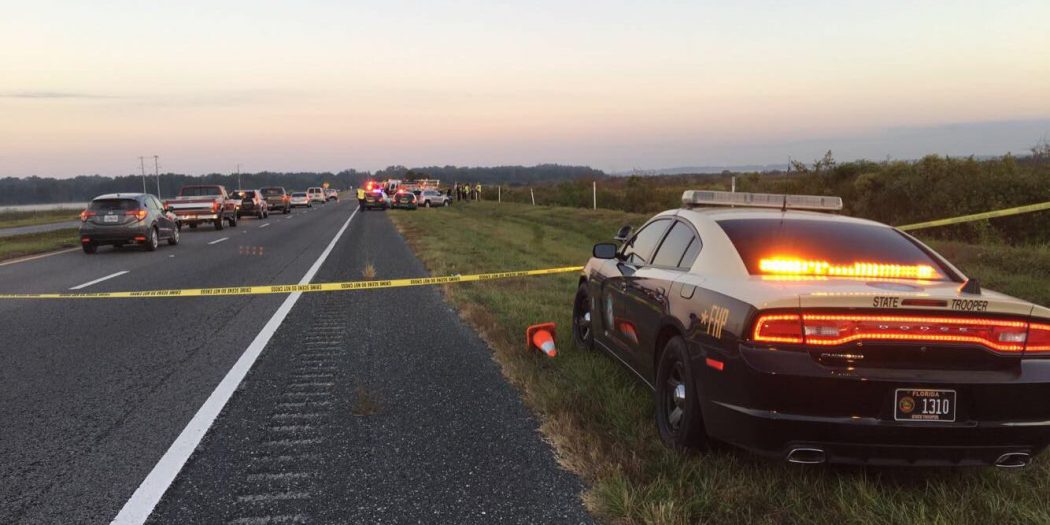 FHP and ASO respond to the scene of the crash. (Stephanie Brohee/WUFT News)

By Stephanie Brohee and Alyssa Bethencourt

Jose Juan Gonzalez Lazu of Kissimmee, Fla. went off the road in his 2007 Honda Accord and into Paynes Prairie near U.S. 441 early Tuesday morning and was killed.

The Alachua County Sheriff’s Office and Florida Highway Patrol responded to calls shortly after 6 a.m. for a vehicle in the marsh. A witness account says the vehicle was trying to avoid hitting another vehicle on the road and drove into the swamp. Florida Highway Patrol Trooper Daniel Martin said a dive team and EMS were part of the response.

The dive team extracted Gonzalez Lazu from the vehicle, which had come to rest on its roof and was almost completely submerged, on Tuesday, according to a press release from Florida Highway Patrol. No other vehicles were involved in the crash.

Authorities confirm at least one individual is dead. No word on whether there were more occupants in the car @WUFTNews

Authorities have not released the driver’s name or gender.

One lane of U.S. 441 northbound was closed during part of the morning commute.

Stephanie is a reporter for WUFT News and can be contacted by calling 352-392-6397 or emailing news@wuft.org.
Previous Voters Get Second Chance On Mismatched Signatures
Next UF Student’s Death Prompts Discussion On Bicycle Safety