A 32-year-old Gainesville man is dead after he lost control of his motorcycle Wednesday afternoon.

McManus’ brakes locked when he came into contact with the SUV, causing him lose control. McManus, who was not wearing a helmet, separated from the motorcycle before hitting both the pavement and the SUV.

McManus was pronounced dead at the scene, and the driver of the SUV did not report any injury, Tobias said.

Northeast 23rd Avenue from Main Street to Northeast Ninth Street was closed for a period of time Wednesday following the crash.

Gainesville police Officer James Franklin was driving to the crash with his lights and sirens on when a truck pulled into his path, causing him to try to avoid the truck and crash into a light pole in front of the post office at 1401 N. Main St., Tobias said.

Police are continuing to investigate the motorcycle crash, Tobias said, but it is believed that motorcycle speed is likely a factor in the incident.

Megan is a reporter who can be contacted by calling 352-392-6397 or emailing news@wuft.org.
@@MeganKearneyUF
Previous Florida Gov. Scott Endorses Trump For President
Next SeaWorld To Stop Breeding Killer Whales 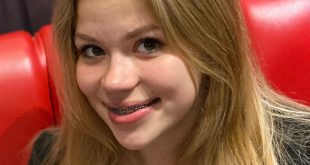