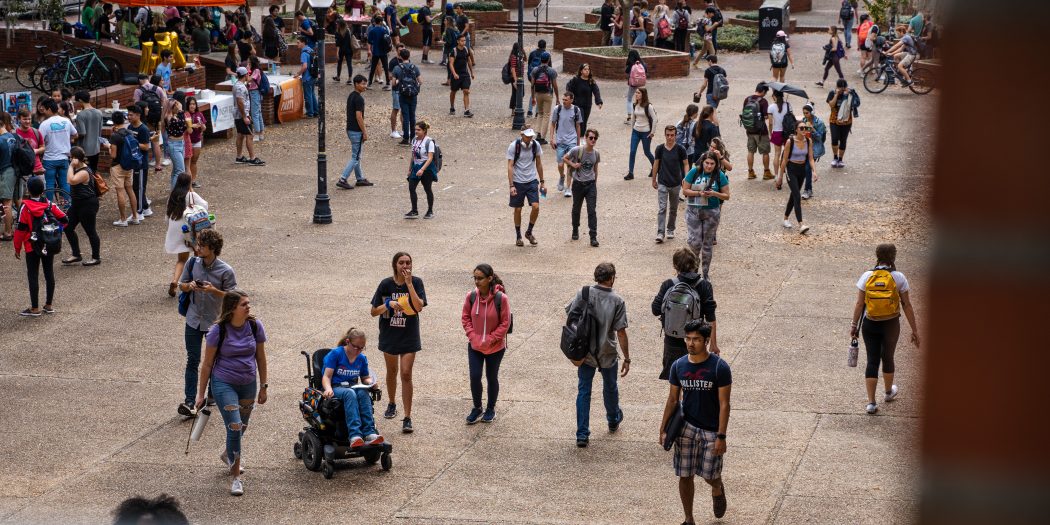 University Of Florida To Professors: Stop Ordering Sick Students To Be Tested For Coronavirus

GAINESVILLE – Florida’s flagship university is warning its professors to stop requiring students who may be visibly sick to leave class and be tested for the new coronavirus.

The orders from the University of Florida reflect rising anxieties about the illness on a campus with more than 6,000 international students amid the virus’s rapid global spread – even though there have been no reported cases in Florida.

The university would not identify the professors involved, say exactly how many students had been ordered out of classrooms or specify whether the actions targeted international students. An email to deans and department chairs from the Office of the Provost – obtained by the Fresh Take Florida news service – made clear it was improper to kick out students until they could prove they were free of the virus.

“While instructors are encouraged to care for their students and their health, please inform your instructors that they are not to excuse a student from class to confirm they are free of the coronavirus,” according to a memo from the university’s provost, Joseph Glover, as distributed by Rebecca Holt, Glover’s executive assistant.

The email, sent Jan. 31, described multiple instances where instructors required students who appeared to be sick to obtain a letter from the student health care center confirming they were free from the coronavirus before they would be allowed to return to class. It reminded faculty that no cases of coronavirus have been reported at the university or in surrounding Alachua County.

Grievance Chair for the university’s United Faculty of Florida, Churchill Roberts, was appalled to hear about the actions employed by fellow instructors.

Seasonal flu– not coronavirus – has swept across UF’s campus, leaving some students coughing and sniffling in classrooms or missing lectures entirely.

Orlando said the provost’s email was spurred by complaints from students and said it happened fewer than five times. The professors involved were not disciplined.

“That’s not how we handle cases here and there are more appropriate ways to do that,” Orlando said. He added: “We’re hopeful that will be the end of it.”

The president of the Asian American Student Union, senior Eliana Guerrero, said none of the group’s members reported being asked to leave class.

“They just need to understand the facts, understand that we’re also humans too and we’re not just, like, confined to, like, spreading a disease,” Guerrero said.

After the provost’s email, the university since Sunday has required faculty, staff or volunteers who had recently traveled to China – and who would be subject to a federally mandated 14-day quarantine – to be cleared by the university health services before they could return to work. It warned professors that if they do contract coronavirus, they must use personally accrued sick leave.

The university previously said it had identified four people who traveled from China to Gainesville in January, but Orlando said none of them traveled from Wuhan.

Separately, the university said it was monitoring the health of students with a family member who had traveled from China to Gainesville before the coronavirus quarantine.

The Chinese Student Association at the university postponed its spring festival from Feb. 3 to Feb. 23 over concerns about the coronavirus. Many of its members traveled to China during the school’s winter break.

*An earlier version of this story incorrectly reported that Holt wrote the instructions to professors. She was circulating those instructions on behalf of Glover.

This story was produced by Fresh Take Florida, a news service of the University of Florida College of Journalism and Communications. The reporter can be reached at amostek@freshtakeflorida.com.

Audrey Mostek is a reporter for WUFT News who can be reached by calling 352-392-6397 or emailing news@wuft.org.
Previous Feb. 14, 2020: Morning News In 90
Next Voter Registration Deadline Nears, With Many Floridians Not Allowed To Vote In Primary