May 5, 2017 Government and politics, Health and Science

The U.S. House of Representatives voted Thursday to repeal and replace Obamacare with the American Health Care Act (AHCA).

The bill’s vote was 217 to 213 with zero Democratic support. Twenty Republicans broke from party ranks to also vote against it. One less vote and the bill wouldn’t have received the 216-vote threshold needed to pass. 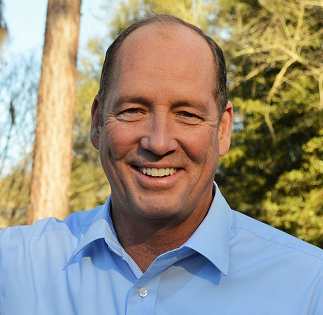 The bill is similar to one that was scored by the non-partisan Congressional Budget Office (CBO) in March. It estimated that 24 million people would lose health coverage by 2026 and older and low-income customers would see a rise in premiums. Republican House members have come under fire for voting for the controversial bill. Major advocacy groups like the AARP, American Medical Association, American Hospital Association, March of Dimes and more, came out against the bill in the weeks and days leading up to the vote.

Yoho told WUFT News Friday afternoon that previous versions of the bill did not repeal enough of ObamaCare, but this newer version removed more of the regulations he believed were leading to “high premiums” and “the ongoing collapse” of ObamaCare.

While the bill’s fate is questionable as it now lies in the Senate’s control, it still has some people concerned. Here’s a few ways North Central Florida residents could be affected.

States could charge more for people with pre-existing conditions

Currently, under ObamaCare, insurers are not allowed to charge more for patients with pre-existing conditions. Under the AHCA, states could apply for waivers that would no longer require insurers to charge the same prices for healthy and sick people. These pre-existing conditions range from cancer and heart disease to asthma and diabetes. In order to offset these costs, high-risk pools would be created to subsidize these patients with an annual budget of $138 billion nationwide.

Yoho said he’s not worried about insurers charging too much for those with pre-existing conditions because the costs would be covered. He pointed to other states as examples for why insurers should have less regulation.

“If you look at the state of Iowa, they were pulling out of 92 of 96 counties,” he said. “They were getting very limited care and offers of insurance. It doesn’t do you any good to have free or subsidized health insurance if you don’t have an insurance company.”

But according to the Center for American Progress, it would cover less than half of the 222,000 people in Florida with high cost pre-existing conditions. The 120,500 people left out would need an additional $2.58 billion in funding in order to avoid an increase in premiums.

Lane Sheldon is a UF law student with a high cost pre-existing condition: Type 1 diabetes. She was first diagnosed when she was 5 years old.

Sheldon said her annual diabetic medical supplies cost more than $12,000, before insurance. She already reached her $4,000 deductible in the first month of the year when she bought a new insulin pump.

Brad Bosley, who’s also a Type 1 diabetic and a UF student, said he would be put in a difficult situation if faced with increased costs under the AHCA.

“All of these medications I use, I rely on them,” he said. “I don’t have another choice.”

For people like Sheldon and Bosley, the Center for American Progress projects someone with diabetes will see an average yearly premium increase of $5,600. For more severe pre-existing conditions such as cancer, the increase could exceed $100,000.

Both Sheldon and Bosley said one of their biggest fears, if the bill passes, is what will happen when they turn 26 years old and will no longer be on their parents’ insurance. They said premiums could increase to unaffordable rates.

States could also allow insurers to opt-out of these 10 medical services ObamaCare requires them to cover:

Yoho said it should be up to the states to decide which services insurers are required to offer.

“You’re going to see people get the healthcare they need,” he said. “The essential health benefits packages have enough safe guards in there … for the states to dictate and have the latitude to do that.”

According to the CBO, insurers would be allowed to charge five times more for older enrollees than younger ones, compared to three times more as under current law.

Medicaid would be severely cut

The Medicaid expansion under ObamaCare would be phased out by 2019 and would no longer allow newly eligible people to enroll. Current Medicaid recipients who cycle in and out of the program because of a change in income would no longer receive Medicaid.

According to the CBO, Medicaid funding would be cut by $880 billion over the next 10 years. The CBO estimated of the 24 million projected to lose health insurance by 2026 under the AHCA, 14 million of them would be Medicaid recipients.

But Yoho said people shouldn’t believe what the CBO said based on past inaccuracies with ObamaCare.

“Actually, this sures up Medicaid over the long term,” he said. “If you look at CBO historically, they’ve been so wrong on so many things.”

According to the Florida Department of Health, Yoho’s district consists of nearly 500,000 Medicaid recipients who could see a reduction or loss of coverage.

The bill will now move on to the Senate, where it’s fate is uncertain.

“We’re not trying to kick anybody off healthcare,” he said. “Insurance is not healthcare and I want people to understand that our goal is to make sure we have a healthcare plan that is there for the long term.”

Ramsey is a reporter for WUFT who can be reached by calling 352-392-6397 or emailing news@wuft.org.
Previous The Point Podcast: Ocala’s Plan To Tackle The Opioid Crisis
Next What Tax Will Airbnb Pay To Alachua County?