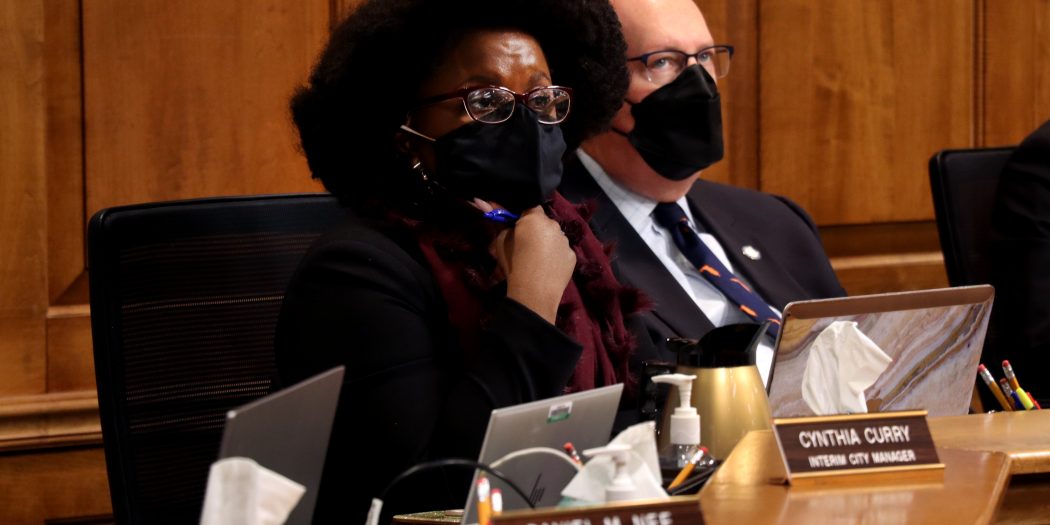 The agreement would make it the city’s official housing partner, despite some local leaders and experts questioning the need to make the arrangement formal.

Officials with both the city and the Gainesville Housing Authority insist they would ensure the agreement wouldn’t violate real estate codes and develop a memorandum of understanding, which is an agreement that isn’t legally binding.

Over the next five years, GHA hopes to place families in 500 affordable units through Section 8 vouchers and build new projects – an effort its staff said the partnership would help bolster. A unit is considered affordable by the U.S. Department of Housing and Urban Development if it can be rented or bought for less than 30% of a household’s income.

A 2020 count from the Shimberg Center for Housing Studies at the University of Florida found that over 14,000 Alachua County renters, or 32%, are cost-burdened – meaning they spend 40% or more of their monthly income on housing.

For these families, owning a home becomes more unattainable by the year, according to data from the U.S. Department of Housing and Urban Development. While home sale prices in Gainesville increased by an average of 5% annually from 2012 to 2020, local median income only increased by 2% each year.

Affordable housing units are also hard to come by, data shows. The Shimberg Center has also reported that there are only 23 affordable and available rental units per 100 Florida families who are classified as extremely low income.

GHA, which provides the most affordable housing and Section 8 vouchers in the city, is no stranger to controversy.

In a high-profile deal, it sold the 6.33-acre plot where an affordable complex, Seminary Lane Apartments, once stood in the Pleasant Street/Fifth Avenue neighborhood before being torn down in 2009. Much to the dismay of local activists, including now-city commissioner Desmon Duncan-Walker, a state judge sided with an Orlando-based developer to move forward with plans to construct student housing to take its place following an appeal.

The circumstances prompted the consideration of a moratorium of development in East Gainesville and its many historically Black neighborhoods like Duval Heights and Lincoln Estates, although the discussion was tabled in fall 2020.

This also isn’t the first time GHA staff sought a city partnership. In September 2018, leaders like then-city commissioner Gail Johnson were hesitant about pursuing the partnership, and it ultimately didn’t pass. At a meeting in November, however, city commissioner Harvey Ward reentered the partnership into conversation. His motion to hear a presentation on the matter and further explore the proposal passed 4-1 on Thursday, with Duncan-Walker dissenting.

Duncan-Walker, who founded the Gainesville Alliance for Equitable Development and ran for office on the promise of protecting Black neighborhoods, was on the frontline of garnering public support to save Seminary Lane. She expressed her hesitance to make any one organization an official partner, grilling GHA CEO Pamela Davis about the lack of renovations in several of the 40- to 50-year-old properties in her district.

What influenced her vote, Duncan-Walker said, was that the agreement didn’t bring other nonprofit housing assistance organizations to the table.

“This, to me, sounds a little exclusive,” she said.

Ward said he had initial reservations when GHA staff presented the partnership four years ago but is confident in the organization today. Rather than completely lock the city into an exclusive agreement, Ward said, he only intends to formalize a relationship to create attainable goals. He noted that recent affordable housing projects have taken up to three years to complete.

“I was very skeptical,” Ward said. “I’ve done enough research… and I’m not seeing anything moving forward on its own.”

Davis said the agreement wouldn’t sever relationships between the city and other affordable housing nonprofits. Instead, Davis said, she’d like to “lead the charge,” working together with other public and private organizations to solve the housing crisis.

“What we’re saying is, let us partner with the city, and let us help take that lead,” Davis said. “That’s all we’re saying. We’re not looking to be the sole source of anything. We’re saying: ‘Let us do what we were created to do here in this community.’”

Originally when GHA leadership presented a goal of creating 500 affordable housing opportunities, Davis, who has worked for housing agencies across the state for decades, said she was nervous about how realistic it was. However, she said she’s hopeful that this agreement may lead to reaching measurable goals with the help of city staff and potential for use of city land.

“When we first started, I was like, ‘Oh, my God, they don’t understand how hard these deals are,’” she told WUFT News. “The housing authority realizes and recognizes that we cannot do this alone.”

As it stands, GHA would gain “first right of refusal” to any city-owned land to be turned into affordable housing.

Some residents, like Tana Silva, 73, don’t know if the authority has low-income families’ best interest at heart, considering its track record with Seminary Lane.

“I especially don’t trust the idea of dispersing city properties through another agency that also has sold out to developers,” Silva told the commission during public comment.

Davis said after the meeting, however, that GHA doesn’t want to be given exclusive access to city land and funding.

“When someone uses the term first right of refusal they want to say: ‘Hey, offer it to us first, and if we can’t, then you can offer it to someone else,’” she said. “That’s not really how we’re looking at dealing with opportunities within the city. We’re looking at: ‘Let’s get the housing providers to the table, see what we’re working toward, and see what is the best way for us to leverage our resources in our community to get affordable housing done.’”

Kim Tanzer, a Gainesville homeowner of four decades and former UF architecture professor, said she doesn’t see a need for a partnership. Everything in the proposed agreement could be accomplished without it, she said.

Over time, Tanzer said, the focus of affordable housing efforts has shifted away from the needs of low-income families. She said because housing prices are increasing for everyone regardless of income, it’s no longer only hard for poverty-stricken people to find housing.

Tanzer called for the City Commission to instead refocus on those who live below the poverty line. Otherwise, she said, it’s unlikely that much will change if the partnership passes.

“It seems like this is another form of outsourcing to me,” Tanzer said.

Alan is a reporter for WUFT News who can be reached by calling 352-392-6397 or emailing news@wuft.org.
Previous The Point, Jan. 24, 2022: A federal judge blocked UF’s rules that limited professors’ testimony
Next The Point, Jan. 25, 2022: Florida is no longer fighting the vaccine mandate for healthcare workers