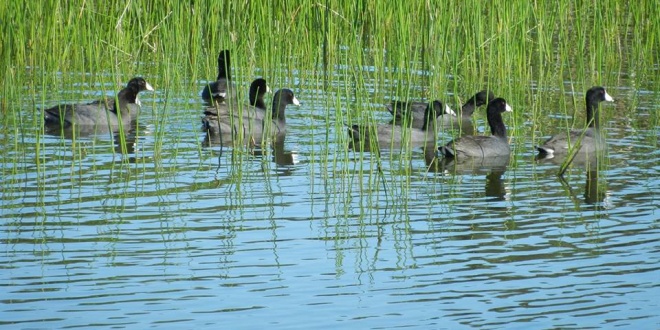 Matthew Kleckner is having a hard time with the coronavirus stay-at-home order because of what he calls his social personality. Most days now, he said, he finds it difficult just to get out of bed.

But this past Wednesday, Kleckner, a 19-year-old University of Florida student majoring in agricultural operations management, did get out of bed — to head out to the city-owned Sweetwater Wetlands Park. There he walked the trails with his roommate and her family by way of celebrating her birthday.

In contrast to the closure of all state parks, and despite a steady rise in Alachua County’s number of COVID-19 cases, Sweetwater and a number of other city-owned parks have remained open so far.

The celebration Kleckner attended at Sweetwater included, he said, his roommate’s mother, sister and grandparents. To keep the right distance apart, Kleckner said, the grandmother brought a measuring tape.

It was, Kleckner said, the one exception he has made in his effort to keep away from others. But he often visits Sweetwater on his own. It has been, he said, his saving grace.

“The main reason I go to Sweetwater Park is to help clear my mind,” Kleckner said. “I fully support the park being open, and I would love to see it stay open throughout this whole period of time.”

The state Department of Environmental Protection closed all state parks on March 23, including local favorites Blue Springs and Ichetucknee Springs State Park. The county-owned Poe Springs has closed, as well as privately owned Ginnie Springs. The springs will remain closed at least throughout April.

But Sally Wazny, education supervisor at Sweetwater’s Nature Center, said the city decided there was a need to keep this park open.

“People need options for independent recreation, to stay physically and mentally healthy during this challenging time,” she said.

Wazny said the park has taken measures to protect visitors and staff. It is being cleaned more frequently, and signs have been posted along the numerous trails reminding people of the need for social distancing, and to avoid touching the metal handrails.

Three park rangers are on site, working to make sure people follow the CDC’s guidelines. The City of Gainesville, which owns Sweetwater Park, also implemented a liberal leave policy to help ensure the employees who didn’t feel safe going to work would continue getting paid.

“We are taking precautions to ensure the safety of those still in the field,” Wazny said.

The fee for the park has also temporarily been waived to try to eliminate the hand-to-hand contact.

Wazny said the city will continue to monitor the park’s foot traffic. If the numbers grow too much, the city will reevaluate its decision to keep the park open. As of now, she said, it is one of the few places left for people to go beside the grocery store.

Another recreational area that has remained open is Boulware Springs Park. The spring is home to the historic 19th-century waterworks building and has a 17-mile trail for visitors to walk, run and bike on.

“Boulware Springs is operationally owned by Gainesville Regional Utilities,” said city spokeswoman Shelby Taylor. “But the city has kept it open because it is green, open space that allows visitors to use it while keeping adequate distance from each other.”

Taylor says it is important for Gainesville to keep recreational places like Boulware Springs open for physical and mental health reasons.

Due to the virus, Boulware Springs has reduced the number of employees on site, and have continued to adhere to COVID-19 sanitary standards.

These other recreational areas are also still open to the public, except for any building, pools and playground facilities located at the parks: