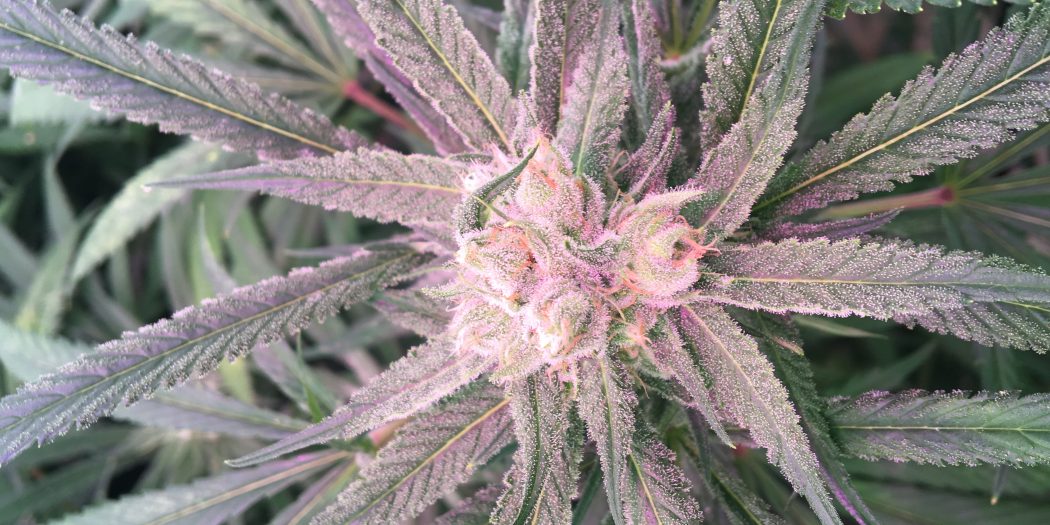 Alachua County has a deep and rich history in agriculture. Now, the area has become a green hub for medical cannabis cultivation, manufacturing, and job creation.

In 2016, Liberty Health Sciences, a Canadian medical cannabis investor that launched in 2011, closed a deal to buy a 387-acre parcel at 14810 NW 94th Ave. in the city of Alachua. Turning the land, previously owned by Chestnut Hill Farm, into an oasis of mass-produced cannabis products is the company’s first step in bringing the county to be at the forefront of a booming Florida medical cannabis market.

“Here (in Alachua) we are growing roughly 500 plants a week. With the new 360 Innovation (Campus, in Gainesville), we could grow over 1,800 plants a week. Each plant produces 60 to 80 grams of input materials,” chief executive George Scorsis said.

Located near 18770 N. County Road 225 in Gainesville, the 250,000-square-foot land once utilized to grow citrus now becomes the home of what is called the Liberty 360 Innovation Campus.

The company already moved its extraction and oil-refining operation to the innovation campus, while manufacturing, formulation, and packaging are still active at the current Alachua site.

“It’s a booming industry,” he said. A medical marijuana advocate and licensed medical marijuana patient, Scorsis stressed the importance of comprehensive education and resources for patients to learn about cannabis use as a safe alternative to treat symptoms.

“Every single plant has a very distinct profile,” Scorsis said, “If we let this come to maturation, (the flower) is where the medicinal components are.”

Plants vary in their amounts of CBD and THC, resulting in different strains of crop and thereof their effects. According to the American Cancer Society, THC is a psychoactive component that can help relieve pain and nausea, reduce inflammation, and can act as an antioxidant.

The greenhouse is kept clear of contaminants. Visitors wear white booties and lab coats. Scorsis himself wears black gloves when touching the plants. Plus, the products here are pesticide-free, and the farm instead employs natural beneficial insects and predatory mites inside small Bioline packages.

After harvest, the plants are taken to an indoor laboratory inside the Alachua facility, for extraction of medicinal elements. Lab workers turn the crude form of the elements into capsules with coconut oil, a liquid to place under the tongue, a glycerine mix to vaporize, or a topical solution of either patch or cream to use on your skin.

Talaal Rshaidat, 27, who started out as an intern for Scorsis in Ontario, said he’s still surprised by how much the industry has grown, especially in Florida. He’s now the company’s director of innovation and special projects.

LHS employee and marijuana patient Shawn Galloway said he wishes he had known of this opportunity while working under high pressure at a restaurant. The low dosage from inhalable cannabis treats his high blood pressure and stress.

“I was so into running a restaurant and now, maintaining this (lower) stress level and helping people by growing the stuff that could make a difference, that’s the game changer,” Galloway said.

In Florida, a certified physician must prescribe marijuana for a wide array of ailments and pains like arthritis, PTSD, Parkinson’s, anxiety, etc. To apply, patients need a Medical Marijuana Use Registry Identification Card from the Department of Health.

“I was hesitant at first because the stigma is so deep and far spread,” said Carolyn Fisher, another patient.

Now, she’s working with LHS to address the stigma and open minds about these natural alternative products over painkillers, advocating for a more patient-friendly system of providing access to medical cannabis.

Scorsis also indicated after Liberty opened its inaugural dispensary in The Villages in January, it has developed plans to open five more in Florida this year — in south Tampa, Fort Myers, Fort Lauderdale, St. Petersburg and Port St. Lucie.

With the Alachua County’s business alone, Scorsis hopes to hire over 300 employees — everything from gardeners to accountants to scientists to delivery drivers. Pay at LHS range from $11 an hour to $140,000 a year.

The momentum of expanding the burgeoning, local and legal cannabis market has been fueled by a higher production capability that will provide a broader range of products and delivery methods to Floridian patient in need.

Quan is a reporter at WUFT News who can be reached by emailing news@wuft.org or calling 352-392-6397.
Previous Organic Farmer: Immigration A Top Issue For Amy Van Scoik
Next 15,000 Homes To Receive Energy From FPL and NextEra Energy’s New Suwannee County Solar Facility