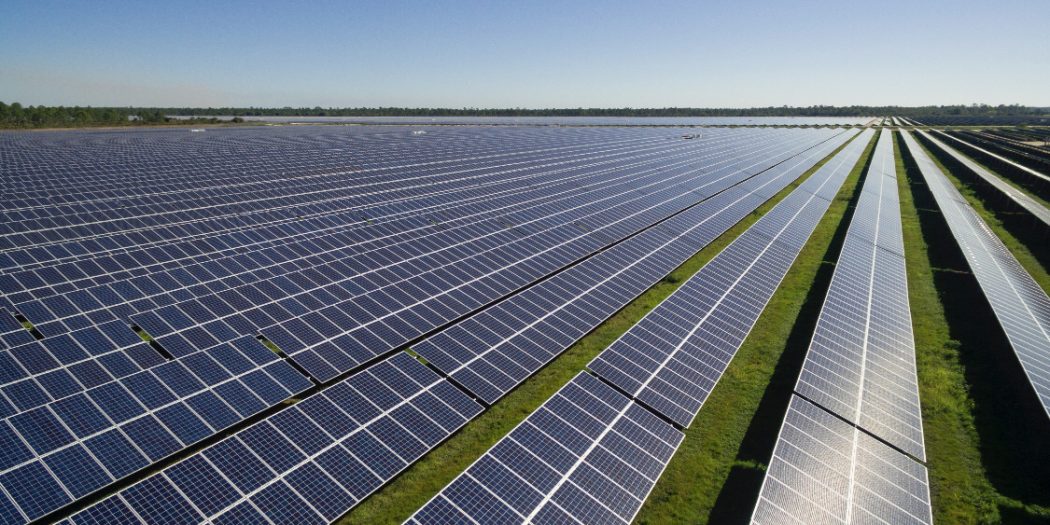 For around 15,000 Florida Power and Light customers, living in the sunshine state is about to take on a whole new meaning.

That’s because of the new Echo River Solar Energy Center in Suwannee County.

The facility is part of FPL’s push to decrease carbon emissions by reducing the dependency on oil, said Regional Manager Jim Bush at a county meeting earlier this year.

The site will operate on an 800-acre property about five miles east of Live Oak near Interstate 10. According to the company, the operation’s environmental benefits will be equivalent to removing 12,000 cars from the road.

Since 2001, FPL has reduced its overall carbon emissions by over 35 percent, Bush said. The company also decreased the number of oil barrels imported from 40 million to 1 million.

“You may have heard last year in the news that the U.S. pulled out of the Paris Accords,” he said. “But FPL already meets — and has for many years — the clean power guidelines for carbon dioxide for the year 2030 that was outlined in the accord.”

Currently one of the primary electric providers in the county, FPL is in a position to seamlessly add power to the grid by merging the new systems at Echo River with its existing network.

“We believe along with our customers that solar should play an increasing role in Florida’s energy mix in the years ahead,” he said. “We are, after all, the sunshine state.”

FPL is the largest supplier of solar power in the state. Its 14 facilities are capable of generating around 930 megawatts.

Bush said that it isn’t enough to just provide clean energy, but that the power should be affordable and accessible to all of Florida.

Affordable solar tech
​
FPL and its parent company NextEra Energy are able to generate such an abundance of cheap solar energy due to advancements in photovoltaic solar technology.

“There are two types of solar you’ve probably heard of,” said Geoffrey West, a project manager at NextEra.

This is an example of how utility companies are capable of building solar panels without disrupting sensitive environmental areas.

“Our project will be generating electricity in Suwannee County,” West said. “But we’re interconnecting into our transmission system, so it can be used pretty much anywhere.”

The cost of solar continues to decline and becomes more accessible to the public, he said. NextEra Energy has an additional 300 megawatts of electricity coming in 2019, and a neighbor facility in Columbia County is entering the early stages of construction.

“We’re looking at developing nearly 2,100 megawatts of solar by 2023,” West said. “And that’s great for our customers because that saves them hundreds of millions of dollars in fuel costs.”

“What we found at building some of our other sites, like in Alachua County and Putnam County,” West said, is “a majority of those workers come from the region or the tri-county area.”

NextEra Energy partnered with Indian River State College to create the Veterans for Solar program. The initiative helps teach veterans the skills needed for the growing industry. According to the company, the construction at Echo River will employ between 200 and 250 workers.

Most of the Florida facilities are unmanned after construction, West said. However, the Suwannee location will have space for two full-time engineers that will also service the Columbia location.

At a Suwannee County meeting earlier this year, commissioners asked Bush and West about the potential environmental impacts from the solar facility — mainly on surrounding wetlands.

“That’s the great thing about solar,” West said. “We have the ability to situate panels, so we don’t impact wetlands or sensitive areas.”

FPL officials have not yet said when the plant will be complete, but they hope to bring this solar facility to Suwannee County in the very near future.

Elijah is a reporter for WUFT News who can be reached by calling 352-392-6397 or emailing news@wuft.org.
Previous Medical Cannabis Investors Hopeful In Their Alachua County Venture
Next Morning News in 90: October 30, 2018