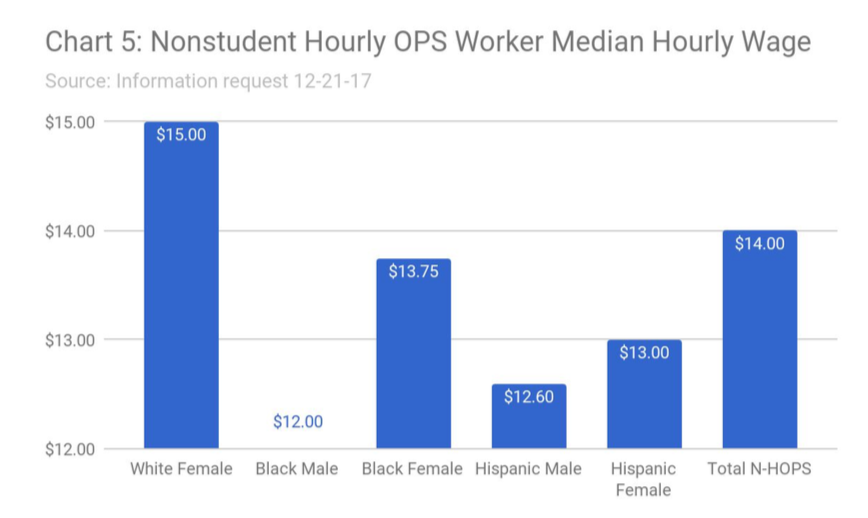 The idea of benefits for certain Other Personnel Services workers at the University of Florida has re-emerged.

A resolution was introduced to the UF Faculty Senate on Thursday afternoon as an information item that moved to make UF’s non-student hourly Other Personnel Service employees classified as Technical, Executive, Administrative and Managerial Support (TEAMS) workers in order to provide them with increased benefits and wages after they have worked at the university for at least one year.

The resolution was authored by Dr. Paul Ortiz, an associate professor at UF, member of the Alachua County Labor Coalition and director of the Samuel Proctor Oral History Program.

This resolution is not about setting policy, Ortiz said, but rather about joining the UF Faculty Senate in one voice to highlight the issue.

“If we’re treating people unequally on campus, then we’re not truly living up to our desire to be a top 10 university,” Ortiz said.

Currently, Other Personnel Service workers do not receive paid sick or paid vacation days, nor do they receive any Social Security benefits from the university, according to a research survey conducted by the Alachua County Labor Coalition, though employees do pay into an alternative FICA system.

When the university closes for holidays or severe weather, Other Personnel Employees do not receive pay.

One response from an anonymous Other Personnel Service employee said that they lost a week’s worth of wages when Hurricane Irma hit which caused the employee to lose their residence and become homeless, according to a research survey from the Alachua County Labor Coalition.

The University of Florida increased the minimum wage for TEAMS employees in January 2016 to $12 an hour, according to a research survey from the Alachua County Labor Coalition, but did not include Other Personnel Service Employees in this hike in wages.

UF President Kent Fuchs said the university is looking at Other Personnel Workers who have been in their role for a significant period of time to see if a title change is appropriate.

“We’re not looking at paying OPS workers for time in which they don’t work,” Fuchs said.

No Other Personnel Workers were present at Thursday’s meeting.

Ortiz’s resolution will move forward as an action item to be voted on in the next UF Faculty Senate meeting.

UF Faculty Senate Chair David M. Quillen said the resolution will need to be approved by a majority of the senators present at the next meeting in order to pass.

The next UF Faculty Senate meeting is scheduled for April 19.

Ellie is a reporter for WUFT News who can be reached by calling 352-392-6397 or emailing news@wuft.org.
Previous How Much Does it Cost to Encroach a Public Sidewalk? $75,000 and Some Murals
Next Report: Union, Putnam Counties Are Among Florida’s Worst For Health Outcomes In 2018