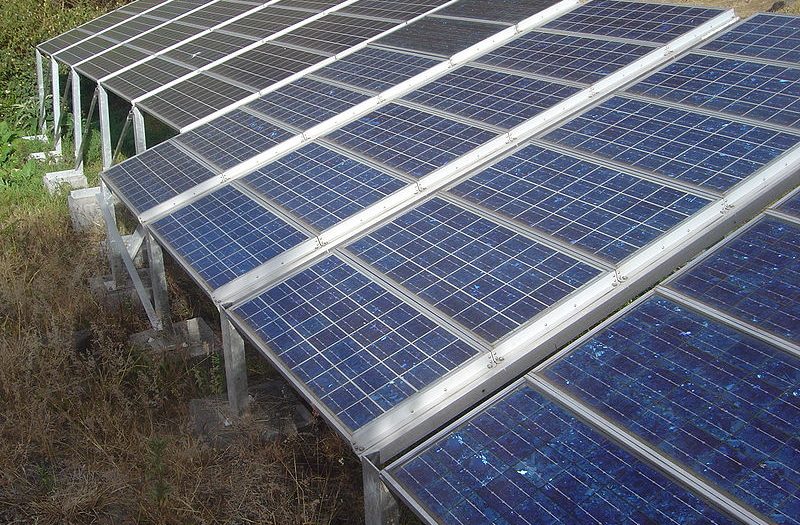 With the election just days away, millions of dollars in contributions continue to flood into an organization campaigning for Amendment 1.

Despite the controversy surrounding the amendment, Consumers for Smart Solar continues to collect campaign dollars from utilizes companies in the last days before voters decide on the issue. In October alone, the campaign received $4 million, according to the Florida Department of Elections Campaign Finance Data Base.

This brings the total amount of contributions to over $26 million.

Only 37 different people and businesses contributed the $4 million, most being utilities companies, according to the database.

Floridians for Solar Choice, the main opposition group, has been given approximately 500 individual contributions to their campaign, but their numbers are nowhere near the pro-Amendment 1 group, according to the database.

Screven Watson, a board member for Consumers for Smart Solar said that the majority of the contributed money has gone into advertising the amendment on television, radio and digital platforms.

He said that due to the presidential election going on at the same time, other campaigns are also battling for ad time on all kinds of media.

“There’s only a certain amount of ads on a newscast,” Watson said. “As more people want those ads, costs go up, so it takes more money to pass these things.”

At the same time, Floridians for Solar Choice have been running a grassroots campaign against Amendment 1, said Alissa Schafer, the solar communications and policy manager for Southern Alliance for Clean Energy.

Schafer said that they’re trying to spread their message with only a fraction of the funds that Consumers for Smart Solar has accumulated.

“We don’t have the millions of dollars that they do, but we do have the truth, the analysis and data on our side,” Schafer said.

Though there is a disagreement of ideas, all sides urge voters to take the time to fully read the amendment before seeing it on the ballot to know exactly what’s being voted on.

Michael Collins, the director of sales at Power Production Management, is a strong supporter of this notion. He said that the amendment is written strategically to deceive the voters.

The amendment is promoted by the organization, Consumers for Smart Solar, and although Amendment 1 seems like it would be beneficial to Floridians at first glance, it might create problems for people who want to use solar energy and potentially those who don’t.

Amendment 1 states that it will do three things: promote solar in Florida, protect Florida consumers from scams, rip-offs and unfair subsidies, and guarantee your constitutional right to place solar panels on your home.

Though only about 1 percent of the state currently uses solar panels, solar energy is a growing industry in Florida with a lot of potential, Collins said. He believes that allowing utilities companies to attempt to control solar energy with Amendment 1 could ruin the opportunity for Floridians to find high-paying jobs in a new industry.

“The utility companies have finally come to the understanding that this is a major threat to their business model, to their existence even,” Collins said. “They’re going to fight to the end to protect what they view is theirs.”

Isabella Sorresso is a reporter for WUFT News. She can be reached at 727-207-7390 or via email at isorresso@ufl.edu. Follow her @isorresso on Twitter.
@@isorresso
Previous Marco Rubio Visits Ocala, Encourages Early Voting
Next Bill Clinton, Stronger Together Bus Make Stops In Gainesville