Voters in Suwannee County will choose between Christopher Furst and Ronnie Richardson for District 5 county commissioner in the Nov. 8 election.

Here’s what voters should know about each candidate: 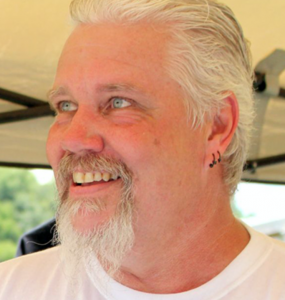 Furst moved to Suwannee County in 1990 with his wife. His campaign website covers his profile, endorsements and issues he stands for.

Furst did not respond to any of our emails or phone calls requesting an interview.

Richardson is a self-employed insurance agent and minister. He attended Indiana Wesleyan University and received his master’s in business administration.

He resides in O’Brien and has lived there for more than eight years in a property previously owned by his grandparents.

Richardson said he decided to run for county commissioner in late spring because he wants to begin conversations within the community.

“I have dealt with some inconsistencies with our current county commissioner with what he says versus what he does,” Richardson said. “He’s been more or less representing his own concerns.” 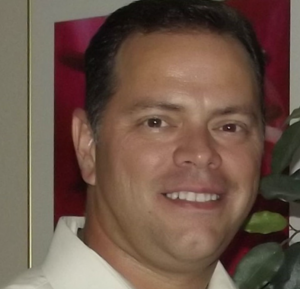 Richardson said he gets his ideas for legislation from the community, especially those who are smart, retired and have received a degree.

“We are spending the money of the people; they should have a say in how that money is spent,” he said.

He said the biggest issue the county will face in 2017 is reigning in spending.

“We had a commission that tried to consolidate jobs, but they are spending money in other areas,” he said.

To create more jobs within the county, Richardson said, the county needs to get behind local businesses and develop a more educated work force.

“We need to develop opportunities for the kids to develop skills and higher learning,” he said. “We need to focus in on tourism and those temporary seasonal jobs.”

According to Richardson, agriculture is important in District 5, and Suwannee County is one of the few counties left that are primarily based on agriculture and depends on it.

He said he hopes to invest in the area not just monetarily but by developing opportunities for higher education and research.

The biggest environmental issue facing Suwannee County is a pipeline that will cut the county in half, he said. The pipelines are beneficial by giving alternative energy sources but create issues for businesses in the area and for the environment.

“I believe this is an issue that is taken out of context and shouldn’t be a political issue,” Richardson said. “It should be a moral issue. … I guess it’s ironic that this environmental law is creating environmental problems for our community.”

When asked about the Freedom of Information Act, Richardson said that as long as national security and public safety aren’t a concern, there should be an attitude of transparency and ethical behavior in government.

The state government should be involved at the local level with the betterment of the good of the state, Richardson said. However, he added, the amount of legislation needs to be monitored because something that pertains to a bigger county like Miami-Dade might not pertain to Suwannee.

“I don’t have a problem with it if it is beneficial to the community,” he said. “However, if we don’t follow the law and we legalize all of it, I’m opposed to it.”

Richardson believes that to get good employees, they must be paid. He thinks the government should be less involved in business owners’ decisions and allow the market to grow and flourish as it deems fit.

Richardson said he gets his news mainly from the internet and television. He is used to looking at news reports on his phone or the local newspaper, but he hasn’t been happy with the newspapers because of their biased stance on politics.

He said he votes in every election, belongs to Southern Baptist Church and donates to his church for charity.

Richardson believes people should vote for him because he cares about the county.

“I’m going to bring common sense to the county,” he said.

Brooke Steinberg is a report for WUFT News and can be reached at 352-392-6397 or bsteinberg@ufl.edu.
Previous Photos: President Obama Campaigns For Hillary Clinton At UCF
Next Florida Votes 2016: Suwannee County Commission District 1