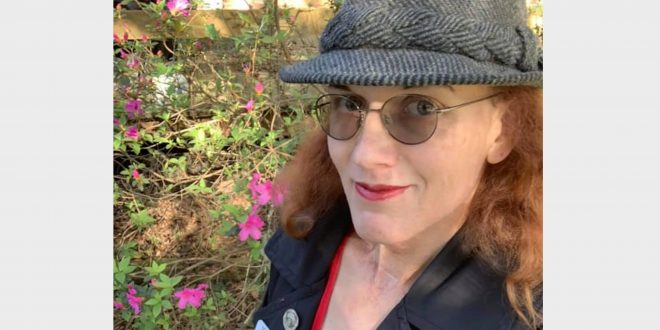 ‘An Inspiration To Us All’: First Openly Transgender Woman To Run For Florida Senate Dies Weeks Before Election Day

Melina Rayna Svanhild Farley-Barratt wasn’t supposed to be in Tallahassee that day in March.

Farley-Barratt and the rest of her team at the activist Florida National Organization of Women (NOW) had been trying to block the 2020 Senate Parental Rights bill for months. The group believed it could disrupt LGBTQ-friendly sex education in schools and prohibit minors from getting medical or mental help.

Farley-Barratt, NOW’s legislative director, would have to drive three hours to Tallahassee to attend the committee meeting. After eight years of having metastasized thyroid cancer, this was no small task.

NOW Secretary Lakey Love tried to talk her out of it. Farley-Barratt decided to make the drive anyway — and by the time the team came cheering out of the meeting, the bill had died.

“[Melina] sat down, and the smile on her face…” Love said, trailing off. “It was the pure adoration of knowing that she had just saved hundreds of thousands of LGBTQI+ kids across the state.”

Seven months later, Farley-Barratt died of cancer on Oct. 13 at 41. She left behind numerous accomplishments as an activist, politician and humanitarian, including being the first openly transgender woman to run for Florida Senate. She did so in District 5, a massive area that encompasses some or all of Clay, Bradford, Union, Baker, Columbia, Suwannee, Gilchrist, Lafayette, Dixie, Levy and Marion counties.

“Melina was a brave soldier for the marginalized and the oppressed,” Love said. “She’s just an inspiration to us all.”

Florida NOW President Kim Porteous said that since she joined NOW in 2016, Farley-Barratt helped defeat more anti-woman, anti-LGBTQ and anti-transgender bills than she can count.

In every rally and march with a megaphone, in every committee meeting with a microphone, she made issues real with her voice, Porteous said. Even with a throat-based cancer, she spoke until she was hoarse.

While lobbying against the Parents Rights bill, Farley-Barratt spoke in Tallahassee about Leelah Alcorn, an Ohio transgender girl who killed herself by walking into oncoming traffic after her family didn’t accept her. To Porteous, it was the best speech she ever gave.

“It was speaking directly against the capitol of folks who were saying that ‘We the parents know what’s best,’” Porteous said. “And her [rebuttal] was, ‘No, that’s not true. Because sometimes what parents do amount to nothing but death.’”

She took the same personal approach when fighting the Vulnerable Child Protection Act, which could have criminalized doctors performing gender-affirming treatments or surgeries on transgender children, or supporting the Human Trafficking bill that promoted sex trafficking education and awareness.

It wasn’t just the Capitol that Farley-Barratt had to stand against — it was NOW itself.

NOW rejected her proposal to hold a workshop about trans-exclusionary radical feminists, or TERFs, at its 2019 national convention. When Farley-Barratt and Porteous took a closer look, they realized that not a single LGBTQ workshop was provided.

“People who were not as welcoming as they should have been to her all of a sudden realized, ‘Wow, look at the Wonder Woman!’” Porteous said. “Wonder Woman united everyone.”

Farley-Barratt later drafted a resolution proposing that 15% of NOW conference workshops should be LGBTQ-focused, with at least one addressing transgender issues specifically. It passed.

“She went in with grace, like Mary Poppins. A Wonder Woman,” Porteous said. “And then she came out with a victory for the future — a future she did not see.”

Not only was she the first transgender woman to run for any Florida Senate seat, she was doing it in a Republican-dominated area against Jennifer Bradley, wife of the current District 5 representative Robert Bradley. Foerst called the pair a “colossal powerhouse” and a “political dynasty.”

Bradley posted her condolences on Facebook the day after her death.

“While I never had the opportunity to meet Melina, she was known as a passionate advocate for equality and her work was impactful to many,” she wrote. “My prayers are with her family and friends during this difficult time.”

Farley-Barratt’s name remains on the ballot for the Nov. 3 election. In her place stands Stacey Peters, president of the Democratic Woman’s Club of Levy County. Every vote for Farley-Barratt will now count toward Peters.

Peters steps into the race at a disadvantage, said Foerst, who now acts as Peters’ treasurer. Peters cannot use Farley-Barratt’s campaign funds. Her last day to accept donations is Oct. 29.

WUFT reached out to Peters for comment, but she did not respond before publication.

Farley-Barratt loved activism and politics, and she also loved going out to eat a warm bowl of French onion soup. She always parked crooked, and her car bumper was layered with feminist stickers like mobile billboard.

She also never came to an event underdressed. She was always “glammed out” in what some may consider old-fashioned clothing, from flippy skirts to quaint hats and fancy heels, Porteous said.

Farley-Barratt rarely let it show that she had cancer, and when she did, she tried to be positive about it. When she showed Porteous a lump of cancer growing on top of her skull in January 2020, all she said was that she was glad her vitals were still stable.

Chloë Goldbach, who met Farley-Barratt in 2016 through the Gainesville-based transgender group TranQuility, said she was confident from the start, but she watched her outgoing nature flourish as the years passed.

“I could tell from the very first moment that she was just somebody who’s very, very caring about other people,” Goldbach said. “Everyone gravitated toward her since she had an air of authenticity and selflessness.”

Elliott Farley, Farley-Barratt’s spouse, said she was always easy to approach. She would set up a table at local events in rural areas with a transgender-themed T-shirt or other identifier and let people walk up to ask her questions.

“She lived her life how she wanted, and she did things as she wanted,” he said. “Just being around and willing to talk to people has really helped bridge the gap a bit.”

While Farley-Barratt was in hospice, Goldbach teamed up with Farley to collect a series of quotes from people who were impacted by her and her work. It wasn’t finished before she died, but the collage (seen on the right) is posted on the Facebook pages of friends and family — with a photo of Farley-Barratt in her Wonder Woman costume smack in the middle.

It isn’t the only remembrance planned for Farley-Barratt. Her memorial is on Nov. 7 at the Trinity Metropolitan Christian Church of Gainesville from 1 p.m. to 4 p.m. Florida NOW also wants to throw a gala for her next October. Goldbach is creating a Wikipedia page for Farley-Barratt for others to remember and pass on her work.

Love said the best way to remember Farley-Barratt is to continue her efforts for women and the LGBTQ community.

“If we’re honoring her name and her work, then what we’re going to do is after the election, we’re going to show up,” Love said. “And we’re going to hold our elected officials accountable… for equity and equality for everyone.”

Hope is a reporter for WUFT News who can be reached by calling 352-392-6397 or emailing news@wuft.org.
Previous ‘They Just Kind Of Fascinate Me’: Lubee Bat Festival Draws Fans From Near And Far
Next Florida Says It Will Give More Scrutiny To COVID-19 Deaths