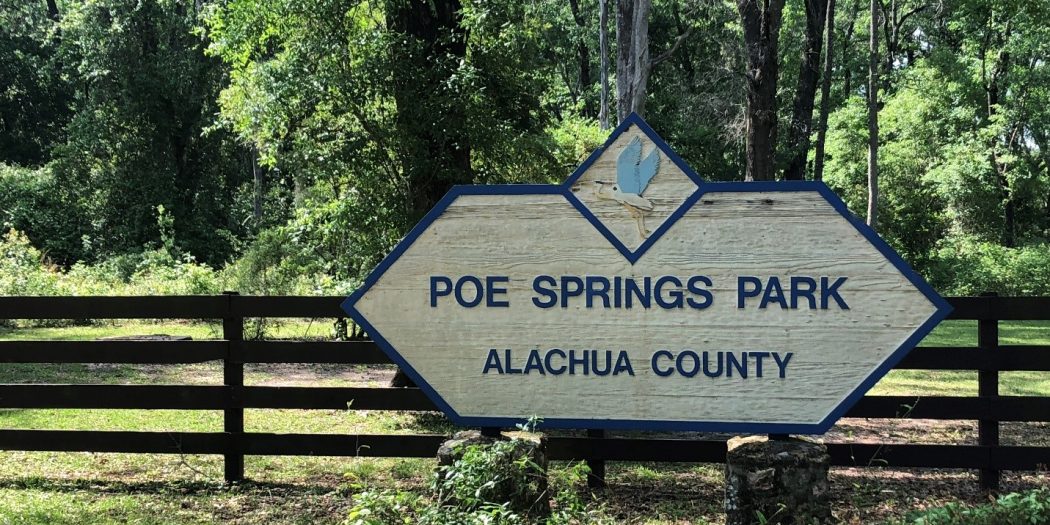 Poe Springs Park sits on the border of Alachua County and Gilchrist County. Because it is owned by the county, the park is free to use, barring a $4 per car fee.

Bob Barnas is hopeful that Poe Springs Park will finally reopen this summer after it was shut down due to damage from Hurricane Irma in September.

The former High Springs city commissioner, who runs the Poe Springs Facebook page that has a reach of nearly 4,000 people, has seen pictures sent to him of the damage still left over from the hurricane, like broken walkways and sand that washed up from the Santa Fe River.

Barnas said he doesn’t think the park will be open soon.

However, with the summer approaching, Alachua County has started the cleanup and restoration phase, and Charlie Houder, the county’s director of Parks and Conservation Lands, said Poe Springs is scheduled to open by Memorial Day, May 28.

He said the primary reason for the delay was that the county was waiting for a review of the damage from FEMA and a chance to get reimbursed. As of publication, the county had not been reimbursed yet, but it still plans to move forward with getting the park open anyway.

“We knew that we had to get the facility open again,” Houder said. “We got the go-ahead from the county manager to take action.”

There’s still a lot that needs to be done to get Poe Springs operational. Houder said a large ash tree fell and tore down a part of the boardwalk. A large amount of sand and debris from the Santa Fe river poured into the spring water, leaving the springs dirty and flooded. That flooding also damaged the canoe launch.

“We didn’t want to risk the possibility of not getting reimbursed,” Houder said on waiting for a $20,000 to $30,000 reimbursement from FEMA.

Houder said the county decided to take money from the county budget to fix the park until the reimbursement comes in.

“You’ve got to carefully document,” said Mark Sexton, the Alachua County Communications and Legislative Affairs director, and “carefully go through a proper process.”

Sexton said the county had a lot of new priorities from the moment the hurricane left. Because Poe Springs is mainly used during the summer, the county focused on other things that needed attention, like the restoration of some of the county’s lakes.

“It’s extremely important,” Sexton said. “It’s a public park that also has a public spring. A lot of people feel very strongly about the springs. It’s part of the reason why we are taking this repair and restoration seriously.”

Poe Springs, one of the main springs in High Springs, is located in and owned by Alachua County, but people from nearby counties also use it.

“Poe Springs has been a hub of use for Alachua County, Gilchrist and Columbia County,” Barnas said. “Gilchrist borders the gateway.”

The park has many attractions other than the springs that make it so popular, including a volleyball field, baseball field, boat ramp and launch, fishing pier and a clubhouse.

Because it’s a county park, Houder said, it’s open to the public and is mostly free. The only fee the park charges is a $4 per car fee, but access to the springs and facilities is free.

Now that the restoration of the park is getting started, the Memorial Day target deadline is looking more and more like a possibility. Barnas said he would love to see that happen and looks forward to when the springs will be open again.

“It’s the only spring park Alachua County has,” Barnas said. “Anyone who wants to use it for free goes to Poe Springs.”

Jake is a reporter for WUFT News who can be reached by calling 352-392-6397 or emailing news@wuft.org.
Previous A Blood Plane: How Air Travel Solved LifeSouth’s Distribution Problems
Next April 24, 2018: Afternoon News In 90