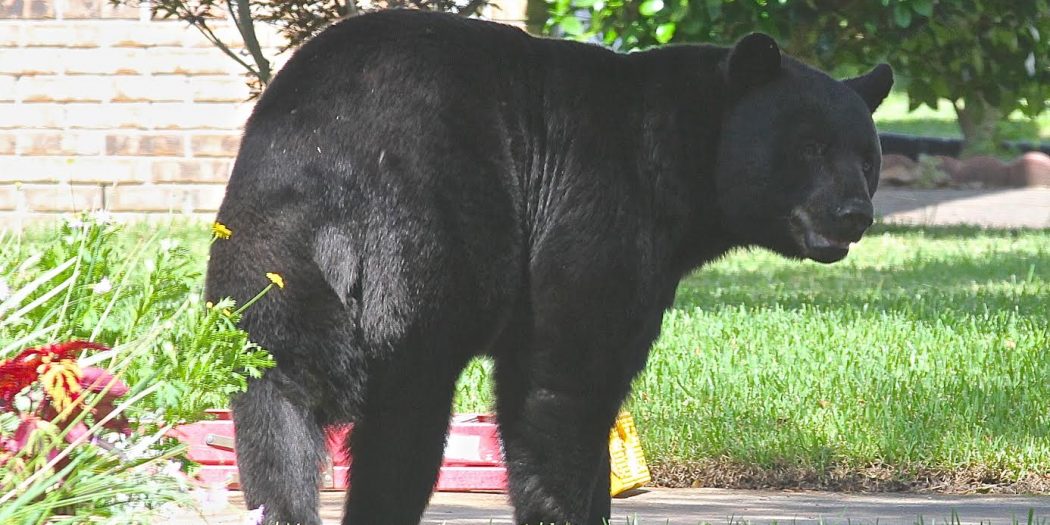 (Photo provided by the Florida Fish and Wildlife Conservation Commission)

For David Telesco, bears are a success story, he said.

Since 2002, the number of bears in Florida has increased by 48 percent, said Telesco, the bear management coordinator for the Florida Fish and Wildlife Conservation Commission.

“They’re doing exceptionally well in a growing state like ours,” he said.

To understand how the population will continue to grow, the commission has begun a three-year study to collect data on bear population demographics in northwest Florida.

This spring, researchers will place radio collars on cubs to track the number and survival of the cubs over the three years’ time. This is a similar method to the one used in 2002, when the last survey of this kind took place.

The study comes after last month, when researchers from the FWC along with Dr. Joseph Clark, a research ecologist with the U.S Geological Survey, finished collecting two years’ worth of data to estimate the state bear population at about 4,000.

Clark and others estimated population size by collecting bear hair samples in areas across the state and extracting DNA. They then identified the animals individually and determined when and where they were last detected.

Telesco said the bear management program will gather data on the bears in Apalachicola to study various demographics, such as survival and reproduction rates, in that area.

But regarding the broader purposes of the study, Clark said he thinks population estimates are pretty central to determining if there will be future bear hunts in the state.

If those in charge of the bear hunt decide to set quotas or determine the numbers of hunters on the landscapes, he said, “then the population numbers, as well as the survival rate data and other kinds of things, I’m sure will all be taken into account.”

Telesco said the job of the staff of FWC is to present all the information he gains to commissioners and allow them to make the decision.

“A lot of data will be used by our commissioners to determine whether or not that’s going to be something that we’ll be pursuing in the future,” Telesco said.

Though the study is taking place in Apalachicola, Telesco said other populations will be studied.

Telesco said three large populations of bears are in the Ocala National Forest, Big Cypress National Preserve and Apalachicola in the Panhandle.

“We’re basically rotating through the populations, and then eventually we will go back and do another population estimate,” Telesco said. “But at this point we wanted to get the demographics of the Apalachicola population.”

The bear population in the Apalachicola population, specifically in Tate’s Hell State Park, however, comes second to the population tracked by the bear management unit in Ocala National Forest.

The population in and around the national forest is 1,193, a little more than ¼ of the entire Florida bear population.

But despite an increased population, Tom Mooney, an outreach coordinator for Stop the Florida Bear Hunt, an anti-hunt group, said his group will do its best to make sure no bear hunt occurs.

“In our eyes and my eyes and in Stop the Florida Bear Hunt’s eyes,” he said, “after protecting something for 25 years, and in the sheer size of the state of Florida, the bears need to be protected for another 25 years.”

Mooney said if bears are nuisances, a solution would be to get bear-proof containers so the bear stay out of rural neighborhoods.

Clark said he thought the data gathered from the current study might also be important in deciding how to manage conflict bears, such as those mentioned by Mooney.

On Tuesday, the FWC released a list of 19 local governments that had applied for bear conflict-reduction funding, including Marion and Putnam counties, according to a press release.

Telesco said the Commission is now looking at the funding requests and attempting to figure out how to get equipment at discounted rates to residents and businesses.

Telesco said the FWC’s goal is to have people and bears coexist with as few conflicts as possible. He predicts trash ordinances will become prominent in local jurisdictions to keep trash secure.

“I think we just have to strike a balance between growing bear population and growing human population,” he said.

Cecilia is a reporter for WUFT News and can be contacted by emailing mazanecc@ufl.edu.
@@CeciliaMazanec
Previous City of Gainesville To Ban Smoking In Public Parks
Next Souls to Polls Encourages Minorities To Vote Early