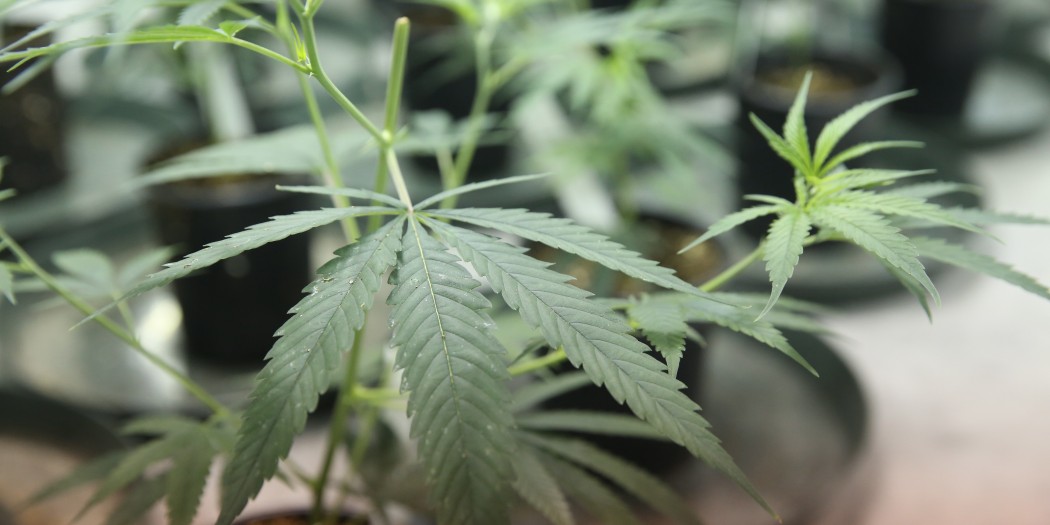 With medical marijuana already a reality in Florida, voters will decide in November whether to vastly expand the types of patients who are eligible for the treatment.
It’s the second time Floridians will weigh in on a medical-marijuana constitutional amendment, with the first proposal narrowly failing in 2014 to capture the 60 percent approval required for passage.

But the evolving politics of pot, an already-established marijuana industry and increased voter turnout for the presidential election improve the odds of passage in 2016.

“It’s not a newfangled wild proposition. Five million Florida voters have already considered the issue, and it nearly passed with that electorate that is a much more conservative electorate than we have this time,” University of Florida political science professor Daniel Smith, who specializes in ballot initiatives, said in a recent telephone interview. “The establishment was much more opposed to medical marijuana two years ago than they are today. … So the fearmongering ‘the sky will fall’ argument is two years put to rest.”

The proposal on the Nov. 8 ballot appears to have overwhelming support, according to recent polls. A Florida Chamber of Commerce poll found that 73 percent of likely voters endorse the measure, after 58 percent voted for the 2014 version.

Partly to fend off the 2014 pot proposal, Florida lawmakers that year authorized non-euphoric marijuana for patients with epilepsy, chronic muscle spasms or cancer. The 2014 law also set up a regulatory structure for the marijuana industry. The Legislature this year expanded the law to allow full-strength marijuana for terminally ill patients.

But supporters of the proposed constitutional amendment say the Florida law does nothing for a host of severely ill patients who could benefit from the treatment.

Backers of the initiative, now titled “Use of Marijuana for Debilitating Illnesses” and appearing on the ballot as Amendment 2, tweaked the 2014 version to address criticisms from opponents.

For example, the revised proposal tightened language regarding minors — a major source of contention for opponents two years ago — and now requires parental consent before doctors can recommend the marijuana treatment for children, something supporters of the amendment insist is already required by state law.

And it added language that would allow physicians to recommend medical marijuana for patients with “other debilitating medical conditions of the same kind or class as or comparable” to those named in the amendment and for which the doctor believes “that the medical use of marijuana would likely outweigh the potential health risks for the patients.”

But critics insist the provision giving doctors leeway to recommend the treatment for unspecified illnesses amounts to “de facto legalization” of pot.

A recent television ad featuring Sheriff Sandra Hutchens of Orange County, Calif., warns that the amendment would expose Florida to a host of horribles experienced in her state, which in 1996 became the first to legalize medical marijuana.

“Thousands of pot shops pushing pot for things like trouble sleeping and anxiety. Only 3 percent of so-called patients have cancer or AIDS. Amendment 2 isn’t about helping the sick. It’s about legalizing pot. In California, we learned that, the hard way. Don’t let it happen to Florida,” Hutchens says on the ad.

But John Morgan, an Orlando trial lawyer who has largely bankrolled the amendment effort, dismissed such criticism.

“If I wanted to legalize marijuana, that’s what I would have done,” says Morgan, who has spent at least $2.6 million of his and his law firm’s money so far this year on the initiative.

Morgan frequently contrasts marijuana, a natural substance, with deadly prescription drugs that cause 14,000 overdoses annually and hook tens of thousands of other people.

“All I know is this. They could put up these scare tactics and these pictures of bud tenders. … But this is not a pharmaceutical and guess what? Thank God it’s not. Man made opioids. God made pot. I’m going to go with God every single time when it comes to me. And by the way, marijuana has never killed one person,” Morgan said during a recent debate.

While Morgan is still a major player in the effort to pass the measure, the bombastic trial lawyer has toned down his approach.

Two years ago, Morgan — the chairman of People United for Medical Marijuana, the political committee behind the marijuana initiative — used a bus tour to promote the proposal to college students.

In one of many appearances across the state, Morgan was caught on tape delivering a boozy, expletive-laced monologue to what appears to be a crowd of young supporters at a bar after a rally in the Lakeland area.

Morgan said in a recent telephone interview that he decided that “less of me is more” this year as he tries to pass the amendment.

“I believe that you have to learn from the past, and last time I think that the bus tour was good at that time, but I don’t think it would be good for this time,” Morgan said. “I just think it’s better to have this time a more cerebral discussion than a rock-and-roll tour.”

On the other side, some of the same opponents who helped kill the measure two years ago are again contributing to the “No on 2” campaign.

Morgan frequently points out that one of measure’s harshest critics two years ago — the Florida Sheriffs Association — hasn’t formally opposed this year’s initiative.

But numerous sheriffs are speaking out against it. Also, the Florida Police Chiefs Association urged voters this week to oppose the amendment.

“First and foremost, this is something that should not be in our Constitution,” Charlotte County Sheriff Bill Prummell told The News Service of Florida.

Opponents like Prummell have made much of a Department of Health estimate predicting the amendment could spawn up to 2,000 dispensaries across the state, warning that a proliferation of “pot shops” could lead to a repeat of the prescription-drug epidemic that branded Florida as the pill-mill capital of the country not long ago.

Morgan also likes to say that Attorney General Pam Bondi, who opposed the measure in 2014, has been silent on the issue this year.

“I continue to believe that Amendment 2 will expand the use and access of marijuana in Florida, especially among our youth,” Bondi said in an email, adding that she supports the state’s current law. “Unlike legislation, an amendment will be a permanent part of our Constitution and would be difficult to reverse if found detrimental to public health and safety.”

Amendment 2 could allow medical marijuana as an option for an estimated 500,000 patients in Florida, making it the second-largest market in the country. Two dozen other states have already legalized medical marijuana.

The outcome of Florida’s election is “critically important” for marijuana issues nationwide, according to United for Care campaign manager Ben Pollara.

While a number of states are considering marijuana initiatives this fall, the cannabis industry is focused on elections in Florida and California, where voters will decide whether to legalize pot for recreational use.

“Unless both of those pass, it will be a devastating blow to marijuana reform efforts for the next decade,” Pollara said.

The News Service of Florida is a wire service to which WUFT News subscribes.
Previous Gator Growl Organizers Trying To Bring The Crowds Back
Next Local School, UF Club Collecting Donations for Haiti After Hurricane Matthew