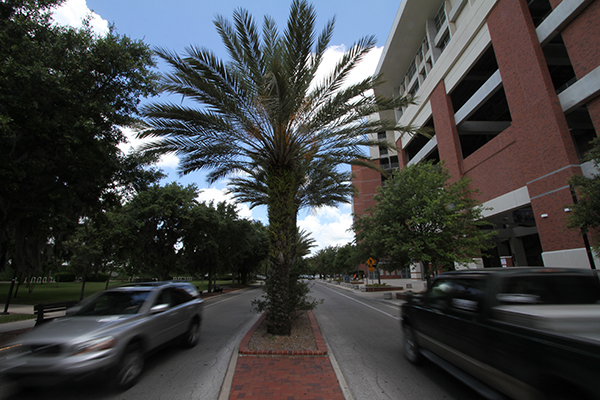 For those looking to film or record a video on the University of Florida’s campus, Dan Williams is the gatekeeper.

As UF’s assistant vice president of marketing, Williams approves or denies location agreement requests from production companies and individuals who wish to film anything from commercials to movies to music videos on campus.

Jessica Sims, an employee of the Florida Department of Economic Opportunity, said the state governs sales tax exemptions related to entertainment industry productions but does not regulate film permits for areas throughout the state.

“Permitting is handled by each individual jurisdiction, or by the property owner,” Sims wrote in an email. “Generally, film permitting on college campuses is handled directly by the university.”

The Florida Office of Film and Entertainment provides a guide for those wishing to film on state property.

Williams said UF’s location agreement, developed by the university’s General Counsel’s office, covers filming anywhere outdoors on campus. For instance, if an individual wants to film inside a building, or use a location where the trademarked Gator logo is visible, such as Ben Hill Griffin Stadium, then additional permits, like a licensing agreement, are required.

“The University of Florida being a government entity, a state entity cannot endorse or recommend any private products or services or entities,” Williams said. “So whatever is shot on campus can’t be used in that context.”

Williams said some exceptions have been made to that rule — with the General Counsel’s approval.

“Well, it could conceivably be used to promote something, but we would have to have prior approval of the actual advertisement,” Williams said. “We can be fairly limiting in that respect.”

During his seven years reviewing requests, Williams says the most submissions he’s ever received was when Ryan Lochte was preparing to go to the 2012 London Summer Olympics. Upon his return, AT&T filmed a commercial starring Lochte at the Broward Pool.

Williams estimates that one out of every five requests he receives gets passed along to the General Counsel for review. Williams can often see up front what’s going to work or not.

“We’ve gotten things where I’ll look at the script and some college student has got a Gator T-shirt on and he’s, you know, smoking dope or something, and I say, ‘That’s not going to happen,’” he said.

Earlier this semester, the university hired Bruno White Entertainment Inc. a digital production company based in Kissimmee to film and produce scenes for an interactive UF Counseling and Wellness Center class.

“It wasn’t bad at all,” said Bruno White Entertainment producer Stacey Cook. “I contacted Dan Williams and he sent me the location agreement to fill out online. They signed off on it … The whole process took two to three days.”

Ten days before Cook and her crew began shooting on Oct. 22 and 23, she had the signed and approved location agreement. The Bruno White Entertainment crew shot scenes at UF’s Digital Worlds Institute, various places on campus like Library West, a mock-up dorm in Weaver Hall and Gator Corner Dining Center.

The fee, which varies from case to case but is usually associated with the agreement, was waived because the university contracted Cook, she said.

“It was easy and hassle-free,” Cook said. “They had their act together.”

Erica is a reporter who can be contacted by calling 352-392-6397 or emailing news@wuft.org.
Previous Despite No Local Home Rink, UF Hockey Team Battles On
Next Priest Theatre Now Has New Digital Projector

Artistic crosswalks are coming to Northeast 15th Street in Gainesville 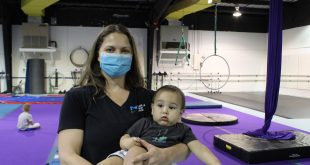 Johanna Weiss spent the summer generating interest in her two student bands, but without enough …