Obama opened his speech detailing how the chemical attack violated the basic rules of war.

He said he knows the Assad regime is responsible for the attack, which killed thousands of people, including hundreds of children. As a result of the attack, Obama said he is prepared to act and take a stand against the use of chemical weapons by launching a targeted military strike at Syria.

This strike, Obama said, is warranted because Syria threatens America’s national security. Obama addressed some of the questions he has been asked by congressmen and civilians alike. He said America has to send a message to Syria that no other nation could deliver.

Obama said he has seen encouraging signs between Russia and Syria in terms of getting Assad to give up his chemical weapons, but it’s too early to tell if these plans will succeed.

He said he asked Congress to postpone the vote on whether or not to use military force on Syria. In his closing remarks, he addressed the need for America to react.

It was expected for Obama’s speech to give the American people strong, moral reasons for sending a message to Syria.

Some North Floridians felt Obama accomplished this goal and was effective, while others remain unsatisfied with a potential strike.

Congressman Ted Yoho, R-Fla., said before the speech that if Obama was to act without a national threat, it would be an act of aggression and the beginning of a war. He finds it would be unconstitutional if the U.S. were to use military action on Syria.

I do not see a direct threat to the U.S. from this internal civil war in Syria, and I find it deplorable that they’ve killed over 110,000 people.  Fourteen hundred to 2,000 people have been killed with chemical weapons. I think that’s reprehensible. But, if you put it in perspective, there’s 2,000 people killed there and there’s 108,000 killed with conventional weapons. To me, they’re both just as despicable, and it should come to an end. I cannot, will not nor shall I support intervention on this conflict.

Brian Moore is president of the NatureCoast Coalition for Peace and Justice, an anti-war organization. He said Tuesday he believes Obama would still want to go to war even if he does get the votes from Congress or if Russia isn’t able to cooperate with Syria:

I think President Obama is going the wrong way, and he’s not directing and leading the people correctly.

Omar Zeineladbin, a junior at the University of Florida, was born in Syria and left for the United States with his parents when he was 9 months old. He said Obama gave a strong statement during his speech:

I really do understand that the average American has grown tired of war. We’ve had Iraq, Afghanistan and so on.  However, Syria’s not like any of these. The proposed attack by the Obama administration is specified to be limited in time and scope with no boots on the ground. We have to realize that Syria has become a threat to the United States and its allies. The United States needs to send a clear message to not only Syria but other nations that acts like these will not go unpunished.

Kenneth Wald, a distinguished professor of political science at UF, said Obama is the best political communicator the American people have seen since Ronald Regan:

It was a good speech. I thought he was affective in the way he used comments from letter writers, in his connecting this commitment to his past objection to the use of force – in a number of ways.

Richard Conley, an associate professor of political science at UF, said Obama’s speech wasn’t enough. He said he thinks it’s a little too late for military action because the Russians have more leverage with Syria than the U.S.:

The timing of this speech simply couldn’t come, I think, at a worse time. Tomorrow is September the 11. Twelve years ago we had the horrible attacks in New York and Washington. It’s the year anniversary of Benghazi. There appears to be a cover up of some variety – how deep we still don’t know. The timing of all of this is very, very bad for the president. I think also the fact that this is now 20-something days after the actual chemical weapons were used allegedly by Assaud.

Twitter was alive Tuesday with American reactions to President Barack Obama’s speech on his possible strike in Syria. They included many tweets from those in and around Gainesville.

Meghan is a reporter who can be contacted by calling 352-392-6397 or emailing news@wuft.org.
Previous Sept. 10, 2013: Afternoon News in 90
Next Gainesville Medical Practices Combine Eastern, Western Medicine 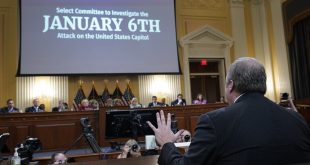 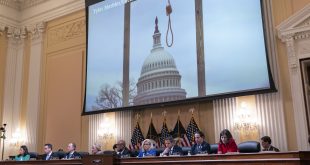 Jan. 6 panel says Trump fleeced his base and 5 other takeaways from the 2nd hearing

At the first hearing, on Thursday, panel Chairperson Rep. Bennie Thompson said Trump was at the center of the conspiracy that the 2020 election was stolen from him and then "spurred a mob of domestic enemies of the Constitution to march down to the Capitol and subvert American democracy."