Florida’s Legislature is moving toward ensuring new protections for disabled people who may need organ transplants, part of a national trend among states.

The proposals would formally ban insurance companies and others from denying transplants for anyone with physical or mental disabilities. Committees in the House and Senate unanimously approved bills on the subject last week.

Twelve states, including California, Maryland and New Jersey, already have such laws in place, according to the New York-based National Down Syndrome Society. Florida is one of eight states with pending legislation. Roughly 112,500 people in the U.S. are awaiting organ transplants.

Many organ transplant centers have policies that bar or caution against placing people with HIV, psychiatric disabilities or intellectual and developmental disabilities on waiting lists to receive an organ transplant, according to a 2019 report for President Donald Trump by the National Council for Disabilities.

The rights of people with physical and intellectual disabilities are already protected under the Americans with Disabilities Act, but the council’s report said doctors and organ transplant centers are often unaware that the law applies to the organ transplant process. It found continued problems even in states that have passed laws like the one being considered in Florida.

Last year, for example, federal regulators settled a complaint against the University of North Carolina health care system involving a staff doctor who determined a patient was not a good candidate for heart transplant because of the patient’s developmental learning disabilities and because the patient did not live independently.

“Every life is precious and no one should be blocked from access to an organ transplant because of stereotypes about persons with disabilities,” Roger Severino, the director of the Office of Civil Rights for the U.S. Health and Human Services Department said in a statement.

The process of seeking a transplant is stressful, and disabled patients who are denied organs may not even realize they were illegally discriminated against.

“They are discouraged and sometimes they have been told that they don’t qualify multiple times,” said Dee Alexander, a senior aide to Florida Sen. Aaron Bean, R-Jacksonville, who sponsored one of the bills. “Most people don’t go back. They are just so frustrated and exhausted from the process that they don’t go back.”

Some social and environmental factors are considered during the process of deciding who receives a donated organ, said Michelle Gilchrist, chief executive officer of the National Foundation for Transplants, based in the Memphis, Tennessee. But it would be biased to decide not to give someone with Down syndrome an organ because they may have a lower life expectancy, she said.

Georgia is considering a similar bill called Gracie’s Law, named after the infant daughter of nurse Erin Nobles of Louisville, Georgia, whose daughter was born with Down syndrome. Another supporter of that bill is Stephanie Meredith, medical outreach director at the University of Kentucky’s Human Development Institute and mother of a 20-year-old, Andy, who also has Down syndrome.

Meredith said Andy’s disability could be used to prevent him from receiving a transplant if he ever needs one.

“The idea of denying anyone a transplant when they could be successful, based on perception about their quality of life, is discriminatory,” Meredith said.

This story was produced by Fresh Take Florida, a news service of the University of Florida College of Journalism and Communications. The reporter can be reached at erosen@freshtakeflorida.com 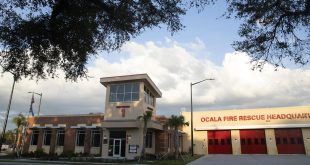 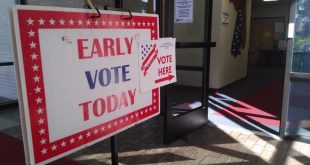