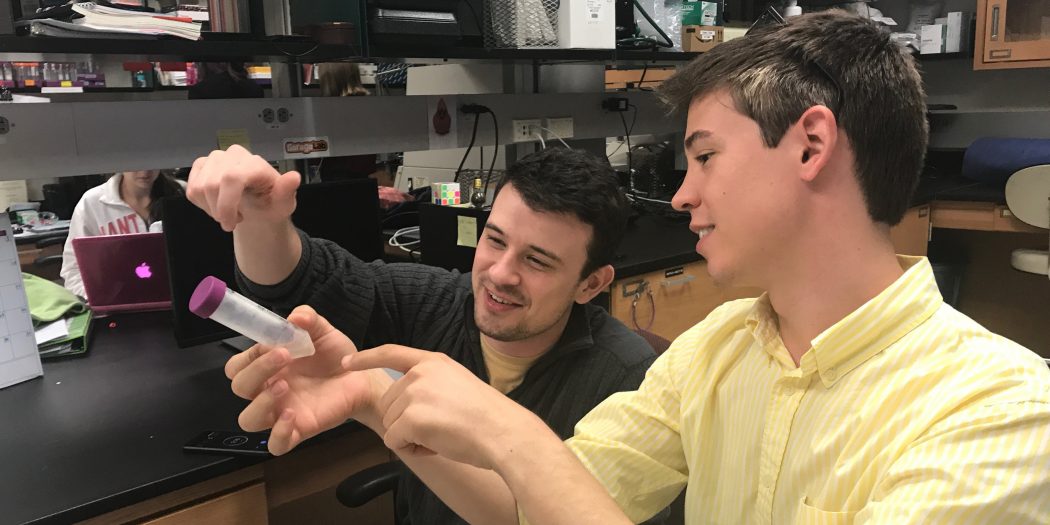 Brain researchers affiliated with the University of Florida are leading the way in the practice of team-based sciences, joining forces to share knowledge and collaborate around an important area of medicine.

Dr. Sara Burke, assistant professor in the Department of Neuroscience at UF’s McKnight Brain Institute, said the idea of team-based science has gained traction in the scientific community within the past five years or so.

“Better work gets done when people do it in collaboration than when a lab is doing the work by itself,” she said.

This concept, in part, is what lead to the creation of the Florida Consortium on the Neurobiology of Cognition (FCNC), of which Burke is president and co-founder.

Around 2014, several academic scientists interested in studying the brain coincidentally moved to Florida to set up labs at the same time. Each of the researchers had, as Burke put it, “funny, loose affiliations.” They had met through school, conferences or collaboration over the years, and reignited contact when they found out they had all ended up in the same state.

“We were corresponding over email, and Dr. Timothy Allen had the idea that we should have some sort of group that was affiliated and that we could collaborate and share resources,” Burke said.

Burke and Allen, along with other FCNC leaders, met at conferences throughout the year and developed plans for the FCNC.

“The idea of the consortium is that if you are a researcher and you care about cognition, then we want you to be part of this group,” Burke said.

Last year, the consortium held a meeting that was purely organizational. Leaders met to answer questions relating to the goals and structure of the consortium. This year will be the first official conference where researchers from across the state will gather at the McKnight Brain Institute at UF for a two-day meeting.

Sean Turner, a research technician in Burke’s lab, conducts research on the normal aging process. He said that it may not seem as glamorous as studying diseases like Alzheimer’s or Parkinson’s, but it’s just as important to have a fundamental understanding of what is happening in the brain when something doesn’t go wrong.

“You need to know how it works before you can know how to fix it,” he said.

The researchers in Burke’s lab agreed that the opportunity to collaborate with scientists from across the state is an invaluable resource. Sarah Johnson, a postdoctoral researcher in Burke’s lab, said she has already been impacted by the other scientists and researchers she’d met through the consortium.

“Interacting with some of the colleagues I’ve met in the consortium has led me to develop new ideas for grant applications that I’ve submitted, and to see new connections in data I’ve collected over the past few years,” she said.

Turner offered his appreciation for the consortium from the perspective of a young researcher, adding that making connections with more senior scientists in the field “is incalculably useful for the advancement of my own career.”

In addition to sharing findings and resources between labs, Burke said the consortium hopes to bring visibility to the growing field of neurobiology in the state. She thinks this will not only help researchers but UF and the state as a whole in terms of prestige and monetary funding.

Burke explained that when research money is awarded to a researcher in the state, their university gets what is called indirects.

“This means also more money into the university,” she said.

Abigail is a reporter for WUFT News who can be reached by calling 352-392-6397 or emailing news@wuft.org.
Previous Anti-Panhandling Ordinance Implemented In St. Augustine
Next Afternoon News in 90: April 11, 2018