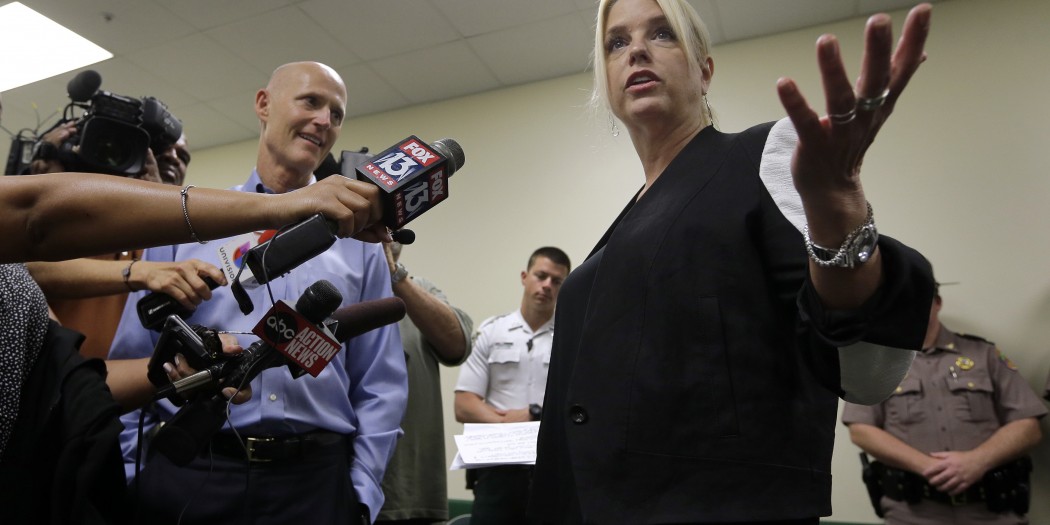 Watch out swindlers — the feds are out to get you.

U.S. attorneys in Florida are beefing up efforts in the wake of hurricanes Harvey and Irma.

All three of the state’s top federal prosecutors have created disaster-fraud task forces, they said during a conference call with reporters Thursday morning.

The efforts are being launched “because the fraudsters aren’t waiting,” said Cory Amundson, acting U.S. Attorney for the Middle District of Louisiana and acting executive director of the National Center for Disaster Fraud.

“They need to know we’re coming for them, and the public needs to be informed and protected,” he said.

But the federal prosecutors expect complaints to spike, as fraudulent activities ramp up in the days — and months — following Irma.

“We find it despicable that people that have already been victimized by these disasters face the daunting prospect of being victimized a second time by fraudsters,” he said.

Prosecutors said they’re imposing a “zero-tolerance” policy when it comes to people who scam victims of Irma, which affected nearly every part of Florida, slammed the Keys, wiped out power to much of the peninsula and resulted in the deaths of eight nursing home residents in Hollywood.

“We’ve all seen and heard the suffering that’s been taking place as a result of Hurricane Irma and it’s so sad that there are predators and fraudsters out there ready to pounce and re-victimize these very same people that are suffering,” said Chris Canova, U.S. attorney for the Northern District of Florida.

Canova pointed out that there’s “a finite amount of money” for hurricane relief efforts.

“So every dollar that’s misdirected to line the pockets of the greedy and the fraudsters is money that is being deprived to the needy victims,” he said.

Bondi’s office is focused on price gouging and other types of fraud, said Stephen Muldrow, acting U.S. Attorney for the Middle District of Florida. People who think they might be victims should call both hotlines, Muldrow said.

“That’s the best advice that we can give,” Muldrow said. Amundson added that the national center would forward complaints to the appropriate agency.