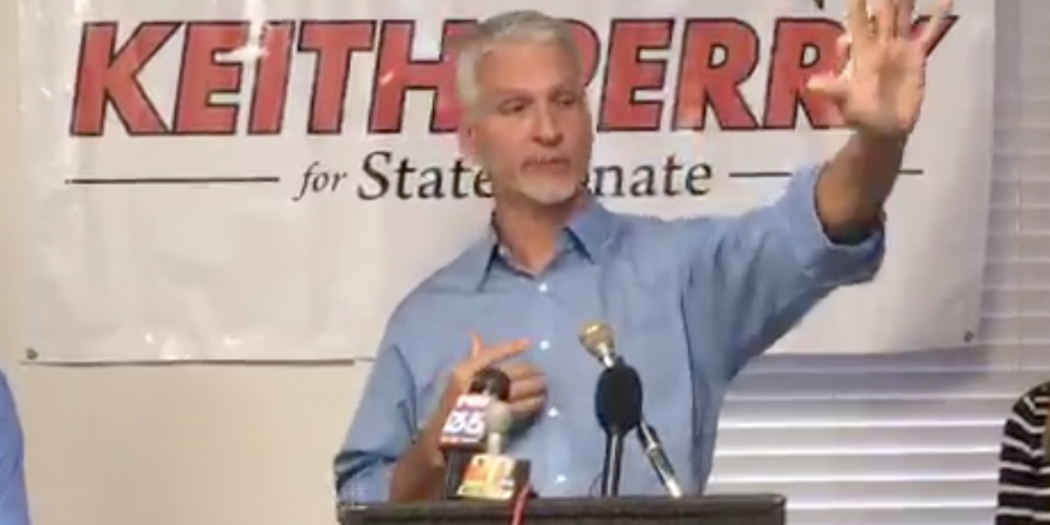 Rep. Keith Perry Will Not Be Charged Over Campaign Sign Incident

By Virginia Annable and Ryan Nelson

Based on a review of the incident between Rep. Keith Perry and a man who removed his campaign sign earlier this month, the allegations do not meet the standard for criminal prosecution, according to a memo issued by the office of the Seventh Judicial Circuit State Attorney R.J. Larizza.

The alleged victim does not want to pursue the case, the memo said.

An attorney filed a “no information” after reviewing the incident with Rep. Keith Perry and a man who removed his campaign sign earlier in September. This decision means Perry will not face a criminal case as officials considered case evidence to be not sufficient for a criminal charge.

Perry’s representative Erin Isaac quoted him as saying: “I never believed the case warranted criminal charges, though I do wish I had done more to diffuse the situation. Having said that, GPD never should’ve ever taken this to the State Attorney. The whole thing, in my opinion, was politically motivated.”

“This is not a good experience for anybody,” Perry said. “It’s been a distraction for the campaign as well.”

Perry said he wants to “move on and start focusing on other issues.” “There are real issues that we need to address,” he said.

A video released Wednesday by the Gainesville Police Department shed more light on the incident.

Perry saw Norman Leppla taking down the sign, then argued with him, saying he had permission to put the sign there, and he wanted it kept up, according to the police report.

Perry and the man can be seen in a confrontation above, and the man points at the camera at the end, showing Perry the incident is being filmed. The man chest-bumps Perry first, and Perry later strikes the man in the throat.

“On 9/15/16, Mr. Norman Robert Leppla responded to the Gainesville Police Department lobby to complete a Complaint Withdrawal Affidavit in the case involving Keith Perry,” spokesman Ben Tobias wrote in an email. “Since GPD has already forwarded a Sworn Complaint to the State Attorney’s Office, we will be forwarding this Complaint Withdrawal to them as well.  It will be up to the State Attorney to determine how the case proceeds at this point, since procedurally the case still remains with them.

.@WUFTNews Keith Perry and Ted Yoho signs at the center of controversy up on the inside of homeowner's fence pic.twitter.com/5XcOYo0K10

Virginia is a reporter for WUFT News.
@@annablevl
Previous Gainesville Residents Waiting For Hurricane Debris To Be Picked Up
Next Investigation Into Alachua County Deputy’s DUI Completed