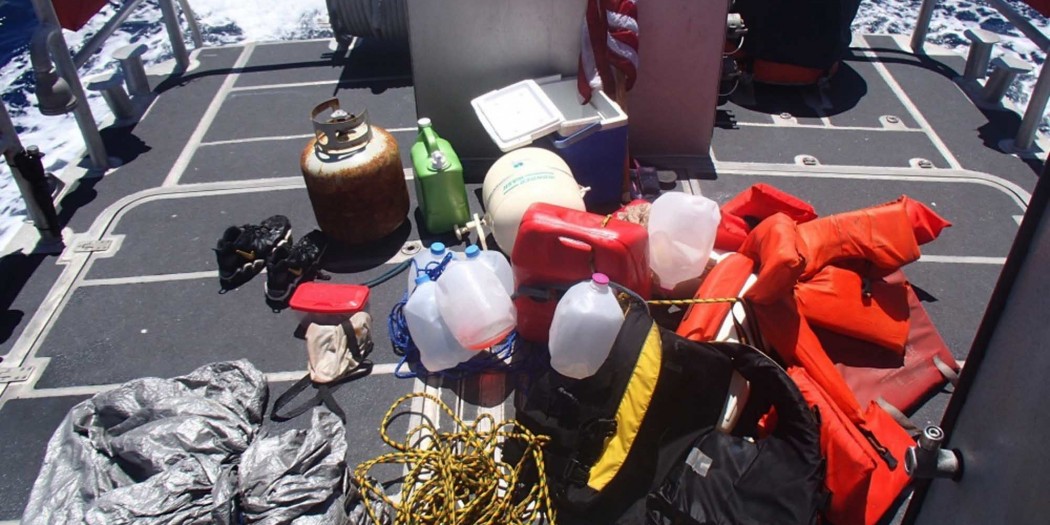 This photo made available by the U.S. Coast Guard shows personal items that were recovered within a debris field off the coast of Sanibel, Fla., Wednesday, June 22, 2016. The personal items are believed to belong to a father and his three teenage children who were reported missing while they were aboard a sailboat in the Gulf of Mexico. (U.S. Coast Guard via AP)

MIAMI (AP) — A second body was recovered Thursday as crews continued searching the Gulf of Mexico for a family missing off southwest Florida, the U.S. Coast Guard reported.

Authorities have not released the identity of either body. Also on Thursday searchers found a sailboat mast.

U.S. Coast Guard crews had spotted what appeared to be a white flare early Thursday morning.

“Again we continue to hold out hope,” Capt. Gregory Case said in a news conference Thursday. “It’s an active search and rescue mission.”

The U.S. Coast Guard says search crews spotted a possible white flare in the Gulf of Mexico while searching overnight for a family missing off the coast of southwest Florida.

A helicopter and boat crews saw what appeared to be a white flare at 2:26 a.m. Thursday as they searched for 45-year-old Ace Kimberly and his three teenage children.

Cage also says searchers found a bucket containing birth certificates and other items belonging to the Kimberly family about 5 miles from the body. The debris field is about 33 miles off Florida’s west coastline.

The family left Sarasota on Sunday, heading to Fort Myers in a 29-foot sailboat. They were last heard from Sunday evening when Kimberly contacted his brother and said they were experiencing “6-foot waves and thunderstorms.” The brother reported them missing on Tuesday and the Coast Guard immediately launched search crews by air and sea.

Search crews found one body on Wednesday afternoon near a debris field that Coast Guard officials said was from the boat that Ace Kimberly apparently lived on with his children — Roger, 13, Donny, 15 and Rebecca, 17. The family had been living on the boat in Sarasota Bay and became missing during a trip to Fort Myers to have the vessel repaired.

The Coast Guard said items recovered included six life jackets, water jugs and a propane tank. Case said the agency contacted a nearby boater who collected the items from the water and held them for a Coast Guard boat to pick up.

The Coast Guard is continuing to search for the other three family members.

Richard Corcoran Spars With Florida Board Of Education Member Over Teachers Unions, Data

The exchange between Corcoran and Board of Education member Michael Olenick came as the state continues to battle the Florida Education Association teachers union in court about a reopening order and as school districts move forward with offering in-person and online classes to students.