Updated 3:20 p.m. BOSTON (AP) — The bombs that ripped through the crowd at the Boston Marathon, killing three people and wounding more than 170, were made out of pressure cookers and packed with metal shards, nails and ball bearings to inflict maximum carnage, a person briefed on the investigation said Tuesday.

Two of the victims have been identified. Krystle Campbell, a 29-year-old restaurant manager from Medform, Mass., was killed in the bombing. Her father says she had gone to the marathon with her best friend to take a picture of the friend’s boyfriend crossing the finish line.

An 8-year-old, Martin Richard of Boston, also died. He was at the finish line watching the race with his family.

Updated 11:59 a.m. WASHINGTON (AP) — President Barack Obama said Tuesday the deadly Boston Marathon bombings were an act of terrorism but investigators do not know if they were carried out by an international or domestic organization, or perhaps by a “malevolent individual.”

In his second public statement in less than 24 hours since the explosions, the president said, “Clearly we are at the beginning of our investigation.” He urged anyone with information relating to the events to contact authorities.

Obama said investigators “don’t have a sense of motivation yet” as they begin to evaluate the attack in which three people were killed, including an 8-year-old boy, and more than 170 were wounded.

Despite the loss of life and limb, Obama declared, “The American people refuse to be terrorized.”

As he had on Monday, he said those responsible for the attacks would be brought to justice.

The president had avoided labeling the incident a terrorist attack when he stood at the same White House lectern shortly after the explosions, but lawmakers quickly said that’s what it was. White House officials had said the FBI was investigating the attack as a terror incident.

Appearing before reporters on Tuesday, Obama said the events in Boston were a “heinous cowardly act, and given what we now know about what took place, the FBI is investigating it as an act of terrorism. Any time bombs are used to attack innocent civilians it is” a terrorist act, he said. Still, he cautioned that it was not known who or what organizations might have carried it out.

The president praised those who had come to the aid of the injured.

“If you want to know who we are, what America is, how we respond to evil, that’s it: selflessly, compassionately, unafraid,” he said.

Obama stepped to the microphone after receiving a briefing at the White House from Attorney General Eric Holder, Homeland Security Secretary Janet Napolitano and other top aides.

The bombs exploded on Monday afternoon near the finish line of the famed Boston Marathon, an annual 26 mile race through the neighborhoods of the city.

It will be the second time Obama has spoken to the public since Monday afternoon’s bombings at the finish line of the famous race.

Earlier Tuesday, Obama ordered flags at the White House and all government buildings to be flown at half-staff in honor of the Boston Marathon explosion victims.

Obama signed a proclamation making the order Tuesday morning, calling it a “mark of respect for the victims of the senseless acts of violence” perpetrated in Boston the previous day. He ordered flags to remain lowered through sunset Saturday.

Three people were killed, including an 8-year-old boy, and more than 170 were wounded in Monday’s bombing at the famous marathon’s finish line.

Christina is a reporter for WUFT News and can be contacted by calling 352-392-6397 or emailing news@wuft.org.
Previous Venezuelan Santa Fe student reacts to elections, reflects on country’s future
Next Gainesville resident considers Boston second home, reacts to marathon explosions 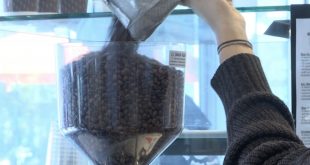 The Lede || Season IV Episode I: Heating Up The Controversy

The 1st All-Civilian Crew Has Launched To Orbit The Earth

Marking the latest step in the commercialization of space, the SpaceX mission has launched four civilians, including a billionaire CEO, a physician assistant and a geoscientist.