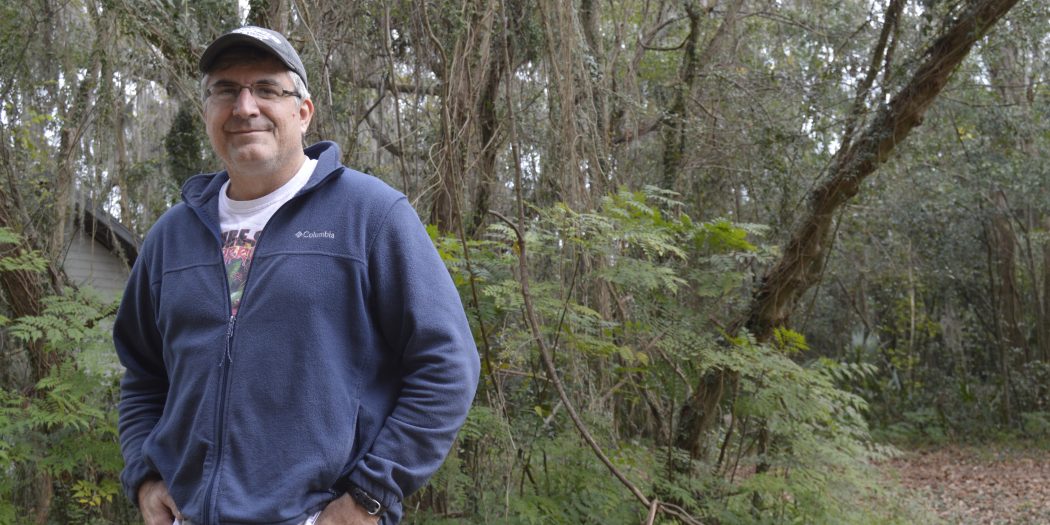 This year, Earth Day celebrations in Alachua County will turn over a new leaf.

For the holiday’s 50th anniversary, residents will take to their smartphones to help their local community find, photograph and identify as much nature as possible.

In October 2019, Alachua County was entered into the City Nature Challenge, a global competition to record wildlife found in urban environments. Preparations for this annual event have recently swung into high-gear.

The challenge originally began in 2016 as a citizen-science awareness competition between Los Angeles and San Francisco. In four years, the event has grown into a nature documentation effort spanning six continents and over 150 cities.

2020 will mark Alachua County’s first appearance in the City Nature Challenge. The county is currently one of two areas representing the entire state of Florida, challenge co-organizer and Santa Fe Zoo conservation education specialist, Jade Salamone said. Miami is the other area and is representing South Florida.

“We wanted to involve Alachua County as a whole because the nature in our area is so beautiful,” she said. “We don’t have to go far to find the incredible plants and animals we share our county with.”

To record a nature observation, participants need to download the iNaturalist app for their phone and take a picture of the sighting, Salamone said. After the picture is uploaded, the wildlife in it can be evaluated by scientists and naturalists in real time to return information about their findings.

Two phases make up the challenge: a picture collection from April 24 to 27 and identification from April 28 to May 3, challenge co-organizer and University of Florida professor of wildlife ecology and conservation Mark Hostetler said. He hopes the challenge’s estimated 500 to 1000 participants in Alachua County will use the iNaturalist system during both phases to answer questions about nature in their community.

“If you’ve ever wondered about a specific plant or animal you see around your house, you can send it in and have it identified,” he said

According to Hostetler, the app can determine species origin, species name, distribution and more. The system updates from observations received by citizen naturalists around the globe.

Community involvement in the City Nature Challenge could make Alachua County residents more familiar with invasive species that harm the community, Hostetler said. Residents and homeowners could learn which species of plants or animals do not naturally live in Florida during the identification phase of the challenge.

Since Alachua County was entered, the challenge has attracted interest from Gainesville’s City Commission.

“Anything that raises awareness about our environment and the nature in our community is a great initiative,” Gainesville City Commissioner Adrian Hayes-Santos said.

Although there are currently no plans to directly partner the challenge with cities outside of Gainesville, Alachua County natural resource program manager Stephen Hofstetter believes the challenge could branch out to smaller cities in the future.

“The county manages some natural areas in the city of Gainesville, so it made sense to combine the two together when we were entered,” Hofstetter said. “But the community response has been very positive, and we plan to expand and start an annual tradition.”

Hofstetter said the county is currently partnering with Gainesville to train nature park staff members on how to use the iNaturalist app. An app training session will take place in Sweetwater Wetlands Park on March 19.

“I’m someone who looks forward to Earth Day every year,” Hofstetter said. “I’m excited this challenge is taking place as part of our county-wide celebrations.”

For student naturalist Alexandra ‘Sasha’ Feldman, the City Nature Challenge is an opportunity to share her love of nature with the local community.

“I want to help spread the joy that I feel from seeing and supporting the amazing nature around us,” Feldman said. “I think that this challenge could help promote that.”

Feldman believes the county challenge could help convince residents about nature’s importance even from a young age. If the challenge becomes established in Alachua County, the event may act as a form of educational outreach in schools to encourage the next generation to have a passion for the environment.

Despite the challenge’s April start date, Alachua County residents are likely to hear more about the event from county and city officials in the coming months, Feldman said. Large-scale advertising will begin in March.

According to Hostetler, just bragging rights for now.

“But you’d be amazed what you can find in your own backyard if you start taking pictures,” he said.

Kyle is a reporter for WUFT News who can be reached by calling 352-392-6397 or emailing news@wuft.org.
Previous Feb. 13, 2020: Afternoon News In 90
Next County Ups The Ante In Search For Art To Replace Controversial Confederate Statue