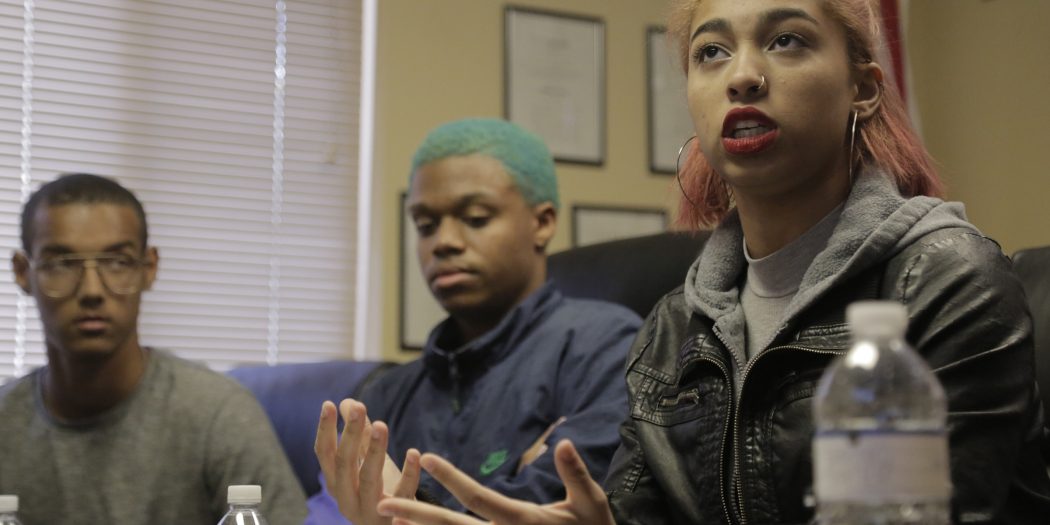 Students from Westwood Middle, Buchholz High, Gainesville High and Eastside High spoke to Congressman Ted Yoho over Skype on Wednesday after a protest outside his office calling for gun reform and action against gun violence.

Yoho listened to the five students voice their fears about safety at schools one by one.

“Schools are supposed to be places where we go and get an education,” Gainesville High student Bryan Jackson said. “We have to worry because people can just get guns and walk into a school and shoot whoever they want.”

He added that he feels students aren’t being heard.

“This is our lives that are being affected and changing,” Jackson said. “Our opinions aren’t taken into consideration though.”

Jackson felt the only reason a person would own an assault rifle is for destruction.

Yoho also expressed his disagreement with raising the minimum age for purchasing rifles to 21 years old. “…if we say you can’t have an AR, what if they do that to the first amendment?” he added.

Students from Buchholz High School — with permission from their parents — joined Trilogy School, which bussed students, faculty, and protesters in to participate in a march alongside Women’s March and Indivisible Gainesville at the Gainesville District Office of the U.S. Representative Ted Yoho Wednesday, March 14, 2018, at 11:30 am.

The protesters waved signs that read “More gun control is needed” and “NRA = terrorism,” while some chanted “Yoho, Yoho a pirate’s life for me.”

Dhyana Odriscoll’s daughter, Aleta Odriscoll, was enrolled at Buchholz, but after the shooting at Parkland’s Marjory Stoneman Douglas High School, the mother decided to homeschool her.

Dhyana’s daughter, Aleta, said she felt that after the Parkland shooting, other people thought it was OK to commit other shootings. “It’s just not okay,” the ninth-grader said.

In a prepared speech, 13-year-old Resli Ward spoke to a group in front of the district office about her stance on gun control.

“Since the Parkland school shooting and even before that,” Ward said, “I have been worried about my school.”

The Westwood Middle School student said her and her friends sometimes talk about what would happen if a shooting occurred at their school.

The seventh-grader noted that her inability to run fast wouldn’t matter in the end, because she would never be able to run faster than a bullet.

Yoho asked what the students would like him to do as their legislator.