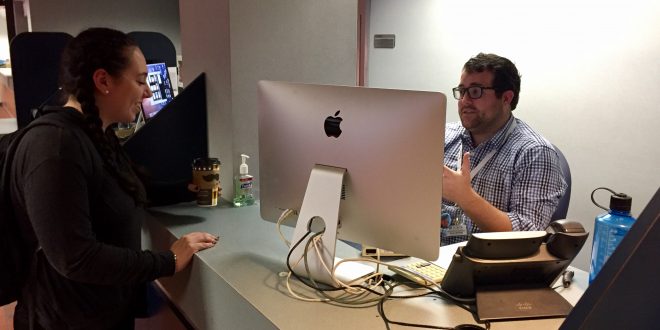 The Florida Senate is one step closer to enacting legislation that will have Bright Futures scholarships covering full tuition for top-performing students.

Covering other issues like financial aid and graduation rates, Senate Bill 2, written by Sen. Bill Galveno, R-Bradenton, passed its first committee hearing Monday with unanimous approval — the first step of many before Gov. Rick Scott can sign it into law and thus provide the full ride.

“Any time a student can get the funding to cover all of their tuition, it’s a good thing,” said Rick Wilder, director of the University of Florida’s student financial affairs.

Funded by the state lottery, Bright Futures launched in 1997. It did offer full tuition coverage from its start through the 2008-09 school year, Wilder said.

But it stopped for the 2009-10 school year, when funds dispersed to students fell statewide for the first time since its creation, to $423 million from $429 million, according to the Florida Department of Education’s Office of Student Financial Assistance.

Full tuition coverage under SB 2, called the Excellence in Higher Education Act, would include summer terms and a $300 stipend for textbooks and other college-related expenses.

To be considered, high school students must receive a 29 on their ACT or 1290 on their SAT, have at least a 3.5 GPA, and complete at least 100 community service hours.

Tammy Toskes, a Gainesville resident with two children who grew up in Alachua County public schools, said her kids worked hard throughout their high school years to qualify for the scholarship.

Her older son, a junior at UF, qualified to be a Florida Academic Scholar when he graduated from Buchholz High School in 2014. The award covers $103 per credit hour of tuition, while Toskes pays for the rest.

“It’s helped me out a lot,” said Toskes, a physician’s assistant at Accent Physician Specialists in Gainesville. “I’m a single parent, so it’s helped me pay for college for him so far.”

Her daughter, a junior at Buchholz, would be eligible for the full tuition coverage should SB 2 pass.

“If they could be rewarded with a little bit more money, that would make it easier for us all around,” she said. “If it could cover more of my daughter’s college, that would be wonderful.”

Introduced on Jan. 11 by Galveno, who wasn’t available for comment Wednesday, SB 2 is supported by many. But Bright Futures overall has sometimes faced questions about whether it’s biased toward more privileged students.

Dennis LeFils, an educational consultant at the Florida Department of Education’s Office of Equal Educational Opportunity, said the scholarship has previously worked better for higher-performing students.

“I think there have been, in the past, some questions about how that works as opposed to need-based scholarships,” he said.

LeFils said he assumes that the legislators would take this bias into account when creating and amending bills, but whether they did with SB 2, he doesn’t know.

“They have not called our office for any guidance or recommendation in that regard,” he said.

Wilder said he has worked with Bright Futures since it was created and has seen it do a lot of good.

Over the years, the criteria and disbursement has changed, which has affected the number of students who qualify and keep the scholarship during college, Wilder said.

As far as whether the award is biased to help more privileged students, Wilder said he couldn’t say.

“We just handle the delivery in providing the funds to students,” he said. “I will say that 85 percent of our freshmen come in with a Bright Futures scholarship. That’s a huge number. That might answer the question for you.”

Correction: An earlier version of this story misspelled Tammy Toskes’ name as Taskes.