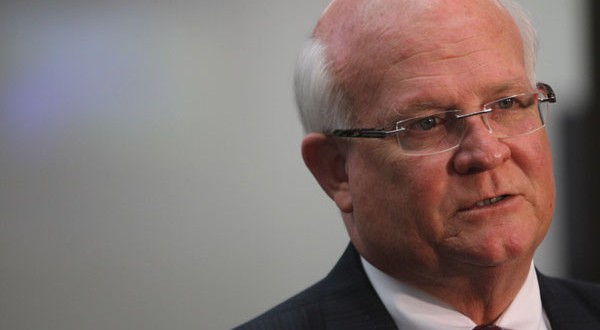 After a long wait and delayed results, Rep. Dennis Baxley has been elected to the state Senate’s District 12 seat.

Family, campaign members and supporters gathered in Belleview Tuesday evening to await results and celebrate a win after a long wait due to delays from Lake County.

After Marion County was counted — finding 49 percent of the votes in favor of Baxley — the party was confident.

Sumter County reported 19.6 percent for Baxley, but Baxley said this was to be expected, his opponent, Marlene O’Toole, was set to get most votes there.

“Sumter County, which would be very heavy for my opponent, because she’s been representing The Villages and living there,” Baxley said.

As results slowed, the Baxley campaign awaited results from the third and largest reporting county for district 12: Lake County.

“We expect, if they get past their computer problems in Lake, which is 40 percent of the district, that’s the break point where we eclipse and close the night,” Baxley said.

And that’s what happened.

The party dwindled after a website glitch was reported from Lake County Supervisor of Election. After hours of waiting, the narrow race between O’Toole and Baxley in Lake County came to a close shortly after 11 p.m., and the room’s energy soared.

Baxley’s family filled the office in support. Children, siblings, and distant relatives, who all helped the campaign, gathered to see the end of a long campaign.

“One of the greatest challenges of a campaign, and this is somewhat observing as much as participating is the involvement of time and trying to use every corner of time wisely,” said Micah Baxley, the senator-elect’s son, who helped with campaigning along the way.

The campaign finance reports as of August 25 showed Rep. Baxley spending $511,000 on the campaign, about 200,00 more than opponent David Gee.

“It’s a challenge to learn new people,” Micah Baxley said when comparing the house and senate races. “He was going further and longer distances.”

Rep. Baxley served in Florida’s House of Representatives for District 23 for 6 years.

“I’m very excited, it’s been a tremendous journey, I’ve met so many wonderful people and then to actually pull off a win when we have some stiff competition with representative O’Toole. So I’m very excited, I feel like we made history tonight and put Marion County in a position to lead,” Baxley said after the results were made official.

His goals include a ‘Blue Lives Matter’ bill and supporting the environment.

Even after a long night, he kept his spirits up: “I’m used to waiting ‘cause I’m the old guy and it used to take a lot longer to count!”

Virginia is a reporter for WUFT News.
@@annablevl
Previous Robert Hutchinson Earns More Than 60 Percent of Vote In County Commission’s Democratic Primary
Next Governor Declares State Of Emergency Ahead Of Tropical Depression 9