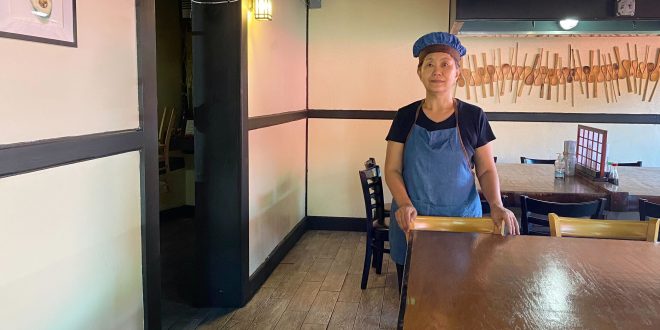 May 2, 2022 Business and development, Florida Good

The number of minority-owned businesses is growing across north central Florida.

Ocala ranked No. 9 among midsize cities in the study, with Tampa and Orlando coming in sixth and seventh, respectively, among large metropolitan areas. The study calculated the ratio of the minority businesses to the minority population in each city or area to rank them.

The study is good news for the Greater Gainesville Chamber, which has worked to help minority, women, and veteran owned businesses through an Inclusive Gainesville program, said Staci Bertrand, the chamber’s vice president of economic development.

“We want to make sure that our minority businesses are accessing the same resources” as white ones, and “that we’re lowering the barriers to success for them,” Bertrand said.

Having Santa Fe College and the University of Florida nearby certainly helps, and so does a supportive city government, she said.

“There are lots of opportunities for growth, and I think that is exactly why our region is prime and easily accessible for minority owned businesses to be successful,” Bertrand said.

Michele Holloway, owner of Eden Michele Salon in Gainesville, said resources from the chamber and city have been a big help for her business. Holloway also attributed her salon’s success to the networking opportunities in the city. Collaborations with other businesses help to strengthen her business, her connections and her community outreach, she said.

“It’s helpful just because you can bounce ideas off of each other, challenges off each other that you can help each other through,” Holloway said. “So you’re not alone.”

Born and raised in Gainesville, Holloway said community is important for her business. She employs people of all different ethnicities and owns another coaching business that serves leaders and entrepreneurs, allowing her to give back to the community that gave so much to her.

The fact that Gainesville has so many minority-owned businesses isn’t an accident, Mayor Lauren Poe said. The city has put in effort to help businesses, particularly through the Office of Equity and Inclusion’s small business resources, Poe said.

“We’re just not a cookie-cutter sort of community,” he said. “The more diversity and the more cultural connections that we’re able to make, the more vibrant our city becomes.”

Of course, it’s not always easy, as Kay Yun knows firsthand. Before opening her Korean restaurant Momoyaki in 2008, Yun had tried to open a coffee shop called Kay’s Coffee, but it wasn’t profitable. University students used it like a library, she said.

After struggling to meet rent at that previous location off Archer Road, she moved Momoyaki to Southwest 13th Street. Her sales increased even during the pandemic.

Yun otherwise credited her business success to her hard work, but also Korean pop trending as well as that her menu features homemade recipes from her mother.

And yet, Yun said, Gainesville’s demographics causes a unique challenge for her restaurant. Because of the heavy student population, she often doesn’t see families in her restaurants on holidays that would otherwise be most profitable.

In addition, Yun said, before her restaurant was closer to campus, she wouldn’t see much business on days when the UF Gators football team have home games.

“It depends on what’s going on UF’s campus,” she said. “Location is very important for a business, but especially Gainesville, location is top priority.”

Meghan is a reporter for WUFT News who can be reached by calling 352-392-6397 or emailing news@wuft.org.
Previous Two Gainesville fifth graders qualify for the Robotics World Championship
Next UF electrical engineering organization survives battery failure, wins first place for ethics and community service