In the wake of Tropical Storm Elsa, northwest Gainesville neighborhoods faced flash flooding and sodden homes, an outcome that’s become all too familiar following severe rainstorms in the area.

At Hills of Santa Fe, a northwest Gainesville neighborhood located off of Northwest 98th Street, at least four homes sustained significant water damage. As of Thursday afternoon, three houses were half-submerged under water, and the neighborhood’s entrance was completely flooded.

“No one’s really going to get in or out of here,” said David Moore, who’s lived in the neighborhood since August. “What if an EMS team needs to get in here? Or what if someone’s pregnant and going into labor and needs to get out?”

The neighborhood has no other point of access for cars, so Moore, wearing water shoes, waded across the murky, waist-deep water to retrieve groceries for his family. His brother-in-law brought their food to the neighborhood’s entrance.

Moore said this was the first time he’s seen such flooding, but residents who’ve lived in the neighborhood during past hurricane seasons said it was a familiar sight.

“We lived here in 2004 when those four hurricanes came through, and it basically looked just like this at that time,” said Gail Hansen, a resident of nearly 30 years. 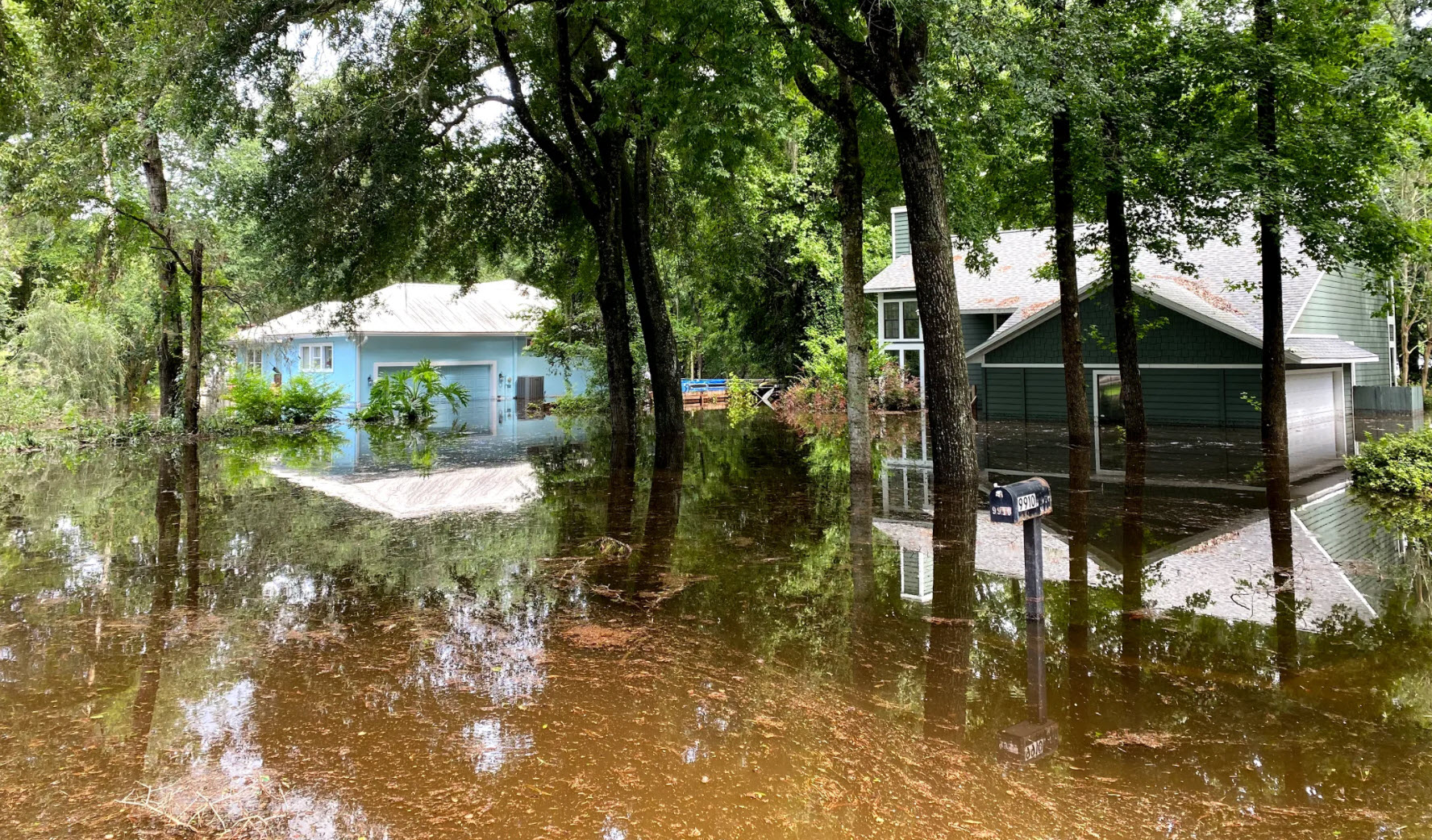 “We actually did not expect, though, for it to be as bad this time,” she said.

Hansen and her husband didn’t move their car before Elsa struck, so they’re now restricted to entering and leaving through footpaths behind neighbors’ homes and across Meadowbrook Golf Club — the golf course north of the neighborhood, which is also almost completely flooded.

Residents have previously expressed frustrations with the county over the constant flooding in the area. Hansen said the county intended to buy the houses at the neighborhood’s entrance and create a retention pond, but she said it never ended up happening.

Other neighborhoods included in the plan were Robin Lane, which Gavarrete said was cleared Friday, and Hayes Glen, which he said is still under about 10 inches of water.

A special assessment district requires the beneficiaries — in this case, the residents of the areas — to incur the cost of its development through an additional tax, Gavarrete said.

But he said the residents of the flood-prone areas rejected the proposed special assessment district because of the cost. According to the plan, residents would’ve had to pay several hundred dollars per.

“They came to the board and told the board that they were not willing to pay, so then the board said, ‘OK, we’re not fixing anything,’” he said.

Gavarrete said he hopes Hills of Santa Fe and Northwest 98th Street will be opened either Saturday or Sunday.

“The amount of water we got with this storm rivals that of the amount of water that we got with Irma,” he said. “On top of that, the soils have been saturated already because of all the rain that we’ve received. So, there’s only one way the water is going to go, and that is across the land.”

Gavarrete said Elsa’s cleanup has been much quicker than Irma’s, partially because the county had purchased several more pumps, which are used to pump water out of flooded areas.

“We’re getting better,” he said. “But for the property owners that are affected, better is not good enough, and I understand that.”

At Hills of Santa Fe, some residents took matters into their own hands. Bob Wesley spent Thursday afternoon creating a passageway for cars, that way residents could drive in and out of the neighborhood.

Jenny Minnich, a resident of two years, opened up the wooden fence behind her house Thursday afternoon so Wesley could create the impromptu passageway.

Minnich’s 10-year-old son, Brody, helped shovel rocks onto the dirt path to create better traction for cars entering and leaving the neighborhood through his family’s yard.

“I just do it because I like helping,” he said.

Thomas is a reporter for WUFT News who can be reached by calling 352-392-6397 or emailing news@wuft.org.
Previous Gainesville Fine Arts Association Opens Diverse Workshops
Next The Point, July 12, 2021: Familiar Frustration Hits Neighborhoods Flooded By Irma and Elsa 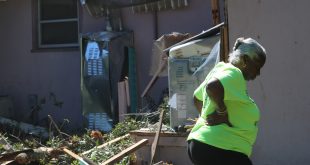 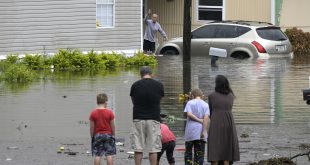 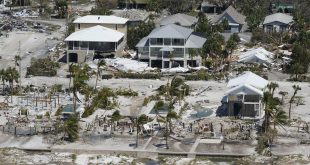 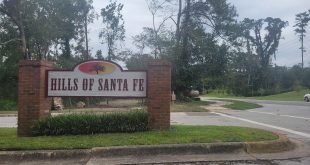 When Hurricane Ian was originally projected to make landfall around the Tampa Bay area and rampage up the center of Florida near Gainesville, the residents of Hills of Santa Fe held their breath. In a community with a long history of severe flooding, homeowners prepared for the worst. Then the storm changed course, heading northeast near Orlando and out into the Atlantic Ocean. Making landfall as a Category 4 storm near Fort Myers and Cape Coral before heading northeast, Hurricane Ian largely spared Gainesville of extreme damage.