Although the presidential election is approaching, so are local elections for state house representatives. This November, members of District 19’s Putnam, Union, Bradford, and south Clay counties will find Republican Bobby Payne and Democrat Joe Snodgrass on the ballot. 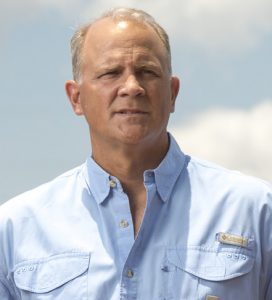 Bobby Payne, 58, longtime resident of Palatka, graduated from the St. Johns River Community College and Jacksonville University, earning an MBA at Nova Southeastern University. He went on to work for Seminole Electric Cooperative for 34 years.

Payne has served the community for almost all of his adult life, he said, and was a former board member of Putnam County United Way. He and his wife, Margie, are members of the First Baptist Church of Palatka.

“My father was a D-Day campaign lander,” Payne said. “He spent years in the military, and those traditional values have meant a lot to me all my life. They raised us with a strong work ethic, a strong belief in helping others, and those are some of the things that I bring to the table as a candidate.” 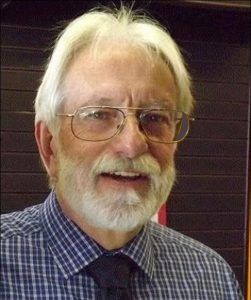 Joe Snodgrass, 66, has lived in Crescent City, Florida, for 10 years after his retirement. For 42 years, he worked with the International Brotherhood of Electric Workers. He graduated from University of Louisville and moved around from Kentucky and Michigan, his home state.

On Aug. 1, Snodgrass was diagnosed with cancer in his right kidney. Three weeks ago, he went into surgery to remove the affected kidney. Because of this, Snodgrass had to suspend his campaigning efforts to focus on his health, but he says he has not wavered in his resolve. He plans to come back to campaign in the next two weeks.

“I am not the status quo,” Snodgrass said. “I’m a working class person. I was born and raised on a dairy farm. I come from people just like you and I. We’re the same. I’ve never been in the upper one percent; I’ve worked for everything I have all my life.”

Both candidates agree on at least one thing: their area needs economic growth.

Payne said one of the reasons he decided to join the race was because of the economic state of Putnam County.

“We don’t like to say that about ourselves, that we’re the most impoverished,” Payne said. “We know that we need to provide jobs desperately in our community. I believe Bradford and Union would share some of that same sentiment.”

To combat this problem, Payne said he wants to improve infrastructure, make sure the state representatives are working to get funding, and make sure members of the community are looking for commercial and industrial types of jobs.

“We also have to work hard on improving our educational system because having a skilled workforce is part of how you recruit businesses to come to your area,” Payne said.

Snodgrass said a lack of job growth is the main reason for the growing poverty level in Putnam, Union, and Bradford counties.

“The poverty level is continuing to grow without the jobs,” Snodgrass said. “What’s happening in these counties is that the population level is decreasing. Putnam county, my county right now, in the census in 2010, the population was 74,500 and we’re down below 71,000 now. We’ve lost about 3.1 percent, and it’s due to the fact we have no jobs — we have no job growth.”

And most of those who are qualified to get a job, Snodgrass added, leave the county in search of better wages. To fix it, he’d like to make vocational training more available for residents.

Amendment 2 will appear on this year’s ballot; it’s an expansion of medical marijuana in the state.

Snodgrass said he’s a firm believer that if it can help, it should be an option.

“As you know what I’m going through, I just went through cancer myself, and I think if I could go and get medical marijuana to help with my symptoms right now, I believe I will definitely be going to the doctor trying to get it,” he said.

Payne, a conservative, is more open to the idea than he had been in the past.

“Traditionally, I am against marijuana as far as that amendment goes, but I am open to hearing more on what it can do for families and for children and for elderly adults who are in end-of-life situations if there’s no other method of relieving their burden or pain,” Payne said.

Payne said the Rodman Reservoir is one of his priorities.

“I am in favor of saving the Rodman Reservoir,” he said. “I think there’s a huge disparity in the people’s belief with regard to the Rodman, but we know that the Rodman in our area is a boom to our economy.”

The Rodman Reservoir, or Lake Ocklawaha, is a man-made reservoir that covers about 9,500 acres, according to the Florida Fish and Wildlife Conservation Commission website.

Payne is also concerned about the septic tanks affecting the district’s quality of water. Since water conservation is probably the most important environmental issue he wants to focus on, the continuing removal of septic tanks by the waterways is a priority.

Snodgrass believes fighting the phosphate mining propositions in Union and Bradford county are important in order to preserve the lands of the district and Florida’s ecotourism appeal.

Snodgrass is also concerned about proposed plans to improve Interstate 75, such as building on the Florida wetlands, an area he says won’t be able to be restored once it’s used up.

“The Florida wetlands… they’re not gonna support construction or a pipeline going through or be able to replace things and put things back the way mother nature built them,” Snodgrass said.

Oriana is a WUFT reporter who can be contacted by email at oribravo1@ufl.edu or Twitter at @oridbravo
@Oridbravo
Previous Florida Votes 2016: State House District 21
Next Oct. 5, 2016: Morning News in 90

The House of Representatives is on track to impeach President Trump for the second time in 13 months — marking him as the only president to receive the rebuke twice in history.