Sumter County Supervisor of Elections Karen Krauss can’t remember the last time she got a raise as high as the $4,389 she received this year.

Her 4.6 percent salary increase was the highest for a supervisor of elections among 15 North Central Florida counties. Krauss is one of the state’s elected county officials to receive a salary increase between the 2012-2013 and 2013-2014 fiscal years — the first significant bump since 2007.

“We have years where we didn’t get a raise or got a raise of $80, and years when we took a cut in pay,” Krauss said. “I’m happy we didn’t go backwards for once.”

Among all elected officials from property appraiser to sheriff, Sumter County has the highest overall pay increase percentages, while Bradford County has the lowest.

“To be totally honest, I really don’t even look at my salary. It’s not something I dwell on,” said Terry Vaughan, Bradford County supervisor of elections. “The fact that it’s set by a statewide formula, I know it’s fair and out of my hands.”

Vaughan’s salary had the lowest percentage increase compared to others in his position at 3.14 percent, equaling a $2,498 raise.

“I know it’s been virtually nothing for several years and understandably,” Vaughan said.

The Florida Legislature’s Office of Economic and Demographic Research (EDR) calculates the salary increases using a formula set by Florida statute. The formula takes into account base salary, county population and the average percent increase in the salaries of state employees for the current fiscal year.

All Florida counties are required to use this formula except charter counties, which could technically have their own. Alachua, Clay and Columbia are charter counties and all abide by the EDR’s salary formula.

“I think people who worked on the original charter thought that the state charter was fair and reasonable,” said Dale Williams, Columbia County manager. “It’s not one of those hot button issues here.”

For non-charter counties, the only way to change the salary formula set by the state is to get it passed by the Florida Legislature and approved by the governor, according to EDR senior legislative analyst Steven O’Cain.

O’Cain said elected county constitutional officers have the option to reduce their salary on a voluntary basis.

“Both population and raises have an effect,” O’Cain said. “In those years when there was no raise, there still may have been salary increases, but they were much smaller.”

The Bureau of Labor Statistics reported a one percent increase nationwide in state and local government workers for a 12-month period ending in June 2013.

More current statistics covering the 12-month period ending in September 2013 were unavailable due to the government shutdown. 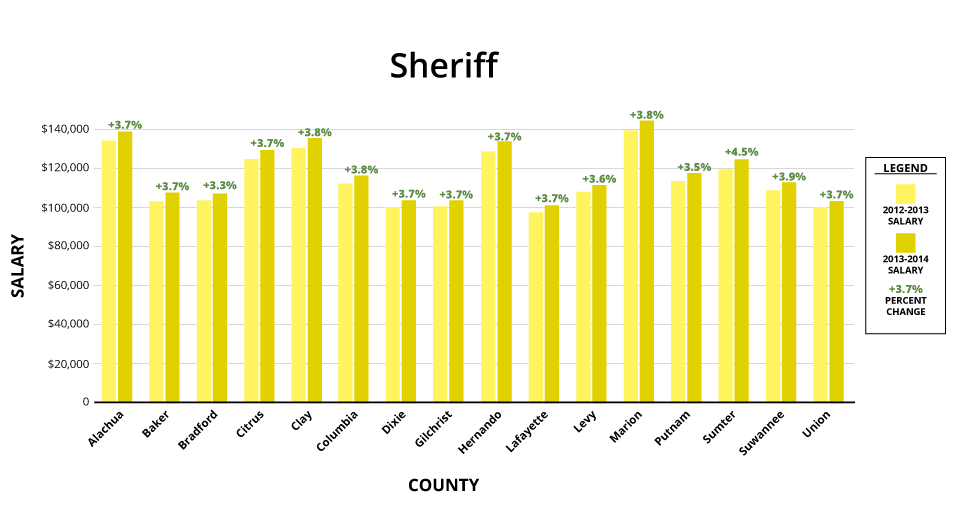 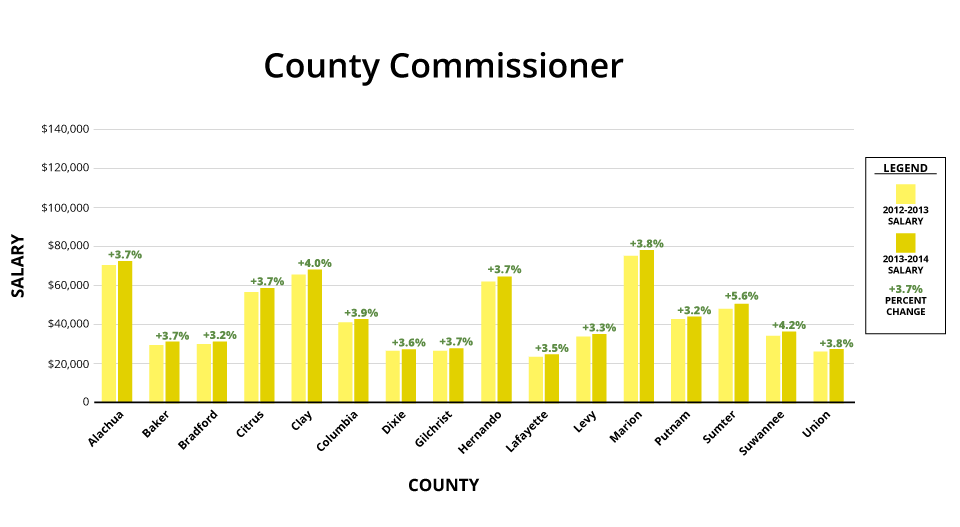 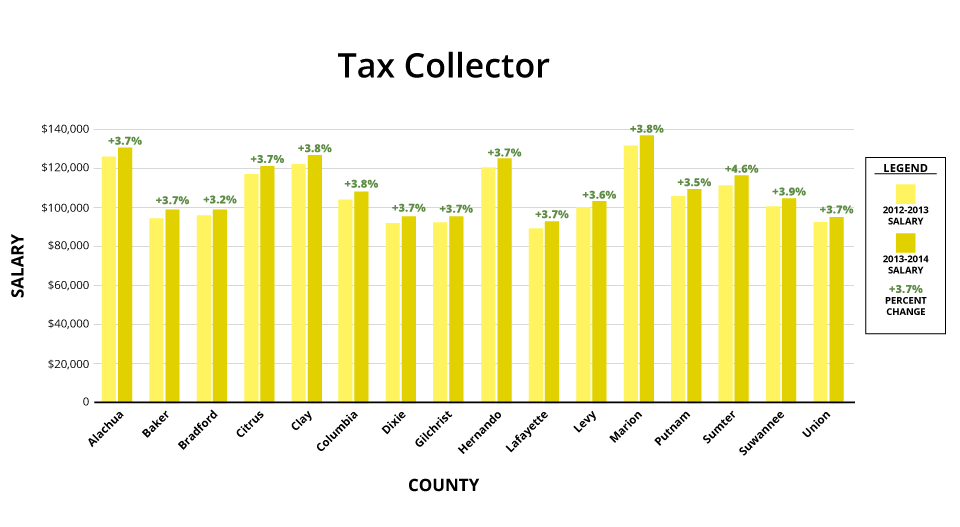 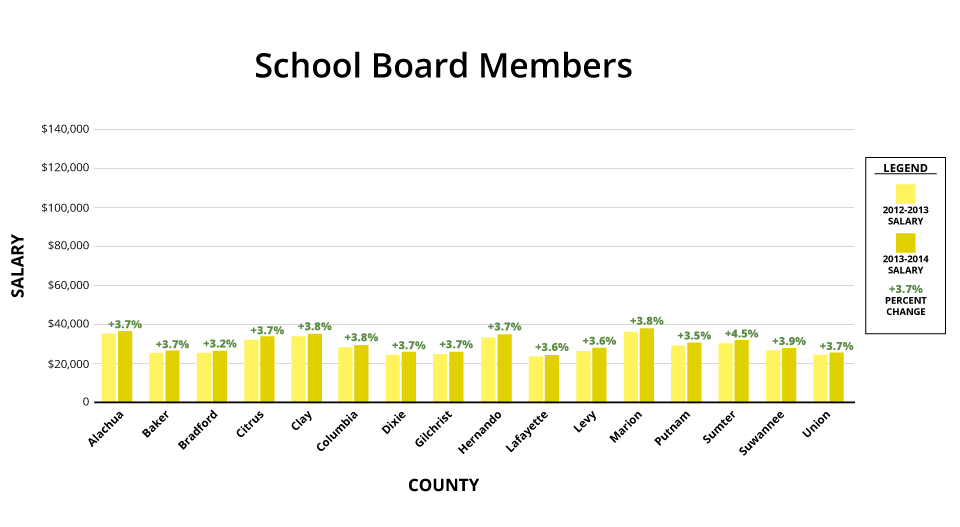 Erica is a reporter who can be contacted by calling 352-392-6397 or emailing news@wuft.org.
Previous Butler Plaza Best Buy’s Solar Panels Caught Fire
Next Stephen Foster Resident Speaks Out Against the Remediation Plan