A chef at the Tijuana Flats in Midtown just north of the University of Florida campus was arrested Friday afternoon on charges of possessing and distributing child pornography.

Devon Gregory Jackson, 32, was arrested by Gainesville police officers following an investigation that began with a tip over half a year ago.

The National Center for Missing and Exploited Children, a Virginia-based nonprofit, received two tips, one in April and another in July, from Snapchat. Each tip separately stated that an account had sent a video of child sexual abuse material to other users. Both tips included the respective account’s IP address, which were identical to each other, according to Jackson’s arrest report.

The National Center for Missing and Exploited Children eventually referred the tips to the Gainesville Police Department’s Internet Crimes Against Children Division. Snapchat released more information about the accounts after being served a warrant, including the usernames for both accounts, the child sexual abuse material sent by both accounts, texts sent by the first account with other users about the exchange of the material and a selfie sent by the user of the first account.

Police obtained a subpoena and traced the IP address to an apartment where Jackson was found to have been residing when the second account was made. He had since moved to a different apartment in the complex. Police identified Jackson as the individual in the selfie from the first account after comparing the photo to him.

Police served a search warrant at Jackson’s apartment on Oct. 18, where Jackson identified himself as the subject of the selfie and that he was a previous resident of the apartment to which the accounts’ IP address belonged.

Jackson gave conflicting responses to questions asked by police, according to his arrest report, including about how recently he had used Snapchat and whether or not he believed the subjects in the exchanged videos were underage upon being shown screenshots of them. He told police that if he had possessed such material it was because he believed the subjects to be 18.

Police searched Jackson’s cellphone on-site and discovered the username for one of the accounts. Jackson subsequently stated the usernames of both accounts belonged to him before stating at the end of the interview that he wasn’t sure of that same fact.

His cellphone was seized by police during the search and was later found to contain two child sexual abuse images.

Police are reccommending Jackson be charged with two counts of possession of child pornography for the two images on his cellphone and six counts of distribution of child exploitation material for the videos sent over Snapchat.

He is being held at the Alachua County Jail. No bond has currently been set, according to Florida Eighth Circuit Court records.

Gainesville’s Internet Crimes Against Children Division has made 14 arrests this year. The division’s other most recent arrest was on Nov. 8.

Silas is a reporter for WUFT News who can be reached by calling 352-392-6397 or emailing news@wuft.org.
Previous Weather, record number of travelers, could slow Thanksgiving commute
Next The Point, Nov. 23, 2022: SBAC swears in first all-female board 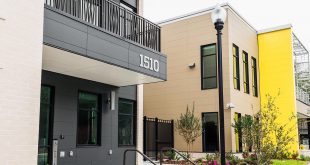