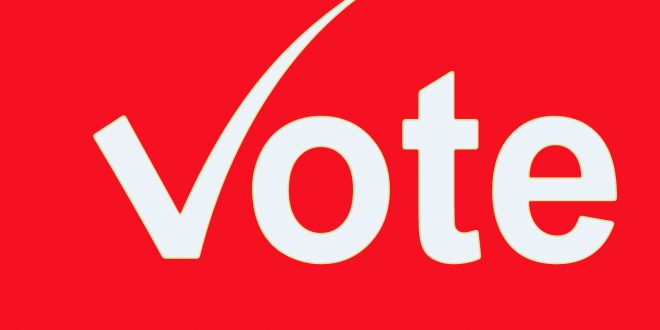 Under state law, counties can offer up to two weeks of early voting and many do. Large counties offer multiple sites and all counties allow those who have received mail-in ballots to drop them off. The latest a county can start early voting is Saturday. The final day is Nov. 1. (CC Public Domain)

FORT LAUDERDALE, Fla. (AP) — Floridians began early voting in much of the state Monday with no serious problems reported as the Trump campaign tries to cut into an early advantage Democrats have posted in mail-in votes in the key swing state.

Many polling sites had long lines before dawn as voters awaited their opening. One county had to close an early voting sites after the elections supervisor and an employee tested positive for the coronavirus and another county had its website go down.

In Miami, Aldo Rodriguez, 62, lined up early and waited in heavy rain to cast his ballot for Democrat Joe Biden over President Donald Trump. He said he wanted to make sure his ballot for the former vice president gets counted.

Biden “knows pretty much how the country was running and hopefully he’ll get it back the same way it was,” Rodriguez said. “No fighting against any colors or races, we are all the same. …We shouldn’t have this bickering.”

In Orlando, some voters cast their ballots at the arena used by the NBA’s Magic, where coach Steve Clifford assisted poll workers. The NHL’s Tampa Bay Lightning’s arena and the NFL’s Tampa Buccaneers stadium are also being used as early voting sites as sports teams around the country have been encouraging turn out.

“I felt like I was a player. I just had to make the right decisions,” said Anton Versch, 30, after he cast his ballot for Trump. Versch, who works in the pharmaceutical industry, said his main issue is “freedom,” particularly of speech and the right to bear arms.

“We should be able to do the most that we are allowed to do, as long as we aren’t infringing on anybody’s rights or liberties,” Versch said.

With 29 electoral votes, Florida is crucial to both candidates but especially Trump, who moved his official residence to his Palm Beach estate Mar-a-Lago from New York last year. A Florida loss would make it nearly impossible for Trump to reach the 270 electoral votes needed to retain the White House. The state typically has close elections, most notably in 2000 when Republican George W. Bush defeated Al Gore by 537 votes after a recount.

Under state law, counties can offer up to two weeks of early voting and many do, including Miami-Dade, Broward, Palm Beach and other population centers. Large counties offer multiple sites and all counties allow those who have received mail-in ballots to drop them off. The latest a county can start early voting is Saturday. The final day is Nov. 1.

About 2.5 million mail-in ballots have already been cast, with Democrats returning 1.2 million and Republicans about 758,000 as of Monday. Non-affiliated voters and third-party members make up the rest. The number of mail-in votes is approaching the 2.7 million cast in 2016 when Republicans had a 70,000-vote margin on returns. Trump defeated Hillary Clinton in the state by about 113,000 votes. No Republican has won the presidency without winning Florida since Calvin Coolidge in 1924.

Florida Republicans say they aren’t worried about the mail-in gap, believing any advantage Biden gets will be swamped by Trump supporters casting in-person ballots starting this week and on Election Day. They believe Democrats are “cannibalizing” their own votes — moving in-person voters to mail-in without increasing their overall support. They point to their increased voter registration, which narrowed the Democrats’ lead to 134,000, down 327,000 four years ago.

“Republicans are going to get their vote out,” he said.

While Florida Republicans have historically outperformed Democrats in mail-in voting, Schale said Trump’s criticism of the practice has crippled his party’s Florida mail-in effort — even though he has praised his adopted home state’s system.

“Trump basically decided to take a match and just torch 20 years of Republican work down here,” he said.

In Orange County, the home of Orlando, the elections supervisor’s website was unavailable Monday morning because of a problem with its domain. Supervisor Bill Cowles said there was no issue with hacking, and it didn’t impact voting.

In the Panhandle, Okaloosa County Elections Supervisor Paul Lux announced that he and an employee had tested positive for the coronavirus. That resulted in the closure of the early voting site at the county’s main office, but four other sites remained open. The Republican-dominated county has approximately 150,000 voters.

The Associated Press is a wire service to which WUFT News subscribes.
Previous Coronavirus Cases Rise To Highest Level Since Late July
Next Oct. 19, 2020: News In 90