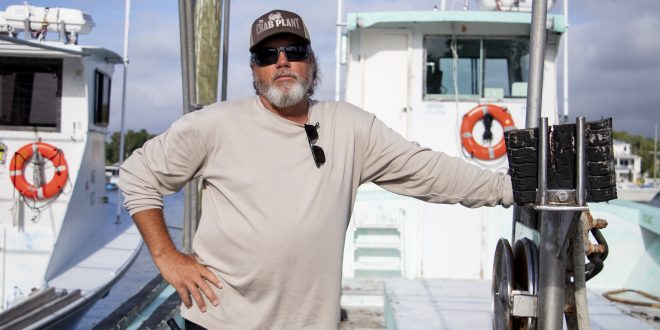 By Marlowe Starling and Samantha Chery

MIAMI – The Florida Fish and Wildlife Conservation Commission reeled in a compromise after dramatic changes it proposed to stone crabbing made the industry snap.

After originally threatening to shorten the stone crab season by five weeks, the commission conceded to complaints in a virtually held meeting on Wednesday and shortened the season by only two weeks, with a new end date of May 1. The new rules go into effect Oct. 1.

The commission finalized its rules after hosting a series of virtual workshops since June with industry stakeholders, who widely criticized the agency’s original proposals.

Stone crabs are unique among marine fisheries in that only claws of legal size are harvested, returning the live crab back into the ocean. Stone crabs regenerate removed claws.

“We’re not yet in a crisis mode with this fishery, but we’re seeing signs that trouble may be on the horizon,” said Gil McRae, director of the Fish and Wildlife Research Institute.

Commissioners and staff cited an overall decrease in caught stone crabs over the past few years based on their data as a reason for making changes now, even during a global pandemic.

Ending the season early is intended to reduce contact with egg-bearing females, said Krista Shipley, a Fish and Wildlife Conservation Commission staff member in the marine fisheries management division. Warm water temperatures act as a cue for female stone crabs to spawn, and coastal waters are warming earlier in the year due to climate change.

Some industry members expressed continued concern over any new regulations amid the coronavirus pandemic, which has ravaged Florida especially in recent weeks and caused some stone crabbers to retrieve their traps two months earlier than usual for the past season.

“We have no idea what the 2020-2021 crab season has in store for us,” she said during the meeting. “Will restaurants be open? Will crabs be bought? The season was already shortened due to COVID-19.”

This story was produced by Fresh Take Florida, a news service of the University of Florida College of Journalism and Communications. Chery reported from Ocoee, Florida. The reporters can be reached at mstarling@freshtakeflorida.com and schery@freshtakeflorida.com.

Marlowe is a reporter for WUFT News who can be reached by calling 352-392-6397 or emailing news@wuft.org.
Previous Criminal Stalking Case Against Fired Florida Health Data Scientist To Drag Into August
Next Ocasio-Cortez Rejects Yoho’s Apology In Verbal Spat