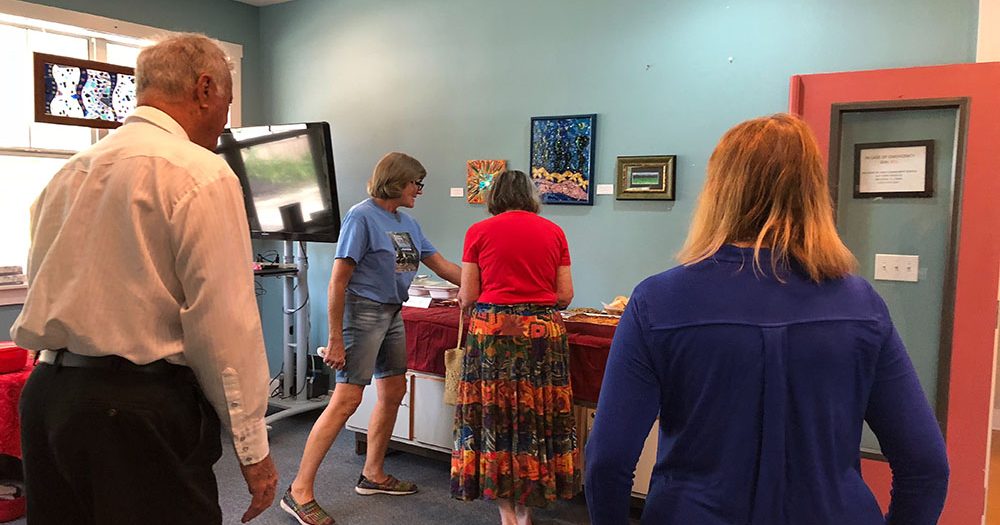 Melrose, Florida: Who Governs A Town With No Mayor?

This story is a part of Untold Florida, a WUFT News series built from your questions. An audience member submitted a question about how Melrose is governed without a mayor and who runs the town.

Melrose is an unincorporated community that had a population of 6,708 residents as of 2016. What makes this town different from similar towns is its jurisdiction: four counties (Alachua, Bradford, Clay and Putnam) have jurisdiction over different areas in Melrose.

Another difference is the fact that Melrose does not have a mayor.

“Well, we are at the corner of four counties,” said Joseph Rush, president of the Melrose Business and Community Association. “We are also not a municipality, so we don’t have our own government.”

There was a brief period when a Melrose city government was in place in 1902, and dissolved around 1911, according to the last-known records owned by Rosemary Daurer, co-author of “Melrose, Florida: An Illustrated History.”

“Melrose briefly had its own city government for a short while,” Rush said. “I’m not sure that we’re quite large enough now to have our own government.”

Along with not being a big enough town, a lack of mayor’s salary sources is another reason Melrose does not have its own mayor, according to Rush.

“Depending on what county your home happens to fall into, that’s who you call to get your street repaired, or something like that,” Rush said. “Likewise for police protection out here, it’s four different sheriff’s departments.”

The four counties share the responsibilities patrolling Melrose differently. This is possible because of “The Four Corners Agreement,” which allows officers from other counties to enter an area outside of their jurisdiction in emergency situations, and was signed on March 24, 2008.

“The agreement allows us to enter another county to investigate without needing to coordinate with the other counties’ sheriff’s departments in emergency situations,” said Joseph Wells, Putnam County sheriff’s department public information officer. “From time-to-time on service, we may see a Putnam officer in Bradford and Clay counties.”

Every year, the sheriffs from all four counties gather in Melrose for a formal ceremony, where the agreement is renewed.

“We have the ceremony to show Melrose that we’re committed to working together with the other counties,” Wells said.

According to Smith, the agreement works very well, because it helps build a camaraderie between the four departments.

“The most recent time, pertaining to the southern end of our county, was during a disturbance call at the Family Dollar in Putnam County on June 2,” Padgett said. “[We also went] on a warrant call within Bradford County a few weeks prior.”

While the four counties split police protection in Melrose, some decision-making falls to the Melrose Business and Community Association. Looking specifically at issues like police protection, the MBCA made an agreement with the sheriff’s departments to ensure the fastest response times for residents.

“The Melrose Business and Community Association has sponsored an agreement between the four sheriff’s departments, with letters of agreements,” Rush said. “If there’s a call that goes to 911, the closest sheriff or deputy is allowed to respond if it’s technically not in their county.”

The community also has its own volunteer fire department, Melrose Fire Station 24, which is funded by Alachua County.  “We are a financial contributor to making sure that public safety is first and foremost to the citizens of Melrose,” said Alachua County district four commissioner Ken Cornell. Since Jan. 1, the fire department responded to to 112 calls from the Alachua County area.

“So Alachua County provides us a budget, which totals about $109,000 per year,” said Kevin Mobley, 46-year-old fire chief of Melrose Fire Rescue Station 24. “We commit to providing at least one firefighter 40 hours a week to run calls and be at the station.”

While Alachua County funds the department every year, the firefighters pay for their vehicle’s insurance and worker’s compensation insurance on their own, according to Mobley. Putnam County also aids Melrose Fire Station 24, with various equipment and staff.

“What we do is provide the trucks, the engine, the tanker and a squad,” said Quin Romay, fire chief of the Putnam County fire department. “We provide an annual allocation budget that covers various things, such as fuel, utilities and other equipment.”

Putnam County also recently replaced equipment for the department, including oxygen tanks, the breathing apparatus that the firefighters use and an air compressor for the squad.

With Melrose residing across four counties, they each have different responsibilities in regards to managing the city.

Putnam County is responsible for looking over both of Melrose’s parks, according to the Putnam County Parks & Recreation.

Bradford provides general services to the residents, such as financial services, trash collection, police protection and medical care in the residences that fall in the Bradford County line.

“The fact that Melrose is right there on the edge doesn’t affect anything,” said Brad Carter, Bradford County manager. “They all get the same county services as any other resident in the Bradford area.”

Some residents support the idea of Melrose not having a mayor and being governed by four different counties.

“We like it the way it is,” said Stasia Rudolph, a 60-year-old retired executive with housing in both Bradford and Putnam counties. “Everyone pretty much behaves themselves, and we haven’t had any major problems yet.”

“We have a large distaste for large government,” she added. “We’re sick of these career politicians coming in, wanting to serve three terms and get paid.”

For some residents, rural charm of this community and an ability to directly influence the life of town makes Melrose a perfect place to live.

“The biggest fear we have is protection of the vintage and historic buildings,” Rudolph said. “The last thing we want in Melrose is an ugly strip mall or a Wal-Mart.”

Stephen is a reporter for WUFT News who can be reached by calling 352-392-6397 or emailing news@wuft.org.
Previous Gainesville City Commission Launches Campaign To Maintain Control Of GRU
Next Charles Goston Files To Run For State Senate Seat