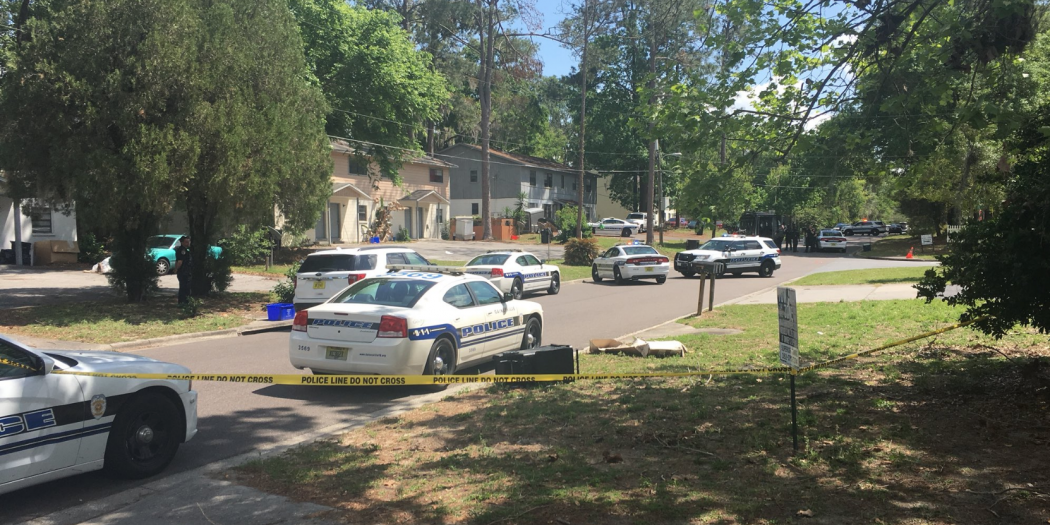 While some Gainesville residents spent their Easter Sunday in church, others spent theirs sitting in foldable lawn chairs watching what they thought was a hostage situation unfold.

Gainesville Police Department received a call from a resident of 3717 SW 28th Terrace shortly before 11:30 a.m. Sunday, GPD said in a release. In the call, an 18-year-old woman – whose name has not been released – said her husband had been abusive to her and had pistol-whipped her. The victim told police the violence began Saturday.

The woman – who only spoke Spanish – told police there was a potential hostage situation: Although she had escaped the house, she said her husband was still inside with a gun. She also said there may be a 6-year-old child in the house with him.

“I saw all this commotion,” Satarius Ray, a 30-year-old who spends time in the neighborhood, said. “When I got here, a SWAT team was trying to talk to him, trying to get him to come out.”

GPD had brought out its Negotiations Response Team (NRT) under the possibility that a child may be held hostage inside.

However, the child and mother were found safe among the crowd of spectators.

Meanwhile, negotiators had made contact via phone with the suspect. Although he said initially he was in the apartment, he later changed his story said he was no longer inside. Officers found the suspect alone on 3500 block of SW 31st Drive.

Police took him into custody without incident.

As of 5 p.m. Sunday, GPD believed there were still weapons inside the apartment and were in the process of getting a search warrant. As of the same time, police were still working to identify both the suspect and the victim.

Henry is a reporter for WUFT News who can be reached by calling 352-392-6397 or emailing news@wuft.org.
Previous Florida Voices: Julian Harrison, Small-Town Attorney
Next How Will $100 Million A Year In New State Funding For Land Conservation Affect Alachua County?