In Florida’s 3rd Congressional District, consisting of about 700,000 people, there are three names on the ballot: Ted Yoho (R), Ken McGurn (D) and Tom Wells (NPA).

Each are vying to represent the state’s newly-drawn district, which looks like this: 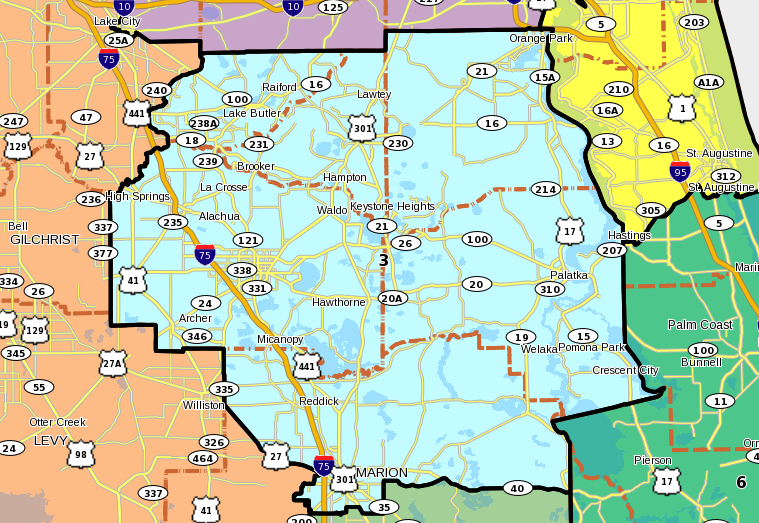 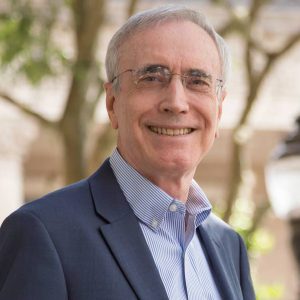 Ken McGurn was initially reluctant to accept his bid as the Democratic candidate for the Florida District Three House of Representatives seat. It was the words of a fellow veteran that finally convinced him that he had to run.

“He said, ‘Ken, you were in Vietnam. You were shot at. You’ve seen people hurt, injured,’” McGurn said. “’You understand that. You understand the nightmares we suffer. Nobody else does.’”

McGurn decided to run under the Democratic banner.

In Washington, he said he won’t be thinking about party lines, but rather for what’s good for America.

As a businessman, McGurn brings his expertise on the economy to the table. For his home city of Gainesville, McGurn said he has been part of large revitalization projects on the downtown area.

For other counties in the district, McGurn plans the same kind of revitalization.

In Marion County, McGurn owns the largest solar-producing project; in Alachua County, he owns another. He wants to know why it isn’t possible for the entire district to have a better solar infrastructure.

“We’re the Sunshine State,” McGurn said. “They got more solar in New Jersey. Jersey? Come on.”

And from estimates of a professor who McGurn is working with, his solar energy plan alone will bring in 8,000 new jobs to the district. And in his plan to revitalize walking trails throughout the state using only state funds, he predicts an inflow of tourists.

On minimum wage, he believes it should be immediately raised to about $10 or $11, and gradually raised from there.

He believes the biggest issues facing the district and the state are jobs and clean water. In his campaign, the majority of the funds are provided through himself and friends – he made it clear that none of it is special interest money. 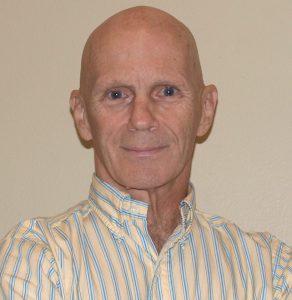 As a self-proclaimed “Berniecrat” with a doctorate in theoretical physics, Tom Wells is running a grassroots campaign aimed at creating large changes quickly and weeding out corporate corruption.

“The common point of agreement among essentially everyone that I’ve spoken to is that corporate corruption of congress is the principal and fundamental problem we have to overcome before we can do anything good for ourselves,” Wells said.

Wells has a three-point plan to rid Congress of corporate corruption. First is to make all congressmen take a pledge not to take money from corporations. Second is generous funding for general elections, including a “chip” system that would give everyone a chip to give to the candidate they support. And last is ranked voting, a system in which voters put down their first, second and third choices.

But the biggest issue facing the district and the state, as well as the nation and the world, Wells said, is global warming. It was Sen. Bernie Sanders’ dedication to that cause that inspired Wells to run.

With a Congress that represents the people, Wells said, the nation would use market forces – taxing greenhouse gas production – to make solar, wind, even hydroelectric and geothermal energy sources more cost-effective.

On creating more jobs, Wells is of the mindset: “Just do it.” His plan is infrastructure development, citing the rate that China is building new airports at.

In addition, one of Wells’ largest sticking points is the minimum wage, which should realistically be somewhere between $12 and $20 an hour, Wells said.

His campaign is running on about $1,000 total from himself and friends, Wells said. In terms of available resources, Wells said he’s invested more heavily than Yoho or McGurn.

In his campaign, he is also endorsing Jill Stein – a moves that he understands is generally “bad politics.” But at the end of the day, Wells said, he’d rather live with himself. 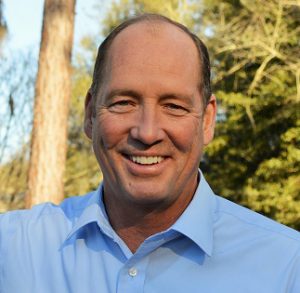 Incumbent Republican Ted Yoho first decided to run because he was tired of the Washington rhetoric of “fixing problems,” but nothing getting done. Yoho never identified himself with these career politicians.

In fact, the first bill he proposed was the TRUST Act, stating that any member of Congress who commits a felony would forfeit the taxpayer-funded portion of his or her pension. For Yoho, it was about returning accountability to the nation’s lawmakers.

About 80 to 85 percent of his campaign contributions comes from individuals, he said, mostly within the district.

“Some people just send in a petition,” Yoho said. “And those are the ones that probably make you feel the best. They’ll give you their last dollar.”

On the national as well as the local scene, jobs and the economy are the biggest issues, Yoho said. The middle and lower class working people are feeling an economic squeeze, he said.

His approach to bringing jobs to his district is, much like his campaign, hands on. Yoho has worked and continues to work directly with local businesses and individuals such as the Sid Martin Biotechnology Incubator. On the agricultural side, Yoho has worked with the U.S. Department of Agriculture to bring jobs to the district, he said.

“It’s a nonstop initiative that we just keep going. And every day, we’re doing something,” Yoho said.

On the federal minimum wage, the federal government needs to stay out of it, he said; he believes it’s a state issue. You work harder, Yoho said, and eventually you get paid more.

Growing up in the 1960s, Yoho said, when a lot of the nation’s air was hazy, he understands environmental concerns. He wants to work to find a balance between regulatory agencies and local businesses so that the water is clean and that the air is clean, but that businesses don’t suffer.

And before he leaves office, no matter what, Yoho said, the nation will have responsible immigration reform.

Ramon is a reporter for WUFT News and can be reached at news@wuft.org or 352-392-6397.
Previous Florida Votes 2016: U.S. House Florida District 11
Next UPDATE: Person Freed From Car Following Gainesville Crash