On Nov. 8, Gilchrist County will elect a new County Commissioner to represent District 3. This year, the candidates are Todd Gray, a Republican incumbent, and Richard Esseck, who is running with no party affiliation. 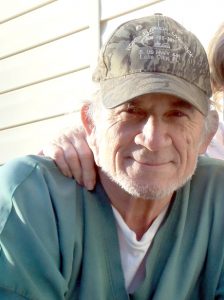 Esseck, from Bell, said that he became interested in running last year because he cares about his community, and he wants to create more jobs and opportunities for young people. Esseck said he believes in campaigning on a personal level, by knocking on doors and seeing what ideas or concerns the community has.

Esseck currently owns Lazycat Farm, which sells produce and meat goats in Bell. He has previously served in the military and was a patient care technician at Citrus Memorial Hospital. He is on the Board of Directors for the Elder Options Advisory Committee, as well as a committee member of the Transportation Disadvantaged Coordinating Board. 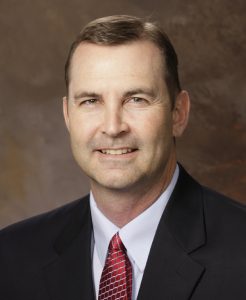 Gray, who lives in Trenton, said he decided to run for county commissioner after his construction company worked in and around the government for many years, and he came to the conclusion that there should be someone representing the public who had not been in politics for most of their life and could provide the perspective of an average person.

Gray is a churchgoer and said he’s heavily involved in the Rotary Club, Chamber of Commerce and local schools and sports teams. He owns Gray Construction Services Inc., which is based in Trenton but serves all of North Central Florida.

“As a first-term commissioner, I do the best I can to fulfill my duties,” Gray said.

Gray said the lack of jobs in Gilchrist County is an issue he has been attempting to solve since he was first elected. Gray said he would be concerned with bringing in industrial companies to create jobs because it would not fit the community. He would like to see more small businesses growing in the county to both fit the area and provide more opportunities for young people.

Gray said he also thinks U.S. Route 26 being widened would give the area more access to healthcare, an emergency evacuation route and provide local businesses a better route for trucking or bringing in goods.

“Our best product is being shipped away, and that’s our students,” Gray said.

Esseck said he is also concerned about the small number of opportunities awaiting high school graduates in the county. He said he would like to see more people in the county being able to start their own businesses, as well as perhaps create a better training program to teach skills like welding, carpentry, electrical or plumbing.

Incentives from the government to lease or rent industrial or agricultural spaces, he said, would help encourage more small businesses.

“These young people are doomed to have low-paying jobs unless we can create a better environment,” Esseck said.

On the environment
Both Gray and Esseck agreed that maintaining clean and high quality drinking water in the county should be a priority.

Gray said his main concern with water is achieving consistent quality and being able to preserve enough of it to handle the county’s needs in the future.

Esseck said he predicts that in a few years there will be a crunch on water usage. He also said that he thinks they may need to get away from the septic tank system and move toward sanitary systems to avoid pollution in waterways. He said he thinks it would be beneficial to have new construction focused around cities, so they can use existing infrastructure.

On Amendments 1 and 2
Gray said he is not opposed to solar energy but is concerned with making sure it doesn’t raise costs for others. On Amendment 2, the legalization of medical marijuana, Gray said he was not in favor.

Esseck said that he feels that solar energy is a good alternative option for energy, and he would support those who use it to make their bills cheaper not being charged for it. On Amendment 2, Esseck said he was torn — while he believes patients with terminal illnesses should be able to alleviate pain, he worries about being able to control the distribution of marijuana.

Amalie Batchelder is a reporter for WUFT news, and can be reached at 352-392-6397 or amalie.batchelder@gmail.com.
Previous Florida Votes 2016: Dixie County Schools Superintendent
Next Just A Drill: First Responders Prepare For Plane Crash At Gainesville Airport