The City of Gainesville and the Regional Transit System changed how they distribute bus passes to the homeless after it was discovered that some of the passes were being sold online.

In May, the city started distributing monthly passes to save money and to avoid bus pass members from taking advantage of the service.

Previously, Gainesville provided the homeless every year with two yearlong bus passes. The passes allow the homeless to travel to medical appointments, job interviews and to help with upward mobility.

GRACE Marketplace reported to the city that people were only using their onsite services for only 30 to 60 days, said Chip Skinner, Gainesville Regional Transit System’s spokesperson. Therefore, the bus passes are now going to be distributed monthly so the people living, eating and commuting to and from GRACE Marketplace will have free bus pass access.

“The bus passes were showing up online through Craigslist and other sale sites when they were no longer receiving those services from GRACE,” Skinner said.

Theresa Lowe, the Alachua County Coalition for the Homeless and Hungry executive director, said that it won’t be the same as the past, but the monthly passes will still be beneficial to those receiving them.

“We want to make sure that people can get to doctors, and they can get to other service providers that they need to connect with,” she said.

Jon DeCarmine, the GRACE Marketplace operations director, said he is grateful for the bus pass program.

“This year there were some problems with how those funds were going to be either identified or allocated,” he said. “And we were at a point where it looked like we might not get any bus passes.”

Skinner said that the new passes are more affordable for RTS and Gainesville, and they are more suited to those receiving services at GRACE Marketplace.

“Now with the monthly passes, we can help more individuals that are coming and going from GRACE,” he said.

Priscilla is a reporter for WUFT News and can be contacted by calling 352-392-6397 or emailing news@wuft.org.
@priscilla_jou
Previous NFL Announces Move of Pro Bowl to Orlando
Next Hurricane Series: New Floridians May Not Be Prepared 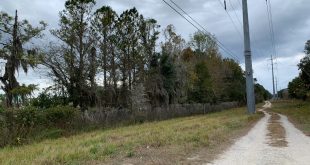