Florida Bill Would Ban Smoking In Cars With Children Inside

A proposed bill for the upcoming Florida legislative session would prohibit people from smoking in cars with young children present.

SB 548, filed by Sen. Jeff Clemens (D-Lake Worth), would ban smoking in a car with a child under the age of 13 inside. Officers would be required to issue a non-moving violation to drivers who violate the statute.

Dr. Lindsay Thompson, who specializes in pediatrics at UF Health, said the proposed bill is a step in the right direction toward protecting children from being exposed to secondhand smoke.

“At least every hour, we have a child come in with an illness that’s been made worse by exposure to smoke,” said Thompson. “There have been very important studies that show one cigarette in a car is worse for a child than bringing them to a smoky bar. So, I’m incredibly pleased to hear that this may be addressed in the state of Florida.”

Some law enforcement officers said it’s disappointing that such a law is even needed.

“It’s widely known that secondhand smoke, especially in very tight quarters, could be harmful to children,” said Gainesville Police spokesperson Ben Tobias. “So, for people to not do this on their own is very troubling. We always enjoy new laws that we’re able to enforce, but at the same time, this one is common sense.”

Up to 15,000 children aged 18 months or younger are hospitalized each year due to secondhand smoke exposure, according to the Center for Disease Control.

Zak is a reporter for WUFT News who may be contacted by calling 352-392-6397 or emailing news @wuft.org
Previous No-Kill Status In Sight For Alachua County Animal Services
Next Gilchrist County Sheriff’s Office Becomes Safe Place For Online Sales 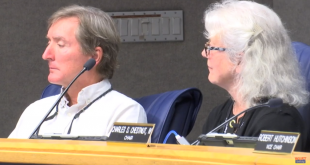 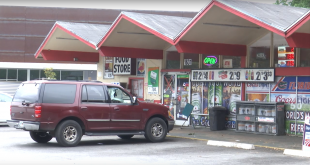 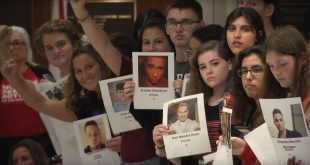 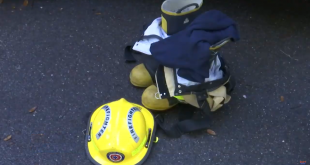 Firefighter Joey Malphurs is pushing for a bill that would help cover firefighters across the state who develop one of 21 kinds of cancer. The bill, HB 857, has 70 co-sponsors in the Florida House.